R.K. Narayan first, Mulk Raj Anand next, Raja Rao now. A generation of great writers has indeed passed away. Their legacy lingers, but alas, too few of us are aware of it. 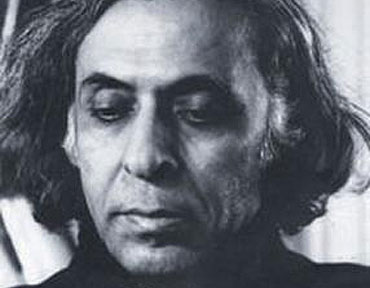 Because I belong to the generation of Nissim Ezekiel (b. 1924), which came two decades after the triumvirate of Indian fiction writers (Mulk Raj Anand, born December 12, 1905; R.K. Narayan, born October 10, 1906; Raja Rao, born November 21, 1909) who burst on the Indian and international literary scene in the 1930s, I would like to bear witness to the impact their writing had on us when we were college students. Since in those days one had just eight years of school and then immediately went on to college, it meant that many of us when we began our undergraduate studies were just 15 years old or younger: a most impressionable age. Between them, Mulk Raj and Raja Rao, and to a lesser extent R. K. Narayan, changed our way of thinking and our world.

Imagine India in 1941, the year I entered St. Xavier's in Bombay. The war in Europe had taken an ominous turn, Gandhiji was whipping up our nationalistic fervor, we had wild dreams of independence, and in less than a year Japanese troops were threatening our borders. In this upside down world, where my professors were delivering learned lectures on Shakespeare
and Milton and the Lake Poets, on Charles Dickens and Thomas Hardy, at a secondhand bookshop on Kalbadevi Road I picked up a cheap Penguin edition first of Untouchable, and then of Coolie. My friends and I had never read anything like these two powerful novels before--we could smell the Indian earth underlying the Indian English. Not the King's English any more, because Mulk Raj had snatched it away from the Brits and made it our own.

Though Raja Rao’s Kanthapura had been published by Allen and Unwin in London in 1938, it did not become widely available in Bombay until Oxford University Press produced an inexpensive edition in 1947. Its theme of dissent and repression remained relevant, but the impact on us was more political than literary; even today, on rereading it now and then, I feel it comes across as a political (I could have said revolutionary) tract written at white heat. It is at once brief, and also long enough.

R. K. Narayan made a different sort of impact. Where Mulk Raj and Raja Rao had produced stirring novels that held our attention and engaged our emotions, RK’s first three (Swami and Friends, The Bachelor of Arts, The Dark Room) were apolitical; we found the facility engaging; but the simplicity put us off, because as teenagers in those tumultuous times we were far too earnest to appreciate his true worth. Time, of course, remedied that.

One great lesson we young aspiring writers learned from these three masters was that the lives of poor, "ordinary" men, women and children could provide riveting literary material. But while Mulk Raj and R. K. Narayan continued to be prolific,
it is unfortunate for us that Raja Rao did not produce another novel until The Serpent and the Rope, published in London in 1960, and in New York three years later. But what a novel that was! By then my wife and I had long been settled in New York, and reading just the very first few paragraphs sent me into a deep introspection. And sadness! I realized for the first time just how much of a rich tradition and heritage I had missed in growing up (and being brought up) in a Westernized milieu; this is not a feeling I had ever had in reading either Mulk Raj or  R. K. Narayan, and it produced a profound and lasting ache within me. Even now, should I find myself feeling too smug about myself, I only have to read the opening  paragraphs of The Serpent and the Rope, and am instantly cut down to size.

Over the past few years I found occasion to phone Raja Rao in Austin and had a couple of brief but fruitful conversations on matters of no great consequence; his wife, always charming, usually picked up the phone first. She once warmly invited me to come and visit, but I had a quadruple bypass shortly after and I never followed up on her invitation. Too late, I wish I had.

R.K. Narayan first, Mulk Raj Anand next, Raja Rao now. A generation of great writers has indeed passed away. Their legacy lingers, but alas, too few of us are aware of it.

Victor Rangel-Ribeiro is the author of the novel Tivolem and the collection of short fiction titled, Loving Ayesha and Other Stories.