Pujara has returned from the West Indies a stronger, more confident and more determined batsman 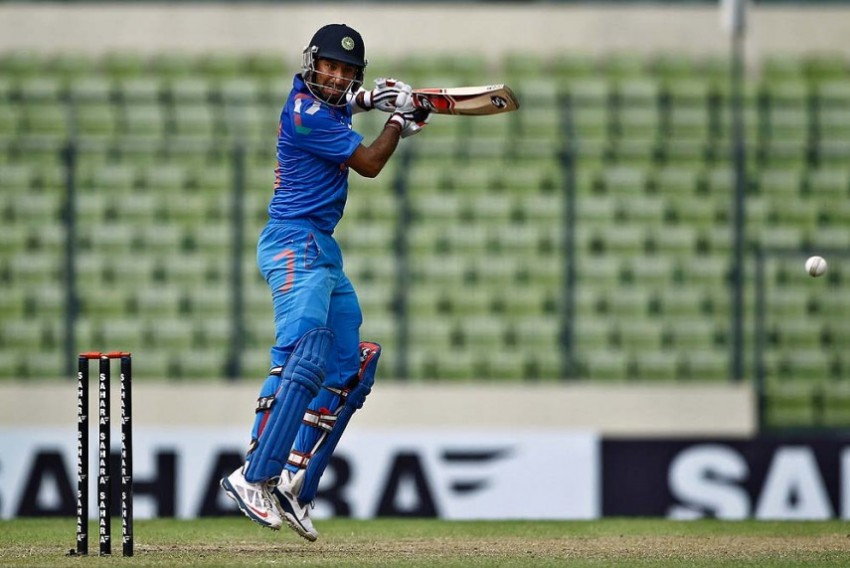 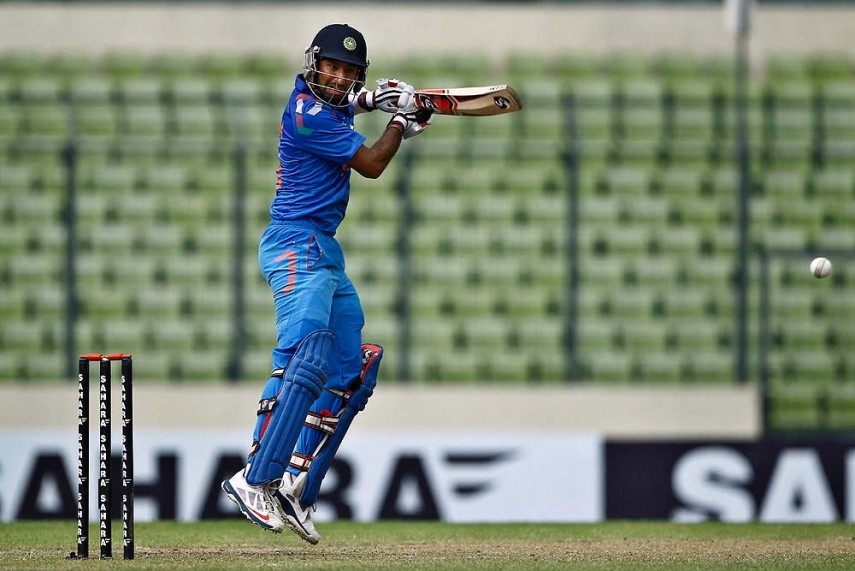 In a way, the recent tour of the West Indies may have proved a watershed for Cheteshwar Pujara, who seemed to have curbed his natural game as he had been struggling for a long time to convert a string of good starts into bigger innings —  right from the home series against South Africa and even before except that hundred (145 not out) in the third Test in Colombo in Sri Lanka.

Pujara has returned from the West Indies a stronger, more confident and more determined batsman and it reflects in the purple patch he has struck against New Zealand in the ongoing series. In fact, he seems to have regained his original touch as he is hitting the ball more frequently, playing his shots and scoring at a brisk strike rate.

But the situation was not quite rosy for Pujara in the West Indies. With Ajinkya Rahane already firmly established in the middle-order, the sudden rise and rousing success of Lokesh Rahul may have put extra pressure on Pujara to perform and retain his place in the team.

A fluent striker of the ball, Pujara was reduced to a seemingly strokeless batsman in the Caribbean. He surprisingly went into his shell and scored a laborious 16 (no fours) off 67 balls before being caught by Kraigg Brathwaite off leg-spinner Devendra Bishoo in the first Test at North Sound in Antigua.

Pujara's "excessively slow' batting drew criticism from many quarters. Sunil Gavaskar, otherwise an admirer of Pujara's technique and temperament, was one of the several former Test cricketers who questioned his attitude, especially when other batsmen, including those down the order, had no problem scoring freely.

Unmindful of criticism, Pujara continued batting in the same way and made a painstaking 46 (4 fours) off 159 balls before being unfortunately run out in the second Test at Kingston in Jamaica.

The pain of missing a golden opportunity of playing a big innings after coming so agonisingly close was writ large on Pujara's face when he was returning to the pavilion after losing his wicket the way he did. "He was all but crying," said a recently-retired India player requesting anonymity.

Although very cautious and watchful at times, this was not Pujara's style of batting. His 62 runs in two innings came at an unspectacular and, according to many, unforgivable strike rate of 27.4. As ill luck would have it, he did not get to bat in the second innings of both the Tests.

He was expectedly dropped from the third Test at Gros Islet in St. Lucia to make room for Rohit Sharma. Captain Virat Kohli replaced Pujara at No. 3 and scored 3 and 4. Pujara returned for the fourth Test at Port of Spain in Trinidad. But he did not get to bat as the Test was abandoned after 102 minutes' play because of rain and poor ground conditions.

"I think it isn't fair to criticise Chintu [Pujara's nickname] for his somewhat slow batting in the West Indies. He had not played international cricket for a pretty long time. Most batsmen take a little time in such a situation to settle down," former Saurashtra cricketer and Pujara's uncle Bipin Pujara told Outlook.

"The pitches in the West Indies were slower and both the new-ball bowlers and spinners were bowling a good line and length. And when you are batting at No. 3 in Test matches, you've to be extra careful, especially when there is an early wicket. India lost opener Murali Vijay in the 7th over in the first Test, which meant you had to build the innings."

He further added: "And don't forget that he got to play only two innings in the three Tests he played. I thought he was shaping well for a big knock in the second Test when he was sadly run-out. If he had been a bit lucky, and essayed a typically long innings, all this talk about slow batting would have vanished in the wind."

Prakash Bhatt, an experienced former Saurashtra player and first-class match referee who has watched Pujara from close quarters, echoed the same sentiments. "Chintu has never been a slow batsman. It just isn't his game. He loves to go for his shots and you can't contain him for too long," said Bhatt.

"However, the West Indies presented a different situation to him. He doesn't fit into the selectors' schemes of things when it comes to ODIs and Twenty20s. Being a Test specialist, he doesn't get to play much international cricket. And since he wasn't part of any IPL team last season, he didn't get to rub shoulders with international players.

"What I mean to say is he was away from international cricket for months. You've to give him time as well as assurance [of being a certainty in the team] to play and perform without any pressure. You should know that Test cricket is played over five days. You can't go to the wicket and start smashing the ball like in a ODI or a Twenty20.

"Chintu is a serious-minded, responsible cricketer who knows only too well his responsibility as a Test specialist batting at a crucial No. 3 position. Compared to the West Indies attack, New Zealand's bowling is far more varied and challenging. And just look how beautifully he has been batting in this series."

Kohli had a discussion with Pujara in the West Indies over his approach, which was understandably not complimentary, according to the outgoing chairman of selectors, Sandeep Patil. Coach Anil Kumble, too, had a worth with the struggling batsman. And that probably was a key to Pujara's transformation when he landed in India.

He simply dominated the Duleep Trophy, played under light and with the pink ball, scoring 166 (280 balls, 24 fours), 31 (35 balls, 5 fours) and 256 (363 balls, 28 fours). With such heavy scores under his belt, he was bound to pose a challenge to the Kiwis. Kohli made the following statement after Pujara scored two brilliant half-centuries in the first Test:

"Pujara absorbs the pressure really well. But after a certain stage in the innings there comes a time when the team needs runs. That's where we felt he has the ability to capitalise. It was just about conveying that to him. He has worked hard on his game. He scored at a good strike rate in the Duleep Trophy.

"Even on this wicket he was scoring at 65, almost 70 strike rate. It was a revelation for me to see Pujara bat that way. He used to bat that way initially, especially at home. If you see his double hundreds against England and Australia, he will dominate spinners. That's exactly what we wanted him to do.
"We didn't want him to go into a shell. We want Pujara to bat to his potential. Once he starts scoring runs to go with the composure he already has, it becomes very difficult for the opposition to have control of the game. That's all we wanted to convey to him.

"He understands what the team wants. He has worked hard on his game. He has come back and he is playing more positively, which we appreciate as a team and me personally as a captain. He has not told us, ‘This is my comfort zone and I'm not going to get out of it.' That is the kind of character we need to win games and series."

Two days after what Kohli said, Kumble went a step further and defended Pujara strongly even for his performance in the West Indies. Emphasising that "strike rates are relevant only for bowlers in Test matches" and that "you need to bat based on situations", Kumble stated, "Pujara is a very important cog in our team and in our plans. He has been successful. And I know that he will continue to be successful."

Pujara is one of the mainstays of India's batting. It is heartening that he has recaptured his original touch and form as India is going to host England next. Do not be surprised if he plays a mammoth innings or two against some of India's opponents, not just England, in this crowded season.

The Rise And Rise Of R. Ashwin