Aranyer Din Ratriis a nuanced, multi- layered 'human document' as indeed all his films are, beginning with his very first film ‘Pather Panchali,’ which won the ‘most moving human document’ award at Cannes in 1956. 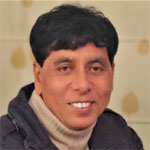 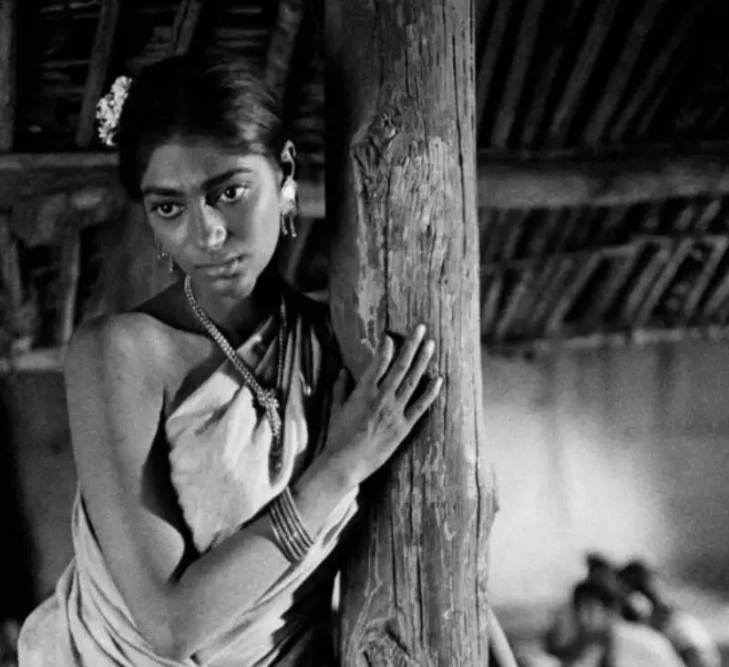 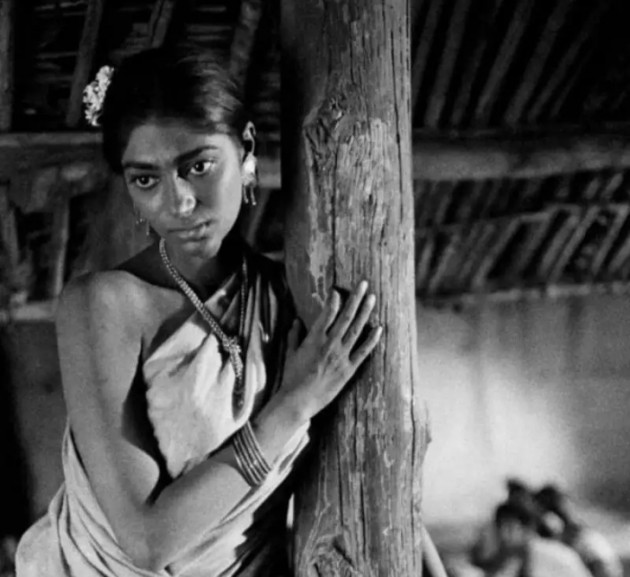 Rabindranath and Rabindrasangeet, Birendra Krishna Bhadra’s Chandipath on Mahalaya morning marking the commencement of Durga Puja and Satyajit Ray’s movies and stories -- entire generations of Bengalis have grown up on these, their lives inextricably bound to these timeless cultural landmark sover the years. Three immoveable, unchanging reference points in a frighteningly changing world.

It is perhaps fitting that just short of Satyajit Ray’s upcoming Birth Centenary year, his iconic film Aranyer Din Ratri (Days and Nights in the Forest), turns 50 this year, because this movie set the trend for a lot of his later work.In the opening shots of the film we are treated to beautiful scenes of a lonely ambassador driving down empty, open forest roads as four city youths ( played by Soumitra, Subhendu, Shamit Bhanja and Rabi Ghosh)set out to discard their city shackles and lose themselves in the wilderness, burning copies of “The Statesman’ to sever their ‘last remaining links with civilisation’ as Rabi Ghosh quaintly puts it.

They bribe their way into a Dak Bungalow at Palamau where they hold no prior booking, getting past the impoverished chowkidar with a sick wife, for a few rupees, in a show of typical ‘big city sophistication’… or arrogance!

In today’s world, the youths probably wouldn’t have bothered about down at heel dak bungalows with basic facilities and probably looked for air conditioned accommodation with ensuite showers, instead of braving the open well where the protagonists take their baths in the film, suffering the mortification of being seen during one such exercise by the ladies they were trying to court ( played by Sharmila Tagore and Kaberi Bose), when they suddenly turn up there unannounced one day.

And of course, how does one forget the tribal girl played by Simi Garewal in the film.
Today, getting away from civilisation would perhaps simply mean losing internet connectivity and mobile signal on smart phones and other online devices, as portrayed by Goutam Ghose 33 years later, in a later day sequel to the film which he called ‘Abar Aranye’(Again in the forest).

But back then the world was like that and as always, Ray depicts it perfectly. A visual record of the attitudes and society of those times, woven delicately into the storyline. Of a Way of Life that has since disappeared, much like the generation who lived it at the time.

Aranyer Din Ratriis a nuanced, multi- layered Human Document as indeed all his films are, beginning with his very first film ‘Pather Panchali,’ which won the ‘Most Moving Human Document’ award at Cannes in 1956. Who can ever forget that perfect Satyajit Ray tableau of fields of white ‘Kaash’ swaying gently in the breeze, offset by a trail of black smoke from a passing train seen through swaying stalks, as Apu and Durga romp towards it in childish wonder. Sheer poetry on celluloid.

Six years afterAranyer Din Ratri was released, we were to visit Betla, also known as the Palamau National Park, where the film was shot, travelling from Hazaribagh Road where my parents and uncle-aunt had rented a beautiful house called Prantorika (The Horizon Line) for our Durga Puja holidays.Its extensive grounds dotted with Custard Apple trees and an open to the sky sit out, where family and friends could gather and chat or sing or just sit quietly together for hours under the stars, or in the mellow softness of a full moon at night, while Lapwings called crazily in the distance.

Much like the Bungalow belonging to Sharmila Tagore’s family in the film.

It was a quieter, more laid back and definitely more gentle time and in 1976, people still went on leisurely vacations like that and you could still find a large number of these ‘winter residences’ of prosperous Bengali families from Calcutta, who in earlier times would come down to these salubrious climes, complete with their extended family and cooks and bearers, in what was then considered to be ‘Poshchim,’ or the western part of East India, on a haoa bodol, or ‘change of air’ trip - to places like Deoghar, Jasidih, Madhupur, Simultala, Jhargram, Palmau and Hazaribagh.

This then, was the setting of Aronyer Din Ratri, it’s ethos so sensitively portrayed on celluloid, by the Master.

In almost every town in Eastern India at the time, Bengali lawyers and doctors, teachers and other professionals, originally from Calcutta or thereabouts, had built up flourishing practices and careers and were pillars of local society, much loved and respected.

The character of Sharmila Tagore’s father in the film is modelled on such an individual. Someone who had lived there for a large portion of his life, but had sent off his children to the Big City, in search of better higher education, perhaps after an initial grounding at a secluded local Convent School, run by missionary sisters with their stern discipline and emphasis on good manners.

And the children had now returned for a visit as young adults who had developed big city sensitivities, tempered by traditional small town reticence, a trait beautifully expressed by Sharmila Tagore in the delicate understated nuances of her character in the film. Thanks no doubt,to a number of retakes by Ray, a perfectionist if ever there was one, who would never be satisfied if those nuances were not sufficiently forthcoming, visually.

And probably no other scene embodies these as beautifully as the Memory Game played by the protagonists, by the banks of the beautiful Koel River in the film.

Back in 1970, Aranyer Din Ratri was probably the second one of Satyajit Ray’s much-loved ‘travel’ movies, (he’d made Kanchenjunga, set in Darjeeling earlier in 1962), where the protagonists go out to a tourist destination, away from the city and the storyline plays out there. This was followed up by the equally iconic ‘Shonar Kella’, in 1974.

In what was essentially a film based on one of his own detection/adventure stories for children, Shonar Kella had similar scenes of Feluda, Topshe and Lal Mohon Babu in an Ambassador driven by the ever reliable Singh ji, hurtling down a lonely desert road near Jaisalmer, on the trail of goons who had abducted a young boy who claimed to remember scenes from his past life at a Shonar Kella, or ‘Fort of Gold.’

Generations of Bengalis, have grown up on these movies and the ones that followed. Every time Ray set the next Feluda adventure at a new tourist destination, in places like Gangtok, Shimla, Benaras– the average Bengali’s wanderlust vicariously fed off the locations and off the romance of the train and road journeys depicted in vividly enjoyable visuals. Shots that were so much a part of thestoryline and visual appeal of these films.

Ray’s ‘Feluda’ detective stories would appear every year in the Sharadiya Shankha or Durga Puja Special Issue of the popular Bengali magazine Desh, at the time and generations of readers in Bengal, young and old,male and female, waited with bated breath, to get hold of those special editions. They were almost as much looked forward to, as the Durga Puja itself!
And nearly 40 years after Shonar Kella was made, I remember our tourist guide at the fort at Jaisalmer telling me how indebted the people of that city were, to ‘Mr Satyajit Ray’ for having located the film in their region and reached out to a million hearts with the sheer visual appeal of the fort and its surroundings.He said it helped to kickstart tourism in the hitherto quiet desert town, as droves of Bengali tourists descended on it, followed by others, changing their lives forever.

That did not happen quite as much with Palamau and Betla, the setting for Aranyer Din Ratri, probably because of security issues, but even so, a steady stream of visitors still went there, to live out and savour the romance of the unforgettable ‘Days and Nights in the Forest’.
Half a century later, the film never ceases to amaze and still touches a chord in the hearts of viewers each time they watch it. It remains a poignant visual documentation of the interplay of subtle human emotions set against the majestic backdrop of the forest, that leaves you thoughtful and joyous, at the same time.