Pakistan and Israel are too dependent on the US not to be manageable. But a non-compliant India outside the NPT-CTBT net, by its example, has the potential for wrecking the decrepit non-proliferation system. 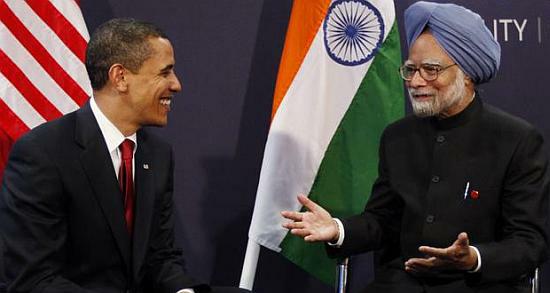 US President Barack Obama won this year’s Nobel Peace Prize; now he has to prove he deserved it. Obtaining a Comprehensive Test Ban Treaty (CTBT) as a prelude to the nuclear disarmament he promised to move toward in his widely acclaimed speech in Prague earlier this year may be his ticket. The other grand objectives such as Arab-Israeli rapprochement, peace with the Islamic world, quelling international terrorism, or pacifying the Afghanistan-Pakistan region seem more difficult to achieve.

There are serious obstacles, alas, to realizing a CTBT. As a follow-up to the 1963 Limited Test Ban Treaty that banned nuclear tests in the atmosphere, underwater, and in outer space, this treaty prohibits underground testing, thereby preventing aspirant states from crossing the weapon threshold. Almost all the signatories to the 1968 Non-Proliferation Treaty (NPT) have signed the CTBT, but India, Pakistan and Israel have refused to do so. The problem for the US lies in trying to convince important signatory states, such as China, to ratify this accord rather than make US ratification a pre-condition for doing so. Many in the US senate, liberals and conservatives alike, however, are expected to insist that India, Pakistan and Israel get on board before they approve the treaty, which highlights the clashing national interests that make securing CTBT immensely difficult.

India is the pivotal state for advancing the US non-proliferation agenda. During her July visit to Delhi, Secretary of State Hillary Clinton indicated that CTBT was the Administration’s priority and urged the Indian government to fall in line. With Obama chairing the special September 24 meeting of the UN Security Council, his agenda was articulated with the near unanimous passage of Resolution 1887 demanding all the countries that have not signed the Non-Proliferation Treaty (NPT) to do so as “non-nuclear weapons states” and to agree to the CTBT as well. Though possessing nuclear arsenals, India, Pakistan and Israel are not considered nuclear weapon states – a privilege enjoyed only by the five Permanent Members of the UN Security Council. Predictably, India rejected the resolution outright.

However, by turning the non-proliferation clock back to 1968 when the NPT came into being, what was ignored, firstly, was the emergence on the scene of a clutch of new nuclear weapon states despite the most determined efforts at prevention and technology denial. And, secondly, there are the realpolitik considerations that led certain NPT-recognized weapon powers to either transfer nuclear weapon technologies to client states (China to Pakistan, US and France to Israel) or to turn a blind eye to this proliferation activity (US, UK, France vis-à-vis the China-Pakistan nuclear nexus). Such trends have made it easier for many countries to resist both this treaty and the CTBT as hypocritical and irrelevant.

The threat of American military intervention, moreover, has incentivised the spread of the bomb. Targeted states labelled rogue and deemed worthy of democratisation experienced a forcible make-over (Iraq), succumbed to inducements (Libya), or responded by surreptitiously building up basic nuclear weapon capabilities, tapping the black market when necessary. Feelings of insecurity and marginalisation are leading a number of aspirant states (Saudi Arabia, Brazil) and the countries directly in the Western crosshairs to look upon fission devices as diplomatic leverage and as a means to deter military aggression and pre-empt big power interference in their affairs. But such developments only reflect a break down of the extant nuclear order.

The consensus for a new non-proliferation system, however, is not in sight because, in pursuit of genuine disarmament, the principal beneficiaries of the status quo appear unwilling to go beyond arms control or to accept the need for overhauling the non-proliferation regime. With the US and Russia, in particular, reluctant to eliminate their weapons inventories in a time-bound fashion, lesser states facing dire threats to their security can muster more credible reasons for owning similar weapons.

India has always been cautious about acceding to inequitable non-proliferation/disarmament agreements. The Indian view is that what such schemes end up doing is “disarming the unarmed,” as K.C. Pant, a former Indian Defence Minister, put it. There are two main reasons why even so US friendly a government as Prime Minister Manmohan Singh’s will not commit to the CTBT. Recently, K. Santhanam, coordinator of the 1998 test series, publicly revealed the thermonuclear device tested to be a dud. Coming a decade after the tests, this disclosure was meant to pre-empt the Indian government’s signing the treaty. It has succeeded in firming up public opinion behind the country’s obtaining safe and reliable thermonuclear armaments, reducing the issue to not whether India will resume testing, but when and under what conditions. Manmohan Singh may not order new tests during his tenure. But Singh is unlikely to close the testing option either, as the ruling Congress Party is loath to alienate its coalition partners who are against compromising on nuclear security.

The other reason is China. Its nuclear forces, boasting proven megaton thermonuclear warheads in launch-ready state, outmatch the Indian deterrent with only the 20 kiloton weapon as its tested mainstay. China’s conventional military is both larger in size and, quality-wise, equipped with better bulk weapons. This military imbalance may be spurring China’s growing bellicosity towards India. It is massively arming Pakistan and, to compound its original proliferation sins, is reportedly transferring “boosted fission” weapon-related materials (tritium) and technology to the country. And, most worryingly, it has initiated a project to divert the Yarlung-Tsangpo River in Tibet northwards to meet the water needs of its arid interior. The Yarlung-Tsangpo becomes the Brahmaputra River as it crosses into India and is the lifeline for the Indian states in the east and north-east, and Bangladesh, and its diversion would be a casus belli. At a minimum, it will compel Manmohan Singh to ramp up India’s military wherewithal and force him to do a rethink about having insufficiently tested fusion weapons compared to the proven, large yield, thermonuclear armaments in Chinese employ. He would not want India to be in a situation where it finds itself strategically and psychologically overwhelmed by China.

The Indian government’s stance on CTBT has led to talk of the US possibly sharing its thermonuclear explosion physics data with Indian weapon designers and permitting the latter the use of the giant inertial confinement fusion facility in Livermore to obviate further testing by India. The paucity of indigenous test data, however, will make it nearly impossible for Indian scientists to take advantage of this offer. It will, moreover, still leave unaddressed the matter of selling a treaty to the Indian people that permanently seals the country’s nuclear testing option, freezes its thermonuclear weapon technology at a fairly basic level, increases reliance on the US, and hurts India’s strategic autonomy.

Pakistan and Israel are too dependent on the US not to be manageable. But a non-compliant India outside the NPT-CTBT net, by its example, has the potential for wrecking the decrepit non-proliferation system. It shows up the self-interest fuelled drive – the ecological reasons for a ban on testing, for instance, do not apply because unvented underground tests pose no environmental hazard – by the five NPT-favored nuclear weapon states to retain a flawed but advantageous global nuclear order, and entices more states to become nuclear capable and self-reliant in security.

Bharat Karnad is professor at the Centre for Policy Research, New Delhi, and author, most recently, of India’s Nuclear Policy (Praeger, 2008). Presently he is a Visiting Scholar jointly at Princeton University and the University of Pennsylvania. Rights:Copyright © 2009 Yale Center for the Study of Globalization. YaleGlobal Online

Why Is The FBI So Coy?