Arguably one of the most prominent poets of our time, Nida Fazli will remain alive in his immortal poetry… 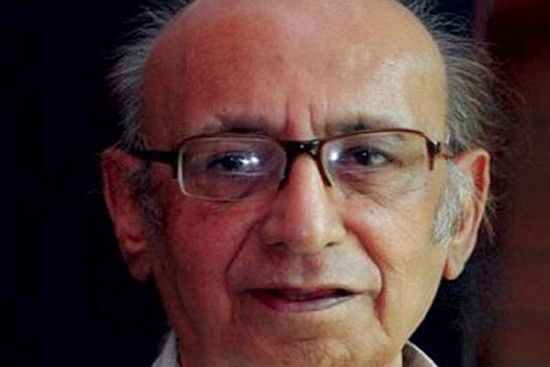 On the night of January 31, Nida Fazli and Wasim Barelvi shared the stage at Gorakhpur. Barelvi complained that the audience was barely visible because of a dense fog. Fazli responded promptly that once the poets start lighting candles of their verse, faces in the audience would light up.

Prof. Wasim Barelevi, a prominent contemporary poet, fondly remembers Nida Fazli, who passed away on February 8 in Mumbai and said that Fazli inspired optimism in faceless people, asking them to light up their earthen lamps from the setting sun. To understand life, in his words, one should listen to the language of love (ishq kije phir samajhiye zindagi kya cheez hai). "A pious human heart beats in all his verses. He will continue to live through his inspiring literary works," Barelvi tells Outlook.

One of the finest poets of our times, Nida Fazli, unlike many of his overrated contemporaries, wrote in simple and direct language. "Like Kabir and Nazir Akbarabadi, his favourite poets, his poems reflected his first-hand experiences and observations and not just a play of words."

His poetry reflected complex concerns with astounding ease, recalls singer-composer Seema Anil Sehgal who has sung many of his ghazals.

(Lord Krishna of Vrindavan God, Just He
Flute, Radha, geeta, cow, God, Just He
The prostration of the religious, the prayers of the priests,
The cries of the labourers, God, Just He)

Nida Fazli wrote in almost every format of poetry including ghazals, nazms, dohas and songs; some of his film songs have set a benchmark, breaking the notion that films have no space for literary excellence. TS Eliot, Gogol, Anton Chekhov, and Takasaki immensely inspired Nida Fazli. One of his favourite poets, Walt Whitman's observation that "the proof of a poet is that his country absorbs him as affectionately as he has absorbed it" he would often say.

He avoided Urdu spoken by "Sherwani wearing Mullahs" and Hindi spoken by "Dhoti clad Pandits.”" He chose a language which in the words of Gandhi Ji was "Hindustani" spoken by the common man on north Indian streets.

"Poetry is the art of showing the unseen part in what is being looked at," he would say and would approvingly quote Tagore who said, "one can write on everything from speck of dust to stars, provided one relates oneself with the subject."

I last met Nida Fazli during his last visit to Jammu some years ago where we had a long conversation. Though we stayed in touch over phone thereafter, it seems like yesterday as I can vividly recall his incisive views on a variety of issues:

(Why should one listen to every single thing silently?
At least sometimes one should muster courage and say 'no'!)

Have you ever reflected, he had asked with a twinkle in his eyes, how all religions have portrayed God as a benevolent dictator ? This, he added, had hampered the struggle of human beings for a just and equitable society. Whosoever challenges this order, he is snubbed and punished. "I have also been the target of ridicule for writing lines like these:

(The mosque is too far from home, so let's do this
Let's make a weeping child laugh)

"I follow the Sufi tradition because they brought God out of stone walls of temples. If we start ignoring Kabir and Amir Khusroo, soon we will soon have slogans like Naara-e-Taqbir and Har Har Mahadev echoing in every household."

Idols kept inside offered ghee, poori and sweets!
Outside the temple God begs for alms!

A child upon seeing a mosque grand exclaimed,
God, you have such a big house!

He was caustic when reflecting on politics and society. "Economics rules politics. Today's politicians can't distinguish between Dawood and Ghalib, Chota Rajan and Munshi Premchand. Politicians don't want the common man to get education; they fear he would start questioning their actions like Ghalib: "yon hota to kya hota?”"

On partition and creation of Pakistan: Unfortunately, history of 5000 years was ignored and only a period of last 1300 years was taken into consideration when the country was divided. Religion was not the cause for partition; it was only a political tool," he reflected.

"In his first Presidential speech, Mohammad Ali Jinnah proclaimed Pakistan as secular country where no one would be discriminated against on the basis of religion, language, ethnicity and other similar factors. So, where was the need to divide the country? Unfortunately, Jinnah got enlightened only after lakhs of people were killed and rendered homeless, exactly the way Asoka embraced Buddhism only after lakhs of people had been slaughtered," he added with a wry smile.

Nida wrote after his first visit to Pakistan:

(Hindus are having fun, so are Muslims,
People are worried here as well as there!)

When Sarabjit, an Indian imprisoned in Pakistan, was killed in a Pakistani jail and in retaliation, a Pakistani prisoner, Sanaullah was killed in Jammu jail here, Fazli wrote a poem in which referring to Sadaat Hasan Manto's well known character Toba Tek Singh, he declared,

His anguish was apparent. India, he told me, is a country where a saint like Laleshwari Devi had Sheikh-ul-Allam as her disciple and which allowed an Indian singer Jagjit Singh to hold a concert in Pakistan to raise funds for medical treatment of Mehdi Hasan. But this legacy, he realised, was being threatened.

(Someone is Hindu, someone is Muslim, someone is Christian
Everyone is hell bent on not becoming a human being)

Still he remained an incorrigible optimist. And despite the horrors of war, communal hatred and violence and cries for justice, he believed life is beautiful:

"When I see someone feeding pigeons in the morning or a baby smiling in her mother's lap or a full bright moon smiling over Taj Mahal, my faith in humanity gets stronger," he said with a laugh.

Nida, whose wife is Hindu, once wrote in an article for BBC Hindi website, "A bit of Hinduism, Islam, Buddhsim, Sikhism and Christianity is part of the upbringing of my daughter."

Despite having borne the brunt of being outspoken against communalism, divisive politics and social hypocrisy many a times, Nida—who wrote: 'Zuban mili hai magar humzuban nahi milta' (I have language but can't find someone who speaks the same) in a famous ghazal, remained a powerful voice of the voiceless all through his life.

Nevertheless, one of his ghazal in Insight—which is a collaborative musical album of Jagjit Singh and Nida Fazli, bears testimony to his conviction:

(We didn't change ourselves, we remained who we were
We kept meeting people and yet remained strangers.)

One of his admirers, Adnan Mehdi Naqvi, posted on facebook : Sad, the dream of Hindustan for which you decided against migrating to Pakistan, could not turn to reality in your lifetime."

(Every one listens to what is being said, No one knows of the pain within
In a marketplace of noise, no one recognises silence)