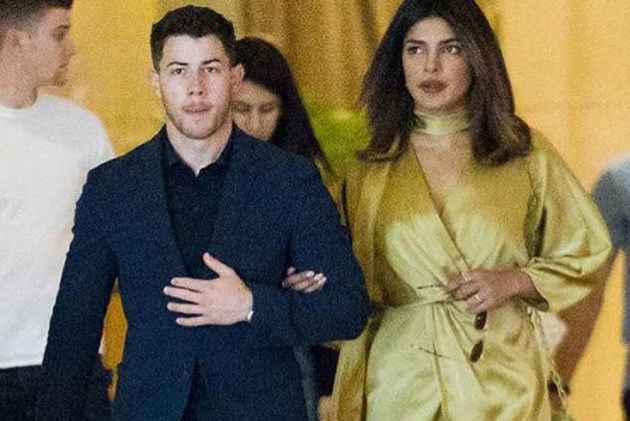 The family was spotted at the Chhatrapati Shivaji International airport here on Thursday night. It was earlier reported that Jonas and his immediate family are travelling to India to attend an engagement party to be hosted by Priyanka's family.

Earlier this week, PeeCee showed off her massive diamond rock on her ring finger at ace designer Manish Malhotra's party.

Reportedly, Nick popped the question when they were celebrating the 'Baywatch' star's 36th birthday in London.

The speculation about their relationship brewed after the pair met each other's family. First, Chopra met Jonas' family at his cousin's wedding in New Jersey, after which Nick travelled to India to meet Chopra's mother.

Benedict Cumberbatch Reveals Why He Hasn't Read The Entire Script Of 'Spider-Man: No Way Home'