Earlier, Bipasha Basu had called out Sajid Khan on his behaviour towards female cast and crew members on sets. 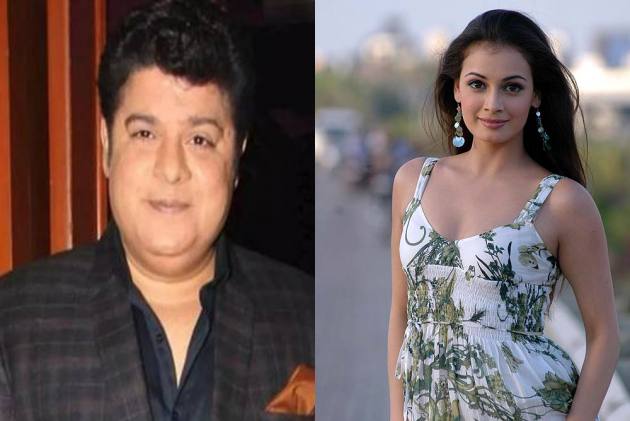 As the #MeToo storm rages in India with personalities from arts and politics being accused of sexual harassment by many women, actor Dia Mirza on Monday said she, too, was aware of Sajid Khan's obnoxious attitude.

In an interview to India Today TV, Dia Mirza, who had made a small appearance in Sajid Khan's directorial Heyy Babyy in 2007, has said that she was “deeply disturbed” reading the #MeToo accounts against the filmmaker.

"I was deeply disturbed. I agree that Sajid was obnoxious, extremely sexist and ridiculous. Even for me, the details of these accounts are beyond shocking. I have personally always have had a radar for such people. I have never invested in a relationship with such people even in the workplace," India Today quoted Dia Mirza as saying.

It was his general attitude towards women that would disturb me: Bipasha on Sajid Khan

When asked if she has been a victim of any kind of sexual harassment, Dia said, "Fortunately, I have never been a victim of sexual harassment. But there have been instances where I have lost out on work or people have shown disinterest in working with me because I was unwilling to succumb to this unspoken understanding of patriarchy," Mirza added.

Earlier, Bipasha Basu had called out Sajid Khan on his behaviour towards female cast and crew members on sets.

Bipasha, who worked with Sajid on 2014 film "Humshakals", said though she never faced harassment at the hands of the director, she always found his behaviour towards women rude.

"I am glad that women are speaking up about the atrocities of these men with power and clout... But nothing of that sort happened with me... It was just his general attitude towards women that would disturb me on set- he cracked lewd jokes openly and was pretty rude to all girls.

"I was told by all not to say anything to him and stoop to his level- so I quietly finished my work as a professional and explained my stance to the producers, that I couldn't associate myself with this film anymore as I could lose my temper any moment," she posted on Twitter.

Sajid Khan, who has been accused by four women – a journalist, a former assistant and two actors – has stepped down from his directorship on the upcoming film Housefull 4.

In response, Sajid wrote on Twitter: "In the wake of the allegations against me and the pressure being put on my family, my producer and the stars of my film 'Houseful4', I must take the moral responsibility of stepping down from my directorial post, till the time I can allay the allegations and prove the truth... I request my friends in the media to kindly not pass judgment till the truth is out."