Meet Karan, First Indian To Get His Eyeballs Tattooed

Karan has lost count of the number of tattoos he has on his own body. 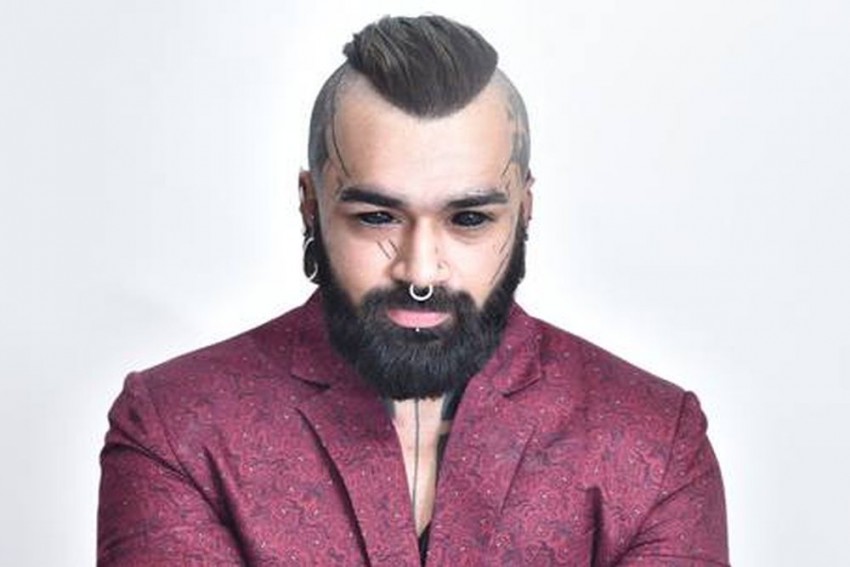 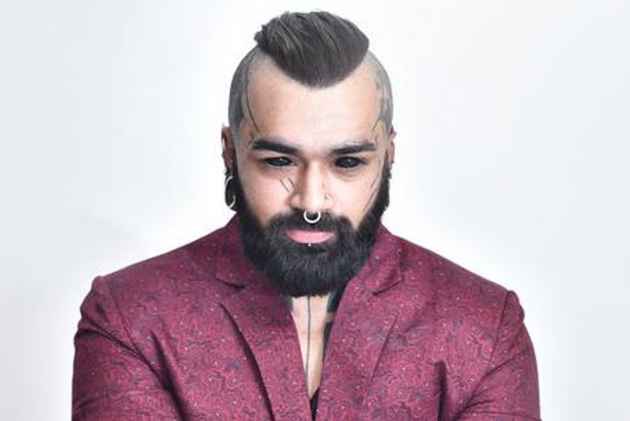 outlookindia.com
2017-10-08T13:50:42+05:30
Delhi-based 28-year-old Karan has become the first Indian to get his eyeballs tattooed.
Karan, a full-time professional tattoo artist and piercer, claims that it does not involve risks and is just a way to look and feel different, first reported by DNA.
Eyeball tattoos are a relatively new extreme body modification where needles inject ink into the whites of a person's eyes to permanently dye it a different colour. The long-term effects are unknown, reports NDTV.
According to the report, Karan has lost count of the number of tattoos he has on his own body.
"At the moment, I have uncountable tattoos and 22 piercings on me," Karan told NDTV, adding his full body suit of tattoos is a work in progress. "Eventually, I will just have one tattoo: head to finger and toe tips."
On being asked on why he wanted to get this done, he told DNA: “I always wanted to get something like this done and thus made sure that I get it done from the person who invented eyeball tattooing a decade back — Howard Smith. Because as a tattoo artist, my eyes are very important to me.”
According to Karan, he was 13 when he got his first tattoo. At 16, he started tattooing as a hobby and soon, opened up his own tattoo studio in Delhi.
He told NDTV that six months after beginning his full body suit, the tattoo artist began to wonder what he would look like if he had his eyeballs tattooed. He said he spent months debating whether to opt for the permanent procedure and discussed it with his family and friends.
The procedure, which cost lakhs, was done by an Australian tattoo artist, who Karan claims invented eyeball tattooing, at a tattoo studio in New York, US.
But the medical fraternity isn’t impressed with this act. “In all my career, I have never heard of anything like this. I did not even know that something like this exists and that people are crazy enough to get it done. I cannot really comment on the risks involved,” Dr Atul Kumar, head of ophthalmology department, AIIMS, told DNA.
Meanwhile, Melbourne-based tattoo artist Luna Cobra, who pioneered eyeball tattooing, has supported calls from a leading medical body to ban the eye-watering procedure in Australia and New Zealand after rampant malpractice.
The Melbourne-based practitioner, who has tattooed the eyes of hundreds of clients worldwide, told The New Daily he backed the calls by the Royal Australian and New Zealand College of Ophthalmologists.
The high-risk procedure involves permanently changing the colour of the white part of the eye or sclera using coloured dye that can lead to infection, intense pain and permanent vision loss.
For in-depth, objective and more importantly balanced journalism, Click here to subscribe to Outlook Magazine

Meerut: Student Of Renowned Public School Turns Blind After Being Slapped By Teacher