With Cops As Baaratis, Couple Ties Knot By Exchanging ‘Varmala’ At Police Station

The woman reached the police station to complain about an argument with her partner and claimed that the man was delaying their wedding despite being in a long-term relationship for over three years now. 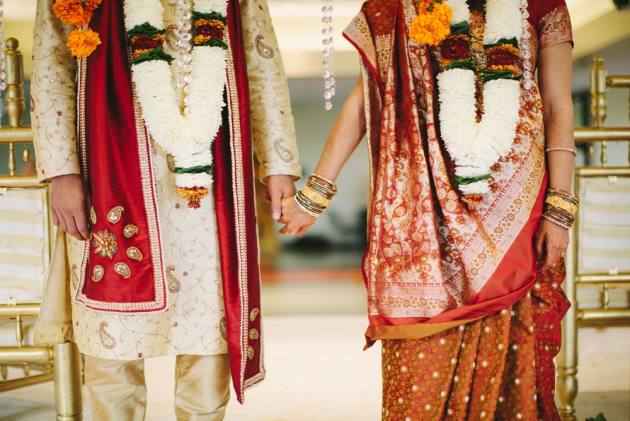 In a bizarre incident, when a woman approached the police to file a complaint after a tiff with her partner of three years, the SSP turned his station into a marriage office and cops were turned into ‘baraatis’. This unique wedding took place at a police station in Uttar Pradesh’s Bulandshahr.

The woman reached the police station to complain about an argument with her partner and claimed that the man was delaying their wedding despite being in a long-term relationship for over three years now. Reacting to her complaint, the police officials first resolved the tiff and then got the couple married at the police station itself.

As per a TOI report, the cops quickly arranged two ‘varmalas’ for the couple. However, the official paper work of the wedding is incomplete and will be completed soon, said a lawyer.

Jitendra Kumar Singh, Syana station house officer, said, “A woman approached the Bulandshahr SSP complaining that after being in a relationship for three years, her partner was avoiding her due to a tiff. Her partner was present when she filed the complaint and the SSP married them off after getting their nod.”

The SSP office turned into a marriage office for a moment, Kumar added.

While the groom is posted as a constable in Auraiya, the woman belongs to Bulandshahr. The two had met around three years ago as the man often visited the woman’s neighbour.