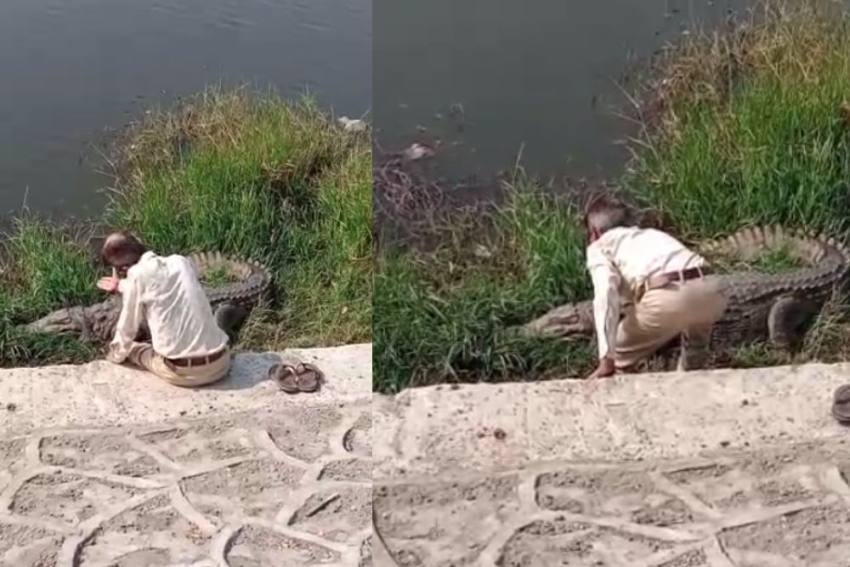 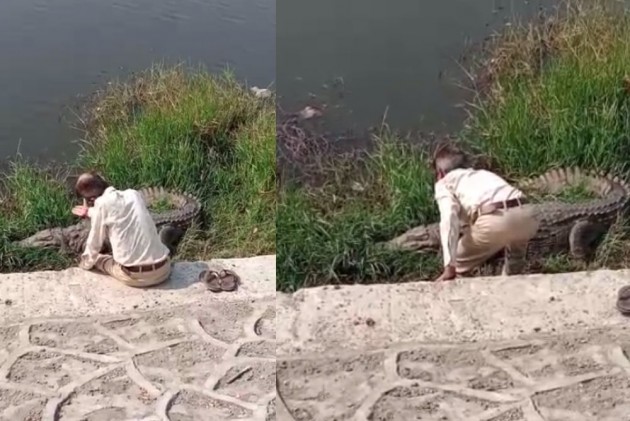 It is a common practice to talk to your pet animals, but have you seen someone patting and speaking to a wild crocodile? In a bizarre incident in Gujarat, a man was seen patting a crocodile's back and conversing with the animal. Despite several warnings from people standing nearby, he continued to talk to the big reptile without displaying any signs of fear.

The entire act was caught on camera and the video took social media by storm. In the video, the man, who has been identified as Pankaj, can be seen moving close to a huge reptile, resting alongside a river. The man pats the back of the crocodile while talking to it. He even addresses the crocodile as his mother. He can also be heard saying that he would sacrifice his life if anyone were to attack his “mother”.

After few minutes, the crocodile plunges into the water body, leaving the man unhurt.