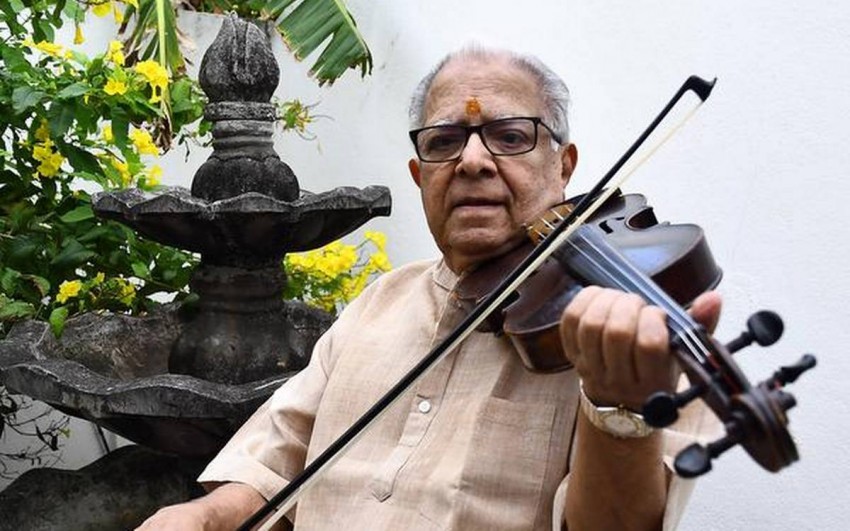 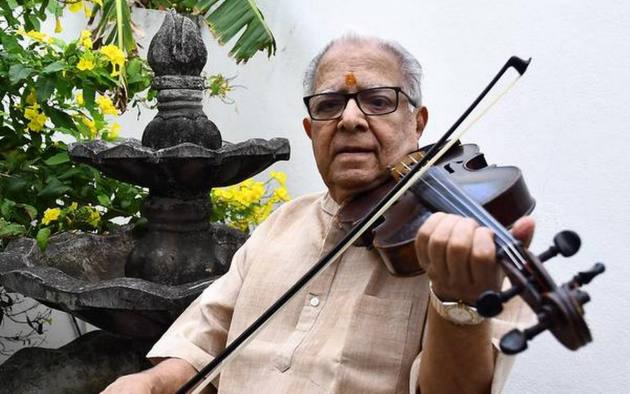 Tributes poured in for violin maestro T N Krishnan, who died in Chennai at the age of 92, with Prime Minister Narendra Modi, Home Minister Amit Shah and the world of Carnatic music mourning the doyen's demise and recalling his rich contributions.

He passed away on Monday due to old age issues. Krishnan is survived by wife and two children.

Counted among the other violin greats-- Lalgudi Jayaraman and M S Gopalakrishnan, Tripunithura Narayanaiyer Krishnan started off his musical journey at a young age under his father's tutelage and staged his maiden performance at the age of 11.

Born in 1928 in Kerala, Krishnan shifted to Chennai in the early 1940s and was tutored by Semmangudi Srinivasa Iyer, a legend in the field of classical music.

A recipient of numerous awards, including the Padma Vibhushan and the Music Academy's Sangeetha Kalanidhi, Krishnan had stints as teacher with the Music College here and School of Music and Fine Art at the University of Delhi.

He had accompanied many stalwarts of Carnatic music like Ariyakudi Ramanuja Iyengar and Madurai Mani Iyer, before going on to become a solo performer who enthralled his audiences for a long time and was active till his last days.

Besides the enthralling rendition of various ragas, his performing 'jingle bells' with Mridangam and ghatam (percussion instruments) for company is fondly recalled by many 'rasikas' (fans).

Prime Minister Modi condoled Krishnan's death, saying his demise has left a "big void" in the world of music.

"The demise of noted violinist Shri TN Krishnan leaves a big void in the world of music. His works beautifully encapsulated a wide range of emotions and strands of our culture. He was also an outstanding mentor to young musicians.

Condolences to his family and admirers. Om Shanti," he said in a tweet.

The demise of noted violinist Shri TN Krishnan leaves a big void in the world of music. His works beautifully encapsulated a wide range of emotions and strands of our culture. He was also an outstanding mentor to young musicians. Condolences to his family and admirers. Om Shanti.

Vice-President M Venkaiah Naidu said he was "distressed to learn about the passing away of legendary violinist."

"His death is a big loss to the music world, particularly Carnatic music. He was known to capture the essence of ragas & had enthralled the audience for decades with soul-stirring music," he said.

"RIP T N Krishnan one of the legendary violinists of our times. In the pantheon of Carnatic music violinists when we were growing up, there were 3 greats, Lalgudi Jayaraman, MS Gopalakrishnan and T N Krishnan. Now all 3 are gone. Om Shanti. #tnkrishnan," he tweeted.

"Very saddened to know that Violin maestro Prof T N Krishnan has passed away. He was one of those rare musical gems of India for whom music was a way of life. My deepest condolences to his family and prayers that his soul rests in peace. His music lives on timelessly!" he tweeted.

Amit Shah said as a gifted musician, Krishnan captured the imagination of several generations with his 'breathtaking' compositions.

"His demise is an irreparable loss to the people of India, particularly to all he Carnatic music lovers across the globe," he said in his message.