The accused, named Srikant, allegedly threatened the Muslim dosa seller and vandalised his cart allegedly because the latter named his business on a Hindu deity. 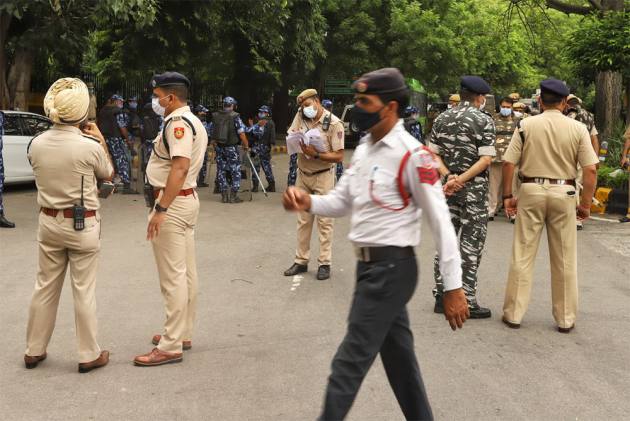 Days after the alleged assault on a bangle seller caused controversy in Indore, a man has been arrested in Mathura,  Uttar Pradesh after he vandalised a Muslim shopkeeper's cart because it had a Hindu name.

The accused, named Srikant, allegedly threatened the Muslim dosa seller and vandalised his cart. As per reports,  the accused attacked the dosa seller because his business was named after a Hindu deity.

He said Srikant was arrested from the new bus stand based on a tip-off and has also disclosed the names of his associates.

Police said none of the accused is affiliated to any political party and that efforts are underway to arrest Srikant's accomplices.

Police had Sunday filed an FIR in the case after a viral social media clip showed the men tearing down the board which said ‘Shrinath dosa corner’.

One of the men was heard saying Hindu people will mistakenly come to eat at the stall of Irfan, a resident of Takia Mohalla falling under Sadar Bazar.

Another man was heard purportedly asking the dosa seller why he was not using a Muslim name for the stall.

The alleged incident took place on August 18 at Vikas Bazar under the Kotwali Police Station area.

The police case was filed under section 427 (mischief causing damage) and 506 (punishment for criminal intimidation) of the Indian Penal Code.