IMD Director General Mrutyunjay Mohapatra said since the super cyclone is gradually weakening, its impact is unlikely to be very severe on Odisha 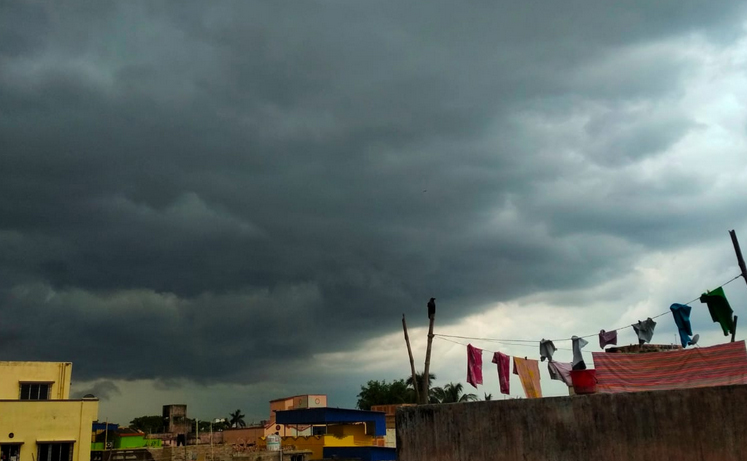 Cyclone Amphan is slated to make landfall in West Bengal on Wednesday afternoon and is likely to have a devastating impact.
Photo by Sandipan Chatterjee/Outlook
Sandeep Sahu May 19, 2020 00:00 IST 'Amphan' Weakens Into Extremely Severe Cyclonic Storm, Rain Lashes Parts Of Odisha

Super cyclone 'Amphan' weakened into an extremely severe cyclonic storm on Tuesday as it moved closer to the coast, triggering rainfall in several parts of Odisha, where the state government stepped up efforts to evacuate people in vulnerable areas.

Meanwhile, Union Home Minister Amit Shah on Tuesday spoke to chief ministers of West Bengal and Odisha -- Mamata Banerjee and Navin Patnaik respectively -- and assured them of all possible help to deal with the situation arising out of the super cyclone 'Amphan', officials said.

During the telephonic conversation with Banerjee, Shah took stock of the situation in West Bengal, where the cyclone is expected to make landfall on Wednesday.

The home minister assured the chief minister of all possible help to deal with the situation arising due to the cyclone 'Amphan', a home ministry official said.

In his phone call with Patnaik, Shah reviewed the situation in Odisha and assured him of the necessary assistance from the central government to tide over the situation.

The system is likely to move north-northeastwards over Bay of Bengal and cross West Bengal-Bangladesh coasts between Digha and Hatiya Islands during Wednesday afternoon or evening as a very severe cyclonic storm with maximum sustained wind speed of 155-165 kmph gusting to 185 kmph, he said.

The cyclone is being continuously tracked by the Doppler Weather Radar (DWR) at Vishakhapatnam in Andhra Pradesh.

Under its impact, light rain was witnessed in several areas of Puri, Kendrapara, Jagatsinghpur and Khurda districts of Odisha, and the intensity of rainfall and wind speed was likely to increase gradually, a Met official said.

IMD Director General Mrutyunjay Mohapatra said since the super cyclone is gradually weakening, its impact is unlikely to be very severe on Odisha

Meanwhile, evacuation of people from vulnerable places, along the coast, started this morning in the districts likely to be worst affected by the cyclone.

NDRF, ODRAF and fire services personnel have been pressed into service to move people to the cyclone shelters and other concrete buildings requisitioned for the purpose. Special Relief Commissioner (SRC) Pradeep Jena has said arrangements have been made to provide safe shelter to 11-12 lakh people and due attention is being paid to the need for maintaining social distancing.

About 240 cyclone shelters are presently being used as quarantine centres. But the government still has enough space to house all evacuees for the duration of the cyclone, he said.