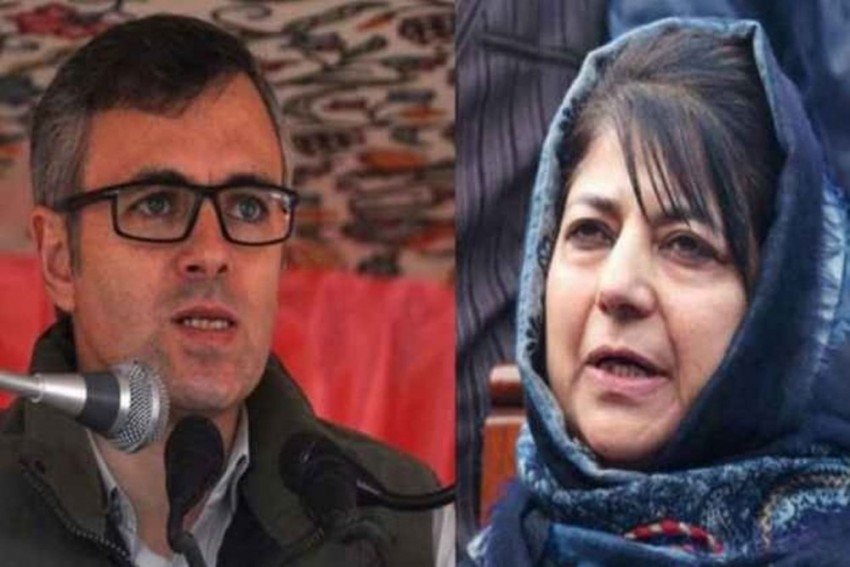 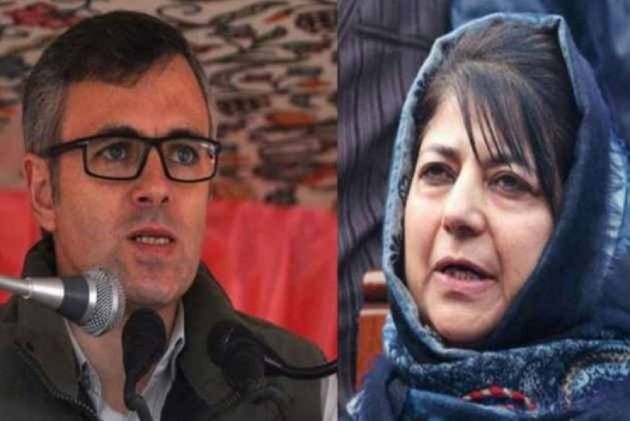 Former chief minister Omar Abdullah's "considerable influence" over people, including the ability to attract voters to polling booths despite poll boycott calls, has been cited among other charges in support of his detention under the stringent Public Safety Act (PSA).

His political opponent and Peoples Democratic Party (PDP) leader Mehbooba Mufti has been accused of making anti-national statements and extending support to organisations such as the Jamaat-e-Islamia of the state, which has been banned under the Unlawful Activities (Prevention) Act (UAPA).

However, the police have neither mentioned any of Omar's social media posts in the dossier nor in the order for grounds of his detention.

"To the people of Kashmir, we don't know what is in store for us...stay safe and above all please stay calm," was the last few tweets of Omar before he was taken to Hari Nivas for preventive detention.

Restrictions have been put on communication links since August 5 last year. These were subsequently eased. Internet is functional at a few places through leased lines. Mobile internet facility has been made functional but with a speed of 2G with special instructions that it would not be used to access social media sites.

Omar and the 60-year-old Mehbooba Mufti had been under preventive detention since August 5 last year, when the Centre announced abrogation of Article 370 of the Constitution granting a special status and bifurcation of the erstwhile state into two union territories -- Ladakh, and Jammu and Kashmir.

They were booked under the PSA on the night of February 6, barely a few hours before their preventive detention was to end.

According to rules, preventive detention can be extended beyond six months only if an advisory board, constituted two weeks before the completion of the 180-day period, recommends for that.

Mehbooba has been slapped with the PSA for her remarks which included questioning accession of Jammu and Kashmir to India in case the Article 370 was abrogated.

The statements of the former chief minister, whose party PDP was an ally of the BJP till June 2018, on security forces killing militants was also made a part of the PSA dossier against her.

Her support to the Jamaat-e-Islamia group of Jammu and Kashmir after it was declared as a banned organisation by the Centre under the Unlawful Activities (Prevention) Act (UAPA) also figures in the dossier.

Omar's father, Farooq Abdullah, who is a five-time chief minister and currently a member of Lok Sabha, was booked in September last year under the PSA, a law which was enacted by his father Sheikh Abdullah in 1978 to fight timber smugglers in the state as they would easily get away with minimal detention those days.

Sheikh Abdullah brought the Act as a deterrent against timber smugglers as it provided a jail term, without a trial, for up to two years.

However, this Act came in handy for the police and security forces during the early 1990s when militancy erupted in the state.

The Act was amended in 2012 and some of its stricter provisions were relaxed. After the amendment, period up to which a first-time offender or individual can be put in detention without trial was reduced from two years to three months.