Pakistan Indulging In 'Proxy' War Since It Can't Win 'Conventional' One: Rajnath Singh

Rajnath Singh was speaking at the passing out parade of the 137th course at National Defence Academy in Pune. 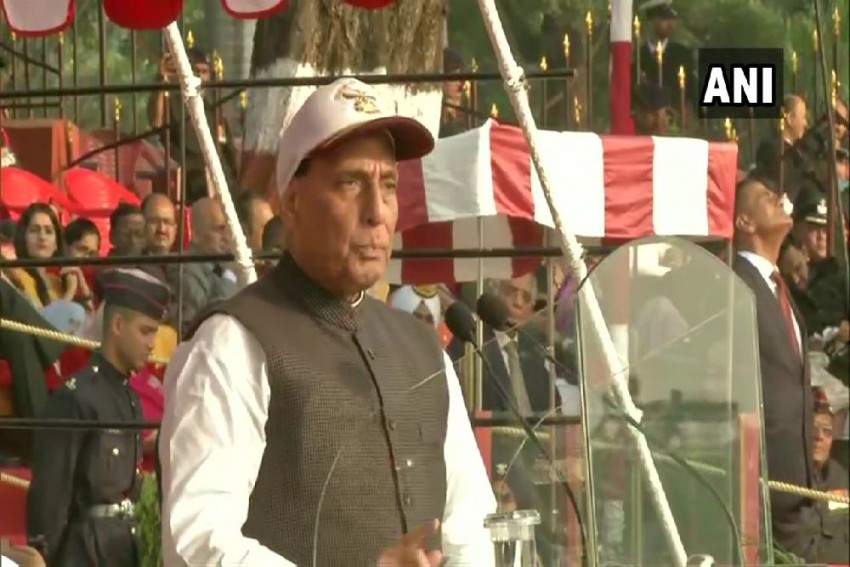 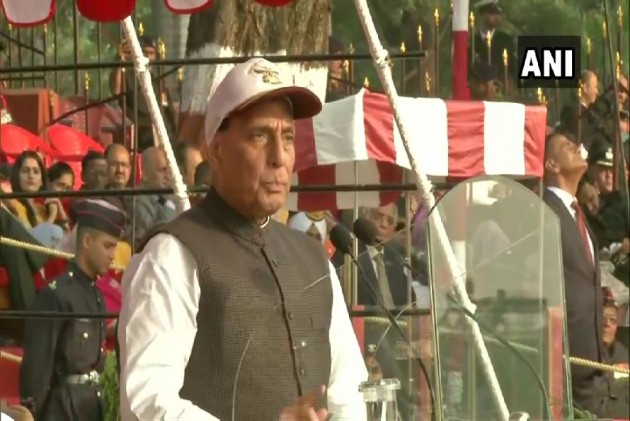 Pakistan is indulging in "proxy" war, for it has realised it cannot win a "conventional" one, Defence Minister Rajnath Singh said on Saturday, adding the path chosen by the Indian neighbour will lead to its own defeat.

Singh was speaking at the passing out parade of the 137th course at National Defence Academy in Pune.

Pakistan had realised right from 1948 through the wars in 1965, 1971 and 1999 that it could not win against India in any conventional or limited war, the minister said.

"It has chosen a path of proxy war through terrorism and I can tell you with full responsibility that Pakistan will not get anything but defeat," he said.

India always had cordial and friendly relations with other countries, Singh said, adding that the country never had any extra-territorial ambitions but if provoked, it would not spare anyone.

"We are committed to the sovereignty and security of the people of the country. But if someone runs terror camps in our soil or are involved in an attack, we know how to give a befitting reply," he asserted.

7 Killed, 15 Injured As Pick Up Vehicle Falls Off Bridge In Maharashtra's Dhule