Last month, Mamata Banerjee organised a rally of opposition parties in Kolkata, where she called for ousting the Narendra Modi government at the Centre, saying its expiry date has elapsed. 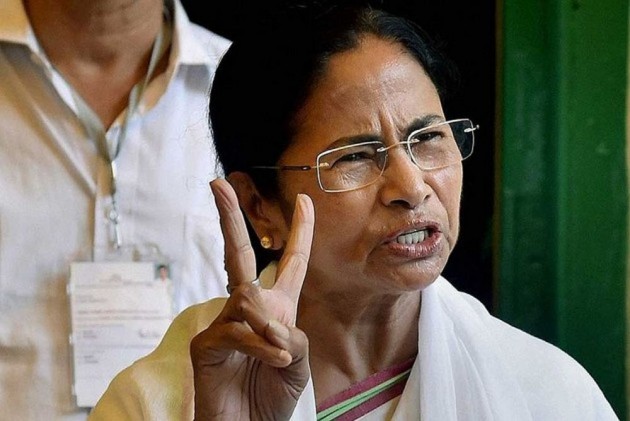 West Bengal Chief Minister Mamata Banerjee arrived in Delhi on Tuesday night to take part in a mega opposition rally called by the AAP at Jantar Mantar on Wednesday.

The Trinamool Congress supremo will also visit Parliament and participate in an official event in the city, sources said.

She will then visit the Trinamool Congress office in Parliament where she is expected to meet party lawmakers and MPs from other parties, the sources said.

Banerjee will also participate at an official event in the city, details of which were yet to be shared.

She is likely to be in Delhi till Thursday, according to a party leader in Kolkata.

"As per the schedule, Banerjee will attend the opposition rally convened by AAP on February 13. She will also meet leaders of various opposition parties," the leader said.

Banerjee has emerged as one of the most formidable voices of the opposition and her visit to Delhi assumes significance after the protest she led in Kolkata over the CBI's attempt to interrogate the city police chief in chit fund scam cases created a political storm.

She has been at loggerheads with the ruling BJP, which is eyeing at least 22 of 42  seats in Bengal in the upcoming Lok Sabha elections.

Last month, Banerjee organised a rally of opposition parties in Kolkata, where she called for ousting the Narendra Modi government at the Centre, claiming its "expiry date" has elapsed.