Issue Directions For Banning Use Of Disinfectants And UV Rays On Humans: SC To Centre

SC seeks ban on installation, production and advertisement of disinfection tunnels involving the spraying of chemical disinfectants on people. 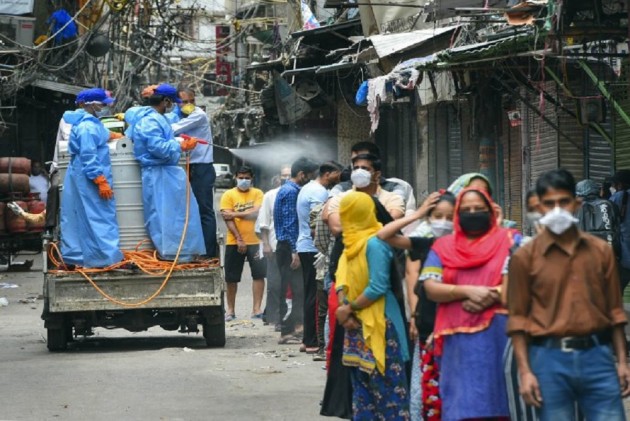 The Supreme Court on Thursday asked the Centre to issue directions for banning use of disinfectants and ultraviolet rays on humans for Covid-19 management.

A bench headed by Justice Ashok Bhushan asked the government to do the needful in this regard within a month.

The bench passed the verdict on a plea seeking directions to the Centre to forthwith ban the installation, production and advertisement of disinfection tunnels involving spraying or fumigation of chemical disinfectants on humans.

On September 7, the apex court had asked the Centre why it has not banned the use of tunnels for disinfecting people for Covid-19 despite taking the stand that spraying of chemical disinfectants is physically and psychologically harmful.

Solicitor General Tushar Mehta had earlier informed the court that the Health Ministry has not issued any advisory or guideline on the use of ultraviolet lights for disinfection of humans for Covid-19 management.

Mehta had said that spraying of any chemical disinfectant is also physically and psychologically harmful for humans.

The top court was hearing a PIL filed by Gursimran Singh Narula who also sought forthwith a ban on spraying or fumigation of organic disinfectants and exposing humans to ultraviolet rays for the purposes of disinfecting them.

The Centre, in its affidavit, had submitted that as public health and hospitals are state subject, it is for the states/Union Territories to implement the guidelines issued by the Health Ministry, and the role of Government of India is limited to providing necessary guidance and financial support.

It had said that on June 9, an expert committee meeting was held under the chairmanship of Director General of Health Service to review the use of disinfectant tunnels, various chemicals and spraying of disinfectants along with the efficacy of such use of spraying/fogging.

The Centre had said the committee has reiterated that spraying of individuals with disinfectants (such as tunnels, cabinets, cambers) is not recommended as it will not diminish the infected person's ability to spread the virus through droplets or contact.