National Congress Fails To Get Leader Of Opposition Post In Lok Sabha, Again

The grand old party, which was reduced to just 44 parliamentarians in 2014, didn't improve much on its tally, getting 52 seats in 2019. 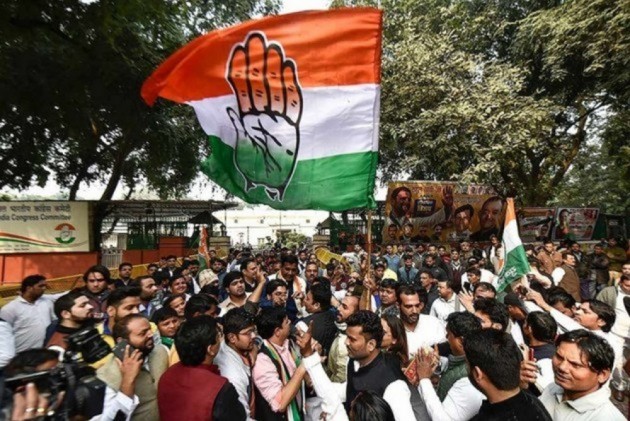 When initial trends on Thursday indicated a mammoth victory for the Bharatiya Janata Party (BJP)-led National Democratic Alliance (NDA), there was one question on everyone's mind. "Will Congress be able to secure enough seats to stake claim to the post of Leader of Opposition?"

However, the grand old party, which was reduced to just 44 parliamentarians in 2014, didn't improve much on its tally in 2019, getting only 52 seats.

As per the rules, any Opposition party must have at least 10% of the total Lok Sabha seats -- 543 -- to have an LoP. With just 52 MPs, the Congress has once again fallen short of the required number to stake claim to the post.

In 2014, the Congress had urged Lok Sabha Speaker Sumitra Mahajan to grant senior leader Mallikarjun Kharge the status of the LoP, but she had rejected the request citing the rulebook. This election, Kharge lost his seat.

Congress president Rahul Gandhi, who lost his Amethi seat to BJP's Smriti Irani but won Wayanad in Kerala, could have been in contention this time, had his party not been decimated for the second time in five years.

The selection process for the appointment of constitutional authorities requires the presence of the LoP. For instance, the selection panel for the Lokpal comprises the Prime Minister, Lok Sabha Speaker, Chief Justice of India and the LoP.

During the last two years of the Modi government, Kharge was invited to the Lokpal selection panel meeting as a special invitee in his capacity as the leader of the largest Opposition party.

However, since he was not recognised as the LoP, he consistently boycotted the selection panel meetings asserting that as a special invitee he would not have powers to summon records related to those shortlisted for the Lokpal or to record a dissent on any aspect of the selection process.

The selection panel for the CBI director, the Central Vigilance Commission and several other constitutional authorities also requires the presence of an LoP.

Since Thursday's results, the joke in Congress circles is that while the party was almost certain of not being in the pole position to form the government, Rahul could have at least fought this election on the plank of winning the LoP status.

Going by 2019 results, it seems that the Centre may not amend provisions that require an LoP for various selection panels and acknowledge the leader of the largest Opposition party as a replacement for the Leader of Opposition.