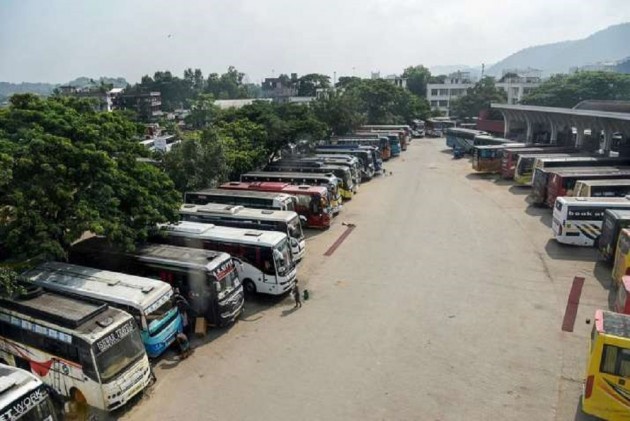 Transport unions in Assam have called for a series of chakka bandh to shore up support for private transport workers' demands, which include implementation of a welfare scheme for workers in the state.

The first leg of the protest will start today with a 24-hour chakka bandh. This will be followed by a two-day bandh between February 12 and 13, coinciding with the Assam Assembly session. If the demands remain unmet even then, the unions have announced an extension of their agitation that will lead to a 72-hour chakka bandh from February 25 to 27.

In a joint statement, the unions said the government has not put into place any integrated scheme to ensure benefits to transport workers. They claimed that there is systemic harassment of drivers, owners, and workers of taxis, buses, trucks, tankers, cabs, autos, rickshaws, and a spate of other vehicles running in capital Guwahati and other districts.

“That means, the government has not recognized the service of motor transport workers. Rather it has become a habit of harassing them through new rules and regulations,” the joint statement said.

They claimed that private company cab drivers, like Ola and Uber, are being paid lesser wages and their commission are being cut by 30 per cent.

The unions have also registered solidarity with the ongoing farmers' agitation and demanded that the new farm laws be withdrawn.