"Like the elections were held in seven phases in West Bengal, joinings will also happen in seven phases. Today was just the first phase," Kailash Vijayvargiya said. 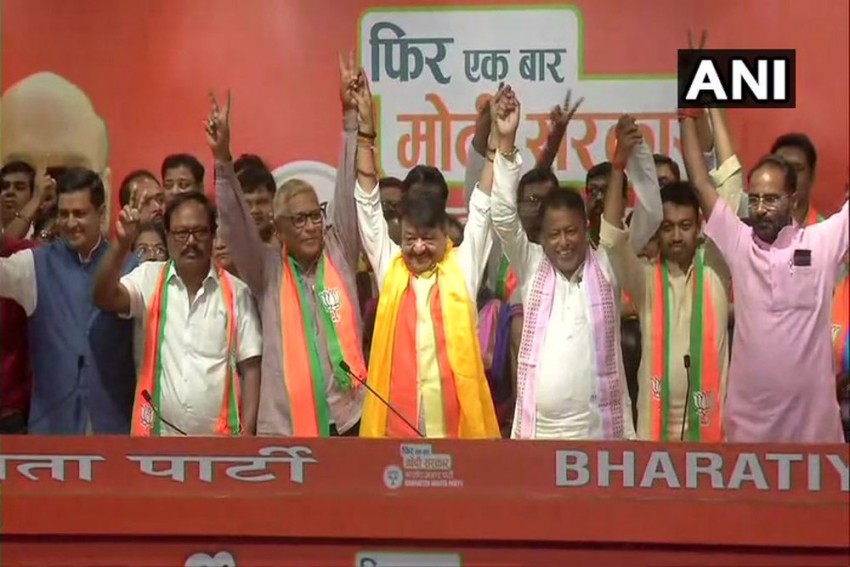 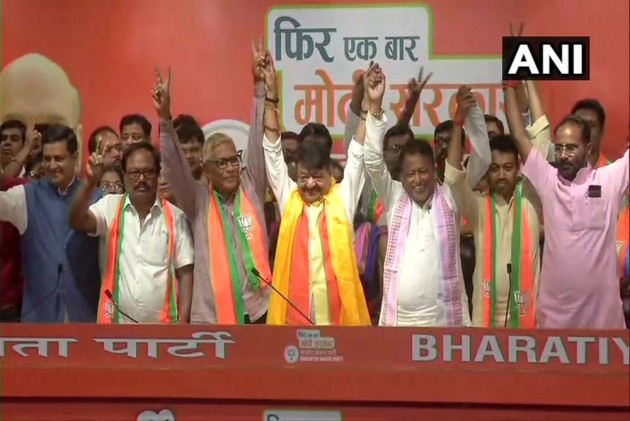 Three West Bengal MLAs, including BJP leader Mukul Roy's son Subhrangshu Roy, and more than 50 councillors joined the Bharatiya Janata Party (BJP) on Tuesday as it works to consolidate its position in the state, following an impressive show in the Lok Sabha polls.

Subhrangshu Roy was suspended by the Trinamool Congress (TMC) for his "anti-party" activities after the general election results were announced.

They joined the BJP at the party headquarters in the national capital in the presence of BJP general secretary Kailash Vijaywargiya and Mukul Roy.

Vijayvargiya, in a press conference, said, "Like the elections were held in seven phases in West Bengal, joinings will also happen in seven phases. Today was just the first phase."

TMC's Tusharkanti Bhattacharya and CPI(M)'s Debendra Nath Roy were the other MLAs from the state who joined the saffron party along with several councillors, BJP leader Anil Baluni said.

Mukul Roy, a former close aide of Banerjee, is seen to be instrumental in engineering the defection of TMC leaders to the BJP and, political watchers believe, he is one of the key architects of the party's best ever show in West Bengal, where TMC president Mamata Banerjee is in power since 2011.

"People are fleeing the TMC to join the BJP. Many more will join in the coming weeks," Roy said.

With over 50 councillors joining the BJP, the party has got a majority in at least three municipal councils.

Vijaywargiya noted that Prime Minister Narendra Modi had said in a speech during his campaign that over 40 TMC MLAs are in touch with the BJP and many regional party leaders are feeling suffocated due to Banerjee's "dictatorial" functioning.

"We want her government to continue till 2021, but if it falls due to her deeds,  we cannot help it," he said.

Mukul Roy also rejected the TMC's claim that the BJP was practising horse-trading by luring its leaders.

Many MLAs of other parties, including the Congress, have joined the TMC due to "horse-trading", he countered.

West Bengal Chief Minister Mamata Banerjee had recently said that she didn't care about the CM's chair but only TMC's election symbol. Banerjee had alleged that she wasn't allowed to function as the leader of the state over the past 6 months and therefore even wanted to quit.

Launching an attack on the Election Commission and BJP, Banerjee had recently said that the saffron party had divided the state on communal lines and the EC had failed to act as an independent body.