Gautam Rode: The Ganpati Festival Shows The Spirit Of Mumbai And Maharashtra

Bollywood actor Gautam Rode’s latest music video ‘Devon Ke Dev Ganesha’ was released on Ganpati, and it has become one of the most trending songs this year. In an exclusive interview with Outlook, he opens up about his first memories of the festival and how he ended up doing this song. 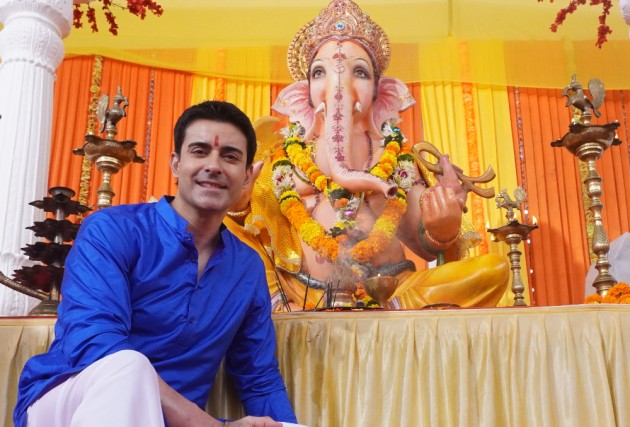 Actor Gautam Rode has been getting a lot of love for his latest music video on Lord Ganesh called ‘Devon Ke Dev Ganesha’. The song, which was released on the occasion of Ganpati has gone viral on just the first day of its release. People at various Ganpati festivities are playing it non-stop.

In a candid chat with Prateek Sur, the actor opens up about his childhood memories of the Ganeshotsav, his first brush with Mumbai’s Ganpati celebrations, interesting incidents from his initial days in the city, his music video on Bappa, and lots more. Excerpts:

For how long have you been getting Bappa at home?

It's been 12 years of me keeping Ganpati ji at my home.

When you were a child, did you have a lot of Ganpati celebrations?

In Delhi, it was not (celebrated) that much, when I was growing up. It has started becoming a big thing there only in recent years. Janmashtami celebration is a bit more there.

What is your first memory of the Ganpati festival in Mumbai?

When I came to Bombay, I saw these huge pandals and huge murtis of Ganpati Ji. I was mesmerised. The feeling was also very very happy. Colours were being splashed everywhere, and people were dancing. This is a way back when I had just come to Mumbai, and I used to travel in local trains. During this particular time of the year, everywhere it was jam-packed. That was the one thing which I did not like. There was too much traffic. Otherwise, everyone is so happy and it is such a joyous festival. Everyone is enjoying themselves so much and dancing so much. So that is a great sight to see in Mumbai, just to see so many people coming together and dance happily.

Did you have any such fun incidences at this time of the year, during your initial days in Mumbai?

I still remember that was one of the times when I was travelling in a local train, and I remember I was just moving out of the station, and people were dancing. Lots of them dancing together. Everyone was pulling each other like ' Come on, let's dance.' I also ended up dancing with them for quite a while. It was wonderful. It shows the spirit of Mumbai and it shows the spirit of Maharashtra at the same time. It is a very big festival here.

Lastly, your music video ‘Devon Ke Dev Ganesha’ came out yesterday, and it has gone viral. How did the song happen?

We shot for the song maybe just for a day, and it was released within just some days’ time. We, kind of, wanted to release the song on Ganpati. So, it all just happened. It’s all Bappa’s blessings. They (the makers) sent me the song. I loved it. Jaaved Ali has absolutely killed it. Also, I am a big bhakt of Lord Ganesha. So, I had to do it.