No.3 batsman hits a ton to help India thrash Pakistan and enter U-19 World Cup final; he has so far tallied 341 runs 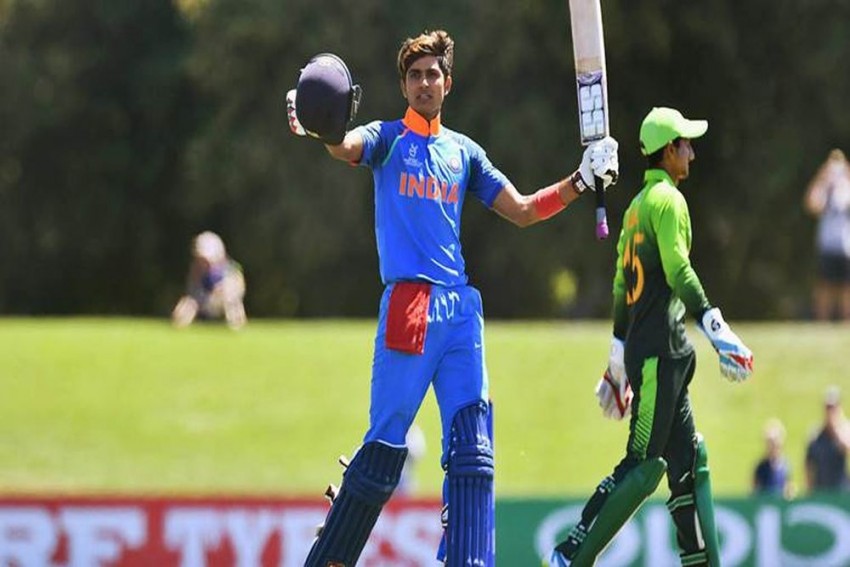 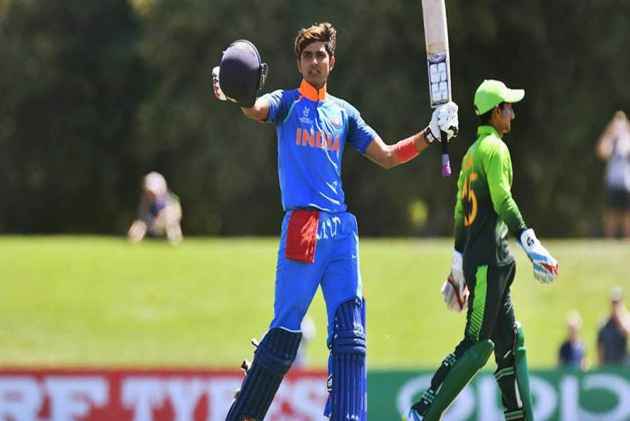 These are good days for teenaged Punjab batsman Shubman Gill. On Saturday, IPL franchise Kolkata Knight Riders purchased him for Rs 1.8 crore -- nine times of his base price of Rs 20 lakh. Four days later, on Tuesday, the middle order batsman not only saved India the blushes, but also his team’s first century in the ongoing ICC Under-19 World Cup to beat Pakistan by a whopping 203 runs in the semi-finals. India will now meet Australia in the final in Tauranga, New Zealand, on Saturday.

Eighteen-year-old Gill, who was lucky to complete his century in Christchurch on Tuesday after getting two reprieves in the nineties, also made his first-class debut in the ongoing Indian domestic season. He scored a half-century in his maiden visit to the crease in the Ranji Trophy match, against Bengal in November, and then smashed a century in the next match against the Services. In both matches he opened the innings. But in the ongoing World Cup he has been batting at No.3, behind openers Prithvi Shaw, the captain, and Manjot Kalra.

The slightly built Gill has been in tremendous form in this World Cup. He opened the campaign with a fine 63 against Australia, did not get the chance to bat against Papua New Guinea, hit 90 not out against Zimbabwe, 86 against Bangladesh in the quarter-finals, and 102 not out vs Pakistan in semi-finals that earned the India vice-captain the Man of the Match award. At the moment, he is placed second with a tally of 341 runs, behind West Indies’ Alick Athanaze, who scored 418. Gill still has a chance to overtake Athanaze if he scores 78 in the final.

Born on September 8, 1999, in Fazilka, Punjab, Gill was lucky to complete his century against Pakistan on Tuesday, and in dramatic fashion. When he was on 99 only one ball remained in the innings. The last over was bowled by Muhammad Musa, who had taken two wickets in that very over. Gill lofted the ball to long-off where Hassan Khan dropped a simple catch. Soon, everyone realised that it was a no-ball as well, and that gave India an extra ball to play. Earlier in the same over, Gill was lucky to service as two Pakistan fielders failed to grab the catch at extra cover, with both ended up not trying to go for the ball.

Gill, however, said that had he got out on 99 it wouldn’t have mattered to him. “There was not too much going on in my mind. I was just playing (the ball) to merit, because not too many batsmen were left. I was just thinking one ball at a time. It didn’t matter if I got out on 99. I was just thinking that I'll try and hit a four or a six. The intent was good, and I think God smiled at me because of that – it turned out to be a no-ball!” he said.

Gill loves to play his shots all round the wicket. He has come up the ranks, progressing from junior tournaments. He was awarded the BCCI’s Best Indian Cricketer (Under-14) for 2014-15. And in 2015-16, he aggregated 1,018 runs in the under-16 Vijay Merchant Trophy. He was chosen the Player of the Series in the ODI series in England in 2017.

In the ongoing World Cup, Gill has been batting with a red handkerchief, tucked under his belt, fluttering. “I've had it from beginning. I used to have a white one. But then in one game, an U-16 match, I changed it to red and scored runs, I scored a century. After that, I have had it for three-four years,” he revealed, after the semi-final win on Tuesday.