Why Irrfan Khan's Death Feels Like A Personal Loss

For all his national and international fame, Irrfan did not have a single pretentious bone in his body. 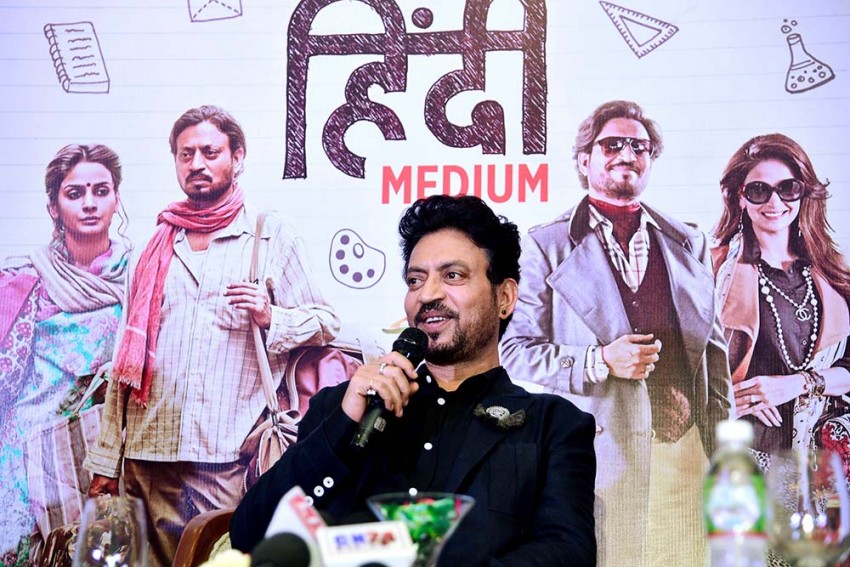 In this file photo, deceased Bollywood actor Irrfan Khan during a press conference for his movie 'Hindi Medium' in Ahmedabad.
Indradeep Bhattacharyya 2020-05-01T15:05:34+05:30 Why Irrfan Khan's Death Feels Like A Personal Loss 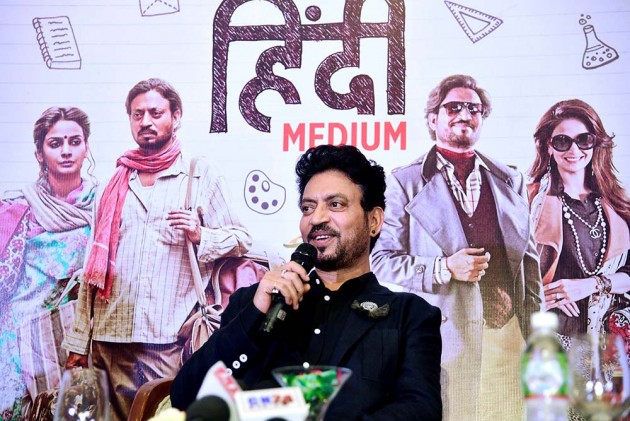 Actors wait for characters. When they get one, through which they can leave a mark on the audience, they thank the directors for offering them the role. When I look at roles played by Irrfan, I see the other side of the story -- Characters also wait for the right actors. But not all of them get lucky. Roohdaar got lucky in Haider, Ashwin Kumar did in Talvar. As did Saajan Fernandez in The Lunchbox, Ashoke Ganguly in The Namesake and Rana Chaudhary in Piku. They were fortunate they were portrayed by Irrfan. Their creators gave them their essence, but Irrfan gave them a vital existence and materialized them on the screen with such honesty that they became immortal. They continue to live on even as Irrfan is no more, and will continue to throb with life as long as Indian cinema exists.

Roohdaar and Rana, Saajan and Ashoke, Ashwin and Paan Singh were like the six characters from Luigi Pirandello’s play -- out on the streets, looking for someone who could complete them. They were lucky they ran into Irrfan.

What was so special about Irrfan that for so many people, cutting across geographical and linguistic borders, his passing away seemed like a personal loss? One possible answer could be his honesty. This is what an honest actor can do. This is the power of art that is stripped off all pretensions. Like Charles Chaplin’s acts. Like Samuel Beckett’s plays. Like Uday Shankar’s recitals. For all his national and international fame, Irrfan did not have a single pretentious bone in his body. And sadly, this is not something we can say about his peers.

In an interview with a premier film magazine, Irrfan admitted that he was not sure about the prospects of The Lunchbox. “With The Lunchbox too, I had my reservations. I hated the dreariness of the office in which the film was shot, there was nothing to do, no one to engage with, plus the process of growing old… it all felt so hard,” he admitted, instead of the flashier and more jaw-dropping ‘when I heard the script, I knew instantly that this was for me.’ This brutal honesty made Irrfan believable in whatever avatar he came in front of us, even in advertorial appearances. In my brief interaction with him in 2014, about a biopic on Begum Akhtar, of which he was supposed to be a part, Irrfan told me that he tried to ‘experience a character emotionally’ before playing it. It reminded me of an advice Constantin Stanislavski offered in his noted book ‘An Actor Prepares’: ‘Never allow yourself externally to portray anything that you have not inwardly experienced and which is not even interesting to you’. Maybe it was his NSD schooling, or maybe his experience.

He excelled when he played the common man. What are some of the sequences that come to mind instantly when we think of his oeuvre? Saajan Fernandez opening his lunch box and lowering his reading glasses in anticipation of one more letter from Ila. Monty in Anurag Basu’s Life in a Metro stealing a fleeting glance at Shruti’s bosom. Paan Singh stamping his feet in ‘attention’ in spontaneous reverence, even while talking to his senior over phone. Roohdaar wrapping the shawl around his neck and wiping the snowflakes off his glasses. Ashwin Kumar in Talvar helplessly watching the case slipping out of his grasp, but still cracking jokes at the unscrupulous officer’s obnoxious explanations, Ashoke’s struggles as first generation immigrants in The Namesake. Vulnerability, total lack of or imposed sophistication and mediocrity. That’s us. And Irrfan represented all of us through these roles. He was not from the Tinseltown. He’s from Borivali or Bhabanipur or Shahadra or Siliguri. That’s why this identification. That’s why this feeling of a personal loss.

Another reason is Irrfan’s art. He was a master of underplaying roles. For him, acting and being were synonymous. There was hardly any difference. He spoke on camera exactly the way he spoke off it. Listen to his recitation of ‘Thakur ka Kuan’ at Jaipur Literature Festival. The hint of a smile. The deliberate pause. The careless poise. The smoky voice. The occasional shrug. The slapdash manner of speaking in a slurry accent. And Oh Boy! The bleary yet deep and irresistible eyes. The eyes indeed had it. In Satyajit Ray’s Nayak (the Hero), Arindam Chatterjee played by Uttam Kumar says, ‘You can’t overact in front of the camera. If you magnify your expressions only slightly, the camera will magnify it tenfold.’ Anybody acquainted with Irrfan’s work knows this was his mantra. His art lay in concealing art. If he had a mannerism, it was the lack of any mannerism. That’s why there was never any alienation between the characters and the audience. They breathed down each other’s neck.

“I’m here with you and yet I’m not… there are some unwanted guests in my body and we are having conversations with them... Whatever happens, you will get to know… what choice do we have other than to stay positive… Enjoy the trailer, and be kind to each other. And yes, wait for me,” said Irrfan in his inimitable style in an audio message promoting his last film, Angrezi Medium. It would be cliché to say that there won’t be another Irrfan. Instead, let’s be with Ashoke and Rana and Roohdaar and Aswhin, and let’s celebrate our love for one of India’s finest actors through them. As Irrfan says at the end of his movie Jazbaa, ‘Mohabbat hain isliye jaane diya. Zidd hoti to baahon mein hoti.’ Rest in art, Irrfan!

(Indradeep Bhattacharyya teaches literature and is a former journalist based in Kolkata. Views expressed are personal.)