Versatile actor Sanjay Mishra’s latest 'Kaamyaab', revolving around the life of a veteran character actor, is a tribute to the hundreds of those artistes in Bollywood 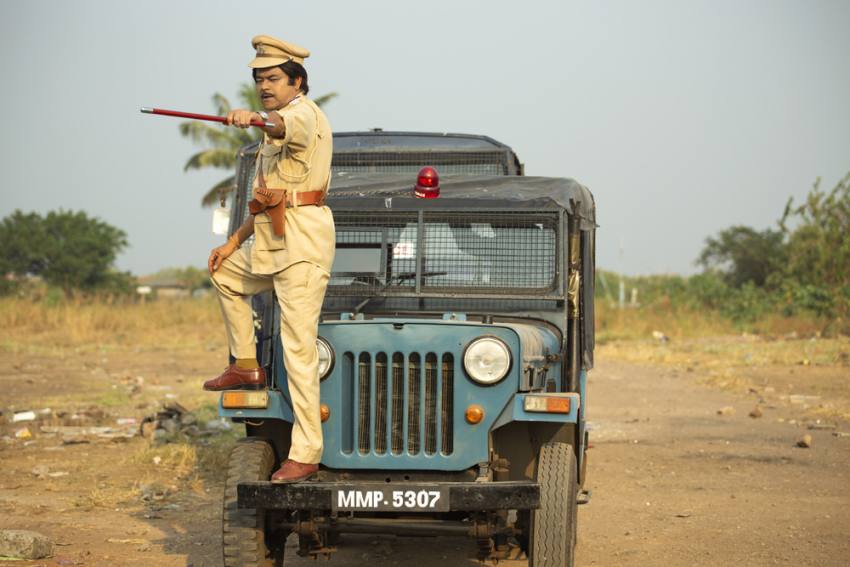 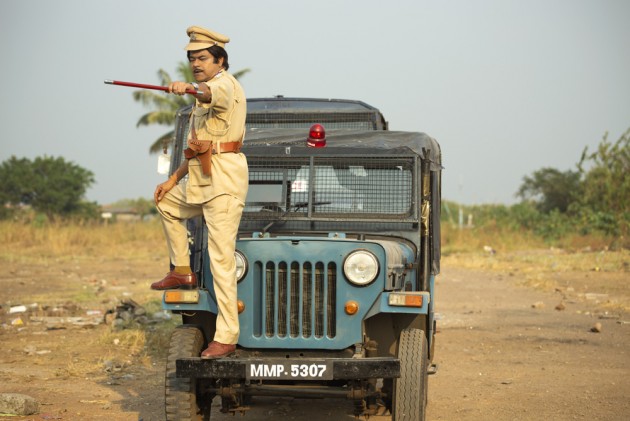 Versatile actor Sanjay Mishra’s latest Kaamyaab, produced by Manish Mundra of Drishyam Films – the banner behind acclaimed movies such as Masaan (2015), Newton (2017) and Kadvi Hawa (2017) -- is generating quite a buzz ahead of its release on March 6. The film revolving around the life of a veteran character actor is a tribute to the hundreds of those artistes, including Mishra himself, who have enriched Hindi cinema by doing bit roles. The small-budget movie got a massive boost recently when superstar Shah Rukh Khan came on board to promote it. In a candid conversation, Sanjay Mishra tells Giridhar Jha of Outlook, among other things, as to why Shah Rukh Khan’s gesture could be a game changer for small, meaningful cinema in India. Excerpts:

You are playing the lead in Kaamyaab, which has generated immense interest in and outside the film industry before its release. Tell us what it is all about?

Kaamyaab is the story of a character actor who has been doing bit roles in film after film for years. He has never counted the number of movies he has done in his life but he has fallen on lean times now. Suddenly, he realises that he has acted in altogether 499 films and wishes to do his 500th film. This movie is about that desire, that dream of a character actor. It is a story of a small-time character actor in the film industry but it could very well be the story of any common man from any other field like somebody who resolves to live long enough to celebrate his 50th wedding anniversary. This desire is not for money or fame but for self-satisfaction. Kaamyaab is about that self-satisfaction.

There have been scores of character actors whose contributions cannot be undermined since the inception of Hindi cinema. Is it a tribute to them?

Yes. There were hundreds of them who did small roles in thousands of movies over the decades. Leela Mishra, Kanhaiyalal, Iftekhar, Sapru, Tuntun, Om Shivpuri … How many names can I count? What these artistes were doing in their time, an actor like me is doing in the present.

Is it also autobiographical in any sense since you have also played dozens of such small characters over the years?

I am not playing a sprinter in Kaamyaab nor am I portraying a cricketer onscreen. I am representing the thousands of character actors of Indian cinema as my tribute. It is a tribute to them by its producer, its director, the entire film and also Shah Rukh Khan, who presents the film. There comes a time in the life of character artistes, when they don’t get work, and are just sitting idle on the sidelines of success, well past their prime.

It is not an autobiographical story of me as an individual as such but I am very much part of this story. I have also gradually come up through such characters, playing a hero’s friend here, a doctor there in several movies.

In olden times, small-time character artistes hardly got their due but now, they are getting substantial roles, even that of a hero, in many movies. Is it the best time for such actors?

In earlier times, most of the films had limited story lines invariably revolving around a hero and a heroine in central roles. Often, there would be a court scene where actor Sapru would play the judge. And while roaming around in a street, the hero would run into a drunkard played by Keshto Mukherjee. Sapru would never play a drunkard and Keshto Mukherjee never a judge. Sapru looked good only as a judge in a film. Today, Hindi cinema has turned upside down. In those days, film-makers such as Shyam Benegal, Saeed Mirza, Aziz Mirza, Ketan Mehta, Sudhir Mishra and others of their ilk would make what was known as parallel cinema. The mainstream movies then had full of songs and dances. Today, it has become the other way round. What was parallel cinema earlier has become the mainstream today and what was the mainstream has turned into parallel cinema these days. An ample testimony to it is the films of actor Ayushmann Khurrana. One of his recent films (Bala/2019) was based on premature balding while another Badhaai Ho (2018) was on the pregnancy of an elderly woman. A lot of films are these days made on the stories of the common man and even top heroines have to play common characters like an acid attack victim. And if such movies are made today, how can you bypass the character actors?

It portends well for the film industry, which has always remained stuck in stereotypes ...

True. It has brought about a big change which will help create a sensible audience in society, who, in turn, will also be good citizens. I have always felt that for some time, the good culture of art, literature, etc had taken a backseat. We went on to promote popular literature excessively. Thankfully, the new-age audiences appear to have had enough of that. Today, they have started relating to the stories which are closer to reality and drawn from their own society. As in Chhapaak (2020), acid can be thrown at any other girl from our neighbourhood, and a police case can be registered against any girl, as in Masaan (2015). Such real life stories have created the demand for character actors like me.

A superstar like Shah Rukh Khan has joined hands with an Indie film-maker like Manish Mundra to back Kaamyaab. How do you look at this collaboration?

It is a very positive development, to say the least. First, I would like to thank Manish Mundra who has been making meaningful films. After all, it requires money to promote good cinema. Once, film-maker Anand L Rai had come forward to support his film, Newton (2017). Now, Shah Rukh Khan, who is himself a superstar, is backing a movie on character actors. It is a huge gesture. Tomorrow, if Kaamyaab clicks, many more Khans, Kapoors and other bigwigs of the industry will show interest in promoting a film like it. Mind you, it is not a risky proposition at all. The corporates don’t have to raise Rs 100 crore to back such films because they are made for only Rs 5-6 crore. Shah Rukh must have seen something in this film. I think such collaborations will open up a whole lot of avenues for the young, talented directors who otherwise get limited opportunities. I have been saying it for long that the government should have done it long ago what Shah Rukh has done so as to create sensible audiences otherwise we will have to remain content with people who only patronise mindless cinema. It is our responsibility to help them develop good taste by showing them true-to-life stories and characters, which they can easily relate to.

Do you think that the content-rich cinema will spell a doom for the long-standing star system?

The star system has been going on for decades. A star means someone who can carry a film entirely on his shoulders and can ensure returns of Rs 100 crore. It has been entirely their show. Character artistes were not important in the industry. But now, the script will become bigger than the stars and whoever will fit in it will become the stars. Anubhav Sinha is making a film like Thappad (2020) these days. People will no longer throng the theatres just to watch the fashion sense of any actor or actress. They will not get swayed by any Sadhana-cut hairstyle anymore. They will only go to watch the stories. There was a time when the filmmakers would make it a point to cast a heroine with a perfect figure but now a movie like Dum Laga Ke Haisha (2015) featured a plump character in the female lead, which the audience accepted wholeheartedly. They felt it was their story. It is a case of better late than never for the film industry.