R Madhavan recently visited the sets of the Hindi remake of his Tamil film 'Vikram Vedha'. 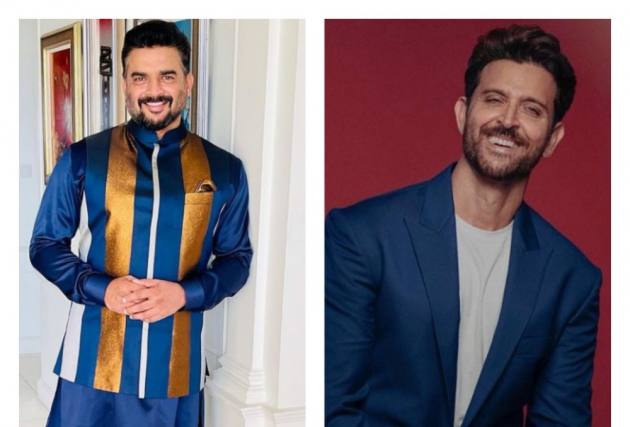 The Hindi remake stars Roshan and Saif Ali Khan in leading roles, whereas the 2017 original had Madhavan and Vijay Sethupathi highlighting the film.

Madhavan wrote a big message on his Twitter account, retweeting the picture of him from sets uploaded by the production house Y Not Studios. So much so, he already announced the film as 'legendary'.

While Roshan's look is not revealed yet, Madhavan's tweet has surely created a lot of curiosity.

The film went on floors on Dussehra this year. It is being directed by Pushkar and Gayathri, who also directed the original. It is slated to release by September 2022.

Meanwhile, Madhavan is gearing up for the realease of his directorial debut 'Rocketry: Tha Nambi Effect'. The film will release in Hindi, English, Tamil, Telugu, Malayalam and Kannada languages on April 1, 2022.