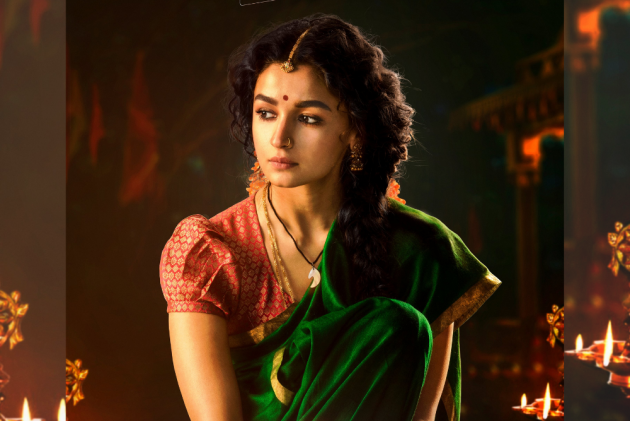 As Bollywood actress Alia Bhatt celebrated her birthday on Monday, Tollywood filmmaker SS Rajamouli shared a never-seen-before image of the actress as Sita.

Alia will be playing the character of Sita in Rajamouli’s upcoming period action drama "RRR". The movie is billed as a fictional tale based on the lives of two freedom fighters in early 20th century -- Alluri Sitarama Raju and Kumram Bheem.

The picture shared by Rajamouli paints a sombre mood and shows Alisa lost in thought. In the image the actress is seen draped in a parrot-green saree.

Rajamouli shared the image on his Twitter handle along with the caption, “Strong-willed and resolvent Sita's wait for Ramaraju will be legendary! Presenting @aliaa08 as #Sita to you all.”

Strong-willed and resolvent SITA's wait for Ramaraju will be legendary!

Presenting @aliaa08 as #Sita to you all :)@tarak9999 @AlwaysRamCharan #RRR #RRRMovie pic.twitter.com/NFe4WwjS6u

Alia, who turned 28 on Monday, also shared the picture on Twitter with a heart emoji.

"RRR" will be the actor's second theatrical release of the year after Sanjay Leela Bhansali's drama "Gangubai Kathiawadi".

The film, which marks Rajamouli's return to the big screen after the mammoth success of his two-part "Baahubali" series, will open theatrically on October 13.