'Neither Consume Drugs Nor Promote It': Karan Johar Slams Allegations 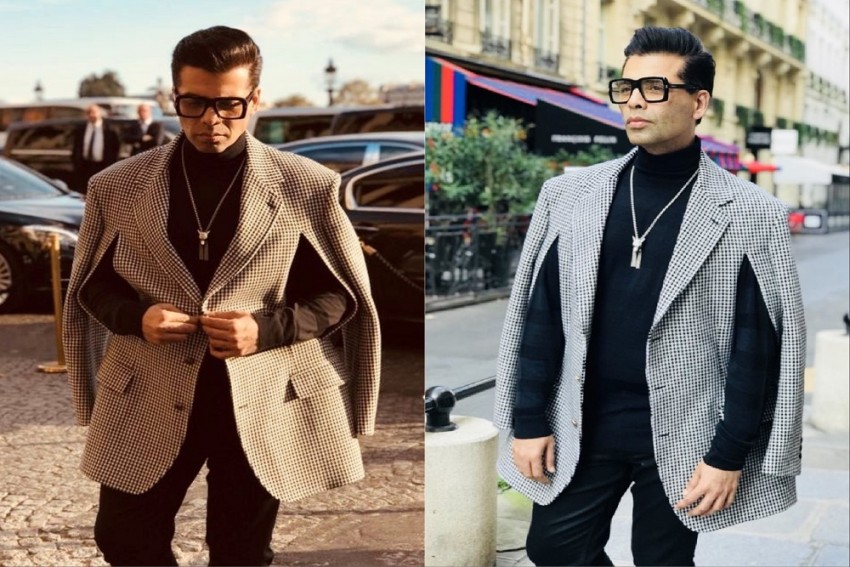 Filmmaker Karan Johar on Friday issued a statement debunking the media reports alleging that narcotics were consumed at one of his house parties, calling the claims “baseless and false”.

In a lengthy statement shared on Instagram, the filmmaker said neither he consumes narcotics nor does he promote usage of any such substance.

Johar’s response came after an old video from a star-studded party at his residence resurfaced on social media, amid Narcotics Control Bureau’s (NCB) drugs probe in connection with actor Sushant Singh Rajput's death.

In the short clip, first posted by the filmmaker on instagram last year, actors Shahid Kapoor, Deepika Padukone, Ranbir Kapoor, Varun Dhawan, Arjun Kapoor, Malaika Arora, Vicky Kaushal among others can be seen partying together. It is being alleged that drugs were consumed by several top film personalities at this party.

"Certain news channels, print/ electronic media and social media platform(s) are wrongly and misleadingly reporting that narcotics were consumed at a party that I, Karan Johar hosted on July 28, 2019 at my residence. I had already clarified my position way back in 2019 that the allegations were false," Johar said in the statement.

“In view of current malicious campaign, I am reiterating that the allegations are completely false and baseless. No narcotics substance were consumed at the party. I would like to unequivocally once again state that I do not consume Narcotics and I do not promote or encourage consumption of any such substance," he added.

The director said such "slanderous" statements and news articles have subjected him, his family, colleagues, and banner Dharma Productions, to "hatred, contempt and ridicule".

On Friday, NCB had questioned Dharma Productions' executive producer Kshitij Ravi Prasad and Anubhav Chopra in relation with the drug-nexus in the Hindi film industry. But according to Johar he doesn’t know any of them personally.

The filmmaker said Prasad joined Dharmatic Entertainment, sister concern of Dharma Productions, in November 2019 as one of the executive producers on contract basis for a project, which eventually did not materialise.

Johar added that Chopra was briefly associated with his banner as an assistant director and worked only on two projects.

Johar said in the past few days media has resorted to “distasteful, distorted and false allegations”, and if the baseless claims continue to malign his image he wouldn’t be left with any other option but to legally protect his rights.

“I hope the members of the media would exercise restraint else I will be left with no option but to legally protect my rights against this baseless attack on me," he said.

Meanwhile, Padukone and Sara Ali Khan, who have been summoned by the NCB in a drug case related to the death of Sushant Singh Rajput, arrived in the city from Goa, on Thursday.

The NCB, which began the probe after a drugs angle came to light in connection with Rajput''s alleged suicide, has now widened its investigation and called film celebrities for questioning.

Khan is set to appear before the NCB on Saturday, along with Padukone and Shraddha Kapoor. Actor Rakul Preet Singh and Padukone's manager Karishma Prakash were summoned on Friday.

Rajput,34, was found dead in his Bandra apartment on June 14. His death has sparked a lot of controversy in the media and the case is currently being investigated by the Central Bureau of Investigation (CBI), the Enforcement Directorate (ED) and the NCB.

His girlfriend, actor Rhea Chakraborty, who has been accused of abetting Rajput''s suicide by his family, has been arrested in the drugs case linked to his death.

Kangana Bungalow Row: 'Did You Act In Other Cases With Same Speed', HC Asks BMC