Anushka Sharma stands in support of Zareen Khan after she gets trolled for letting her stretch marks show in her picture. 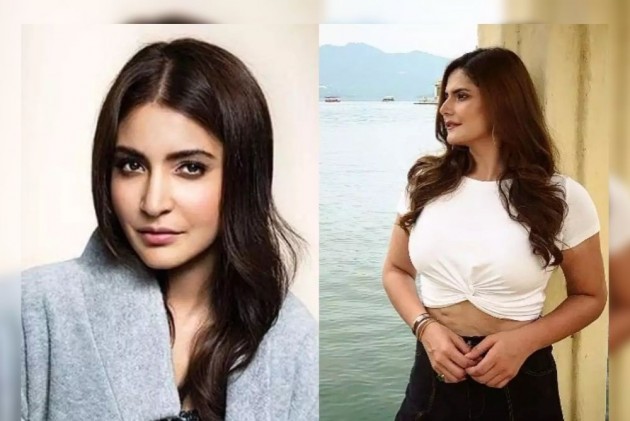 Zareen Khan lately posted a beautiful picture of herself standing by a lake in the city of Udaipur. The actress shared a happy picture of herself posing amidst the city sight. Zareen was trolled by a bunch of people for showing her stretch marks in the picture and she gracefully shut them down, posting another picture of herself writing alongside the lyrics from Paul Weller's motivational song Wild Wood. "Don't let them get you down, making you feel guilty about. Golden rain, will bring you riches. All the good things you deserve and now", She wrote.

Zareen won silenced her trollers in the most dignified way and received tons of love and appreciation for it. Anushka Sharma too, expressed her support and stood up for her sharing an Insta story which said "Zareen, you're beautiful, brave and strong just the way you are."

"For people who are very curious to know about what's wrong with my stomach, this is the natural stomach of a person, who has lost 15 kgs of weight, this is how it looks when it is not photoshopped or surgically corrected," Zareen stated on her Instagram story.

She shut down her trollers embracing herself and doubling her confidence when they tried to break it. "I've always been someone who believes in being real and embraced my imperfections with pride rather than covering it up," Zareen.