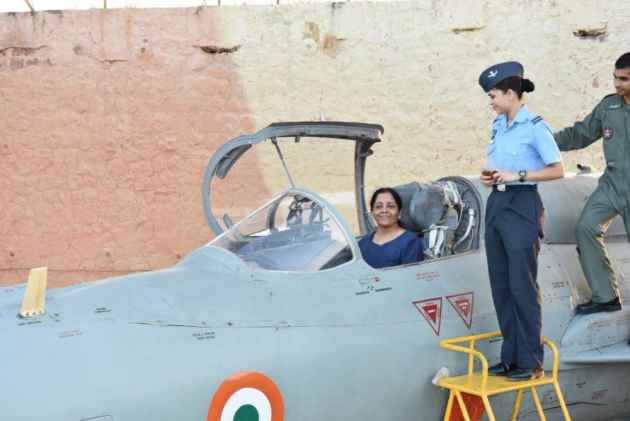 Defence Minister Nirmala Sitharaman has dismissed a CAG report flagging ammunition shortage as "factually wrong" and said there is no dearth of weapons with the forces.

The CAG report  had stated that the defence forces had ammunition that could last for 20 days in the event of a war but Sitharaman said the facts of the report were wrong and it was unnecessary to debate on the issue.

"After taking the charge of defence ministry, I have discussed the issue with senior officers and experts. Purchasing weapons...Is a continuous process," she said.

The Comptroller and Auditor General (CAG), in its report tabled in Parliament recently, had stated that the defence forces had ammunition that could last for 20 days in the event of a war, instead of the minimum requirement of 40 days.

It criticised the state-run Ordnance Factory Board (OFB) for inadequate quantity of ammunition supplied to the Army since March 2013.

Sitharaman's predecessor in the defence ministry, Arun Jaitely told Parliament that the findings of the CAG report, which had talked about the shortage of ammunition, related to a particular point of time.

"Thereafter significant process has been made. It is a continuous process. Therefore, nobody should have any doubt about the availability of equipment or the preparedness of our forces," he asserted.

Sitharaman, who was appointed the defence minister in the last Cabinet reshuffle, visited the Uttarlai Air Force base here.