Saris or jeans, salwar kameez or skirts, it's clearly only a matter of personal preference: it is ill-advised of women in the public eye to play into misogynist hands by picking on other women 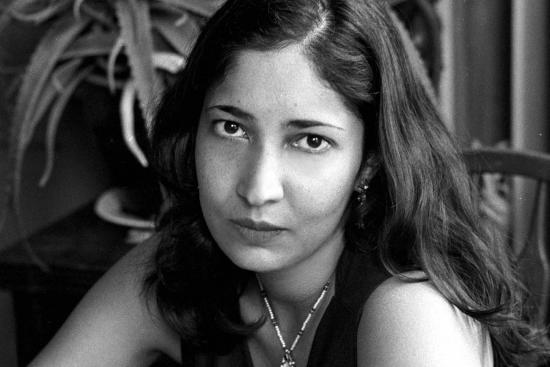 For a country that still tops the global league tables for bad places in which to be a woman, it’s not as easy these days to be a high-profile sexist as it used to be. Periodic pronouncements by grizzled patriarchs—whether politicians, journalists or bureaucrats—about how women either ‘asked for it’ or should be more careful in how they dress lest they be seen to be ‘asking for it’ are met with deserved outrage. Students have brought Jadavpur University in Calcutta to a halt over their demand that seriously allegations of sexual harassment be properly investigated by university authorities; they are in no mood to be fobbed off by charges reverting to their improper behaviour or youthful recklessness. A national newspaper’s recent cringingly adolescent nudging and winking at a photo of celebrity cleavage was also met with implacable contempt by the woman actor in question as well as many readers.

So what then is the proper response when an acclaimed Indian woman author with a high international profile is quoted in one of the world’s leading newspapers expressing rather more than her personal preference for saris over Western clothes. Thus spake Booker-Prize winner, Kiran Desai, a few days ago in an interview to Britain’s The Guardian newspaper:

I feel ashamed of myself when I feel right in New York, because there's something wrong with this place. I'm always stunned when I walk into a party and I find all these women are really wearing little high heels, and girls are dressed in tiny clothes that look really horrible, in fact, and they're so miserable in the cold of winter, wearing tiny little high heels in the snow. These women have no pride.

No sense of cold perhaps; of their pride, Desai is not qualified to speak. Articulated in perfect English, unlike many a misogynist jibe, Desai’s remarks are presented as part of a larger conversation about women’s relationship to their clothes ahead of the publication of a book, called Women in Clothes. Even within the somewhat limited cosmopolitan and elite framework within which this conversation apparently takes place, it might have been possible to say interesting things about how clothing shapes one’s relationship to different cultural spaces or how shifting between modes, within India as much as between countries, carries different bodily and mental inflections. Something. Anything. It’s actually not very difficult to be interesting in these matters, to produce a little thought that might not shift ideological mountains but might prompt our minds to take a walk down a different reflective pasture. But so much easier, perhaps, to take recourse to the unexamined and the habitual: good old-fashioned ‘slut-shaming’ with a hefty dose of exoticism thrown in. For having sourly painted her New Yorker social acquaintances (who, let’s face it, will be seen by most people, certainly Indian readers, as white and Western) as shameless hussies with no dignity, eager to bare all, Desai makes another startling claim:

Fashions don't carry over, so if you fly between places you will inevitably look wrong in the country you're going to. Definitely going to India you look bad if you go in your western clothes. Everyone comments on how awful you look right away. The sky is different, the street is different, the dust is different—only Indian clothes work.

Apart from being manifestly untrue for the kind of firmly middle—or upper—class social milieu in which Desai and many of us grew up in— and increasingly untrue for most urban areas in India— the observation rehearses a familiar traditionalist canard: that somehow, the very air and earth of India require a mode of female dressing that is unique to its aura. The sort of thing you might well hear from the moral police who are fond of running a sartorial patrol or two once in a while. When followed by an encomium to the sari—a garment, by the way, that I myself am very fond of and have absolutely no problem wearing in the West—such a remark is indistinguishable from more directly misogynist directives to Indian women about how to dress appropriately for India’s unique landscape . For them too, Western clothes—from jeans to skirts— inherently ‘look wrong’ or ‘awful’ and ‘don’t work’.

Does it matter, you ask, what one individual writer thinks about what she should wear in one place but not in another? So Kiran Desai doesn’t feel comfortable wearing jeans in Delhi or saris in Manhattan. Fair enough. She should wear what she likes. But unfortunately, we live in times when what is said publicly, not about one’s own personal wishes, but about women and their relationship to both clothes and space more generally matters. It matters particularly coming from someone who, for better or for worse (probably the latter) has taken on—and speaks with—representative authority of and for India in the West. Desai’s school-girlish nastiness about women without any pride who wear ‘tiny clothes’ and ‘tiny little heels’ will thrill Indian misogynists with whose pseudo-traditionalism it resonates, while many of the Western women—who are shamefully treated as fair game on many an Indian city street—it is directed at will presumably take it on the chin out of a sense of cultural guilt.

Ultimately, Desai’s self-exoticising ‘slut-shaming’—constructing a bejewelled, silk or soft cotton clad mysterious Indian donna whose flowing rustling yards of fabric ‘make a kssshh’ sound—does no one other than herself any favours as she tells her Western readers (who presumably tug their skirts down shamefacedly as she speaks) that she’s ‘writing a story right now about these women going to visit the family jewellery in the bank.’ It’s then that the peculiar self-positioning as a deeply Indian writer who lives a tragically uncomfortable life wearing Western clothes in Manhattan under duress starts to make a certain canny literary and commercial sense: ‘It's that much the centre of your life—your saris, your jewels. There are women in my family—their eyes, their entire expression changes as soon as they're in front of a sari or old jewels they've handed down.’ ‘Any Indian woman knows’, Desai tells us without a trace of self-consciousness or class awareness, what it is like to inherit and to pass on jewels, having already indicated—in a nearly very interesting observation—that wearing beautifully starched and ironed cotton saris requires the assistance of servants. Rather than reflect further on the reality that looking elegant and glamorous in ‘traditional’ ways often requires the labour of those, including the weavers involved, who don’t get to walk around wearing beautifully starched saris and inherited jewellery, we get instead a peculiar condemnation of Western clothes for having an insufficiency of ‘animals’ on them. There might have been something to be said about the weavers being pushed out of traditional occupations by ‘cheap Chinese silks… flooding the market’ but the main problem it turns out, is that these ‘nylony’ ones don’t make the right kind of rustling sound.

On this we can all agree: saris can be things of beauty, a pleasure to possess and a joy to wear. We can live, work, run and play in them. And if that is what suits us, that’s what we should do. If other women prefer to stride around in jeans or totter about in heels during the winter, the cold be damned, that, it ought to be needless to say, is absolutely fine too. Moralising about what is right and wrong for Indian nature and culture is gratuitous. And, Kiran, being spiteful about other women’s clothing choices is totally unacceptable. Leave that to the fulltime misogynists: we’ll take care of them.

Priyamvada Gopal, the author of Literary Radicalism in India, is Senior Lecturer of English, University of Cambridge.