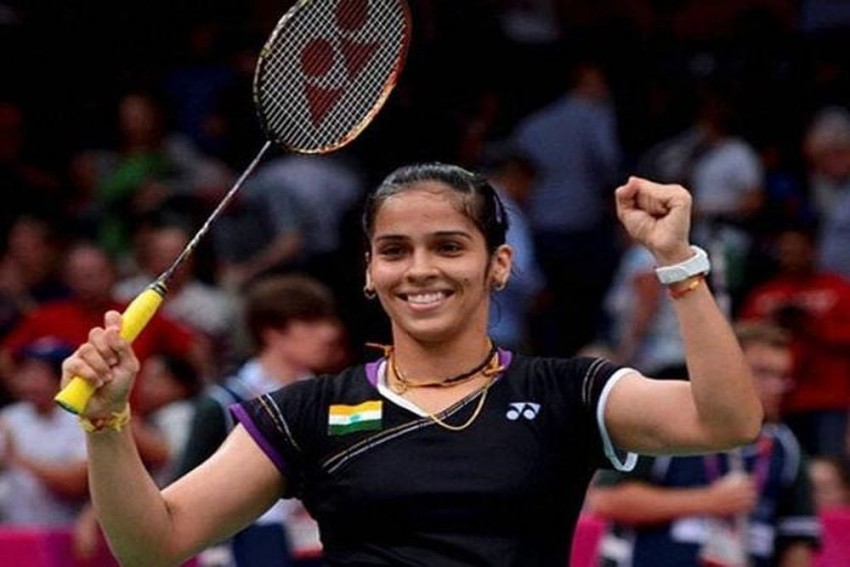 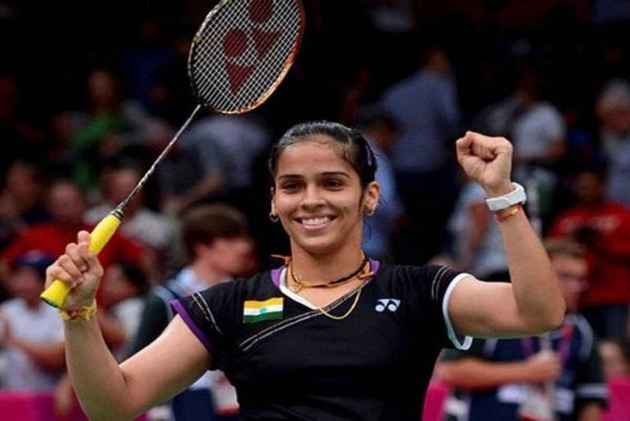 Indian shuttler Saina Nehwal defeated her opponent PV Sindhu by straight games to clinch the women's singles title in the badminton competition at the 21st Commonwealth Games here on Sunday.

The triumph marked a remarkable end to her CWG campaign this edition. She was the pillar of India's gold-winning campaign in the team championship earlier, playing every one of the singles matches due to Sindhu's injury.

In a match that started on equal footing, Saina managed to dominate, bringing a rarely seen aggression to the court.

The brute force of Sindhu's smashes was something that Saina found hard to deal with. On the other hand, Sindhu found it tough to adjust to the delicate placement of strokes of Saina, who took the pace off the shuttle by attacking the net.

The strategy worked quite well for the London Olympics bronze-medallist and she raced to an 9-4 lead. As the gap widened, Saina's command on the baseline also improved. The two contrasting styles of the two shuttlers made for an exhilarating contest.

What also stood out was Saina's sharper instincts to leave the returns that landed out. Sindhu struggled to control the power she put on her shots, losing at least four points for pushing the shuttle outside and trailed 6-11 at the lemon break.

Sindhu came back strongly after the break and narrowed the gap a bit but the drift-factor affected her strokeplay way more than Saina, who also seemed the more pumped up of the two, grunting quite a bit after every point won.

Saina's court coverage was also the more impressive of the two. A telling image of the opening game was when Sindhu was brought to her knees trying to return a smash that didn't really have any power in it but was just placed perfectly on the left corner.

Sindhu found her bearings after Saina had taken a 20-14 lead and closed it 18-20 but Saina brought her own brute force to fore with a smash targeting Sindhu's body which was simply unreturnable. Saina claimed the opening game 21-18 in 23 minutes.

The second game followed a similar tangent and despite having the more tired set of legs, Saina was a delight with her trademark angled smashes. But to Sindhu's credit, she too exhibited a better command on her smashes and improved considerably court-coverage to take a 9-7 lead, which she widened to 13-8 after the break.

For the full house, mostly packed with the diaspora, it was a brilliant Sunday outing as the top two women of Indian badminton slugged it out, displaying an array of strokes.

The see-saw battle continued when Sindhu hit one out to give Saina the equalising point yet again.

This time, it was Saina who got the championship point when Sindhu struck a return out. The lady, who looked the hungrier of the two all through, was surprisingly late in picking one up as Sindhu made it 21-21.

But Saina was back in lead with a cross-court smash that Sindhu just could not reach. Serving for the gold, Saina forced a wide stroke from Sindhu and then let out a scream to celebrate the triumph.

PDP Says PDP-BJP Alliance Will Have No Alternative