'Cow Protection Has Been Our Agenda'

The MP CM claims the BJP wants to come across as the real protector of the cow, making the Congress into an enemy of the cow. 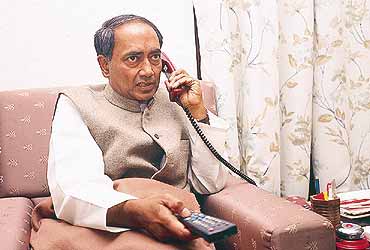 With the state assembly elections just around the corner, Digvijay Singh has been facing rough weather from the BJP over the cow issue. He maintains that the BJP wants to come across as the real protector of the cow, making the Congress into an enemy of the cow whereas, he insists, the Congress raised the issue of cow protection even before independence.

How do you see the furore over the recent cow slaughter issue in the state?

The issue has been raised over an alleged incident of cow slaughter in Ganjbasauda. The police acted as soon as the incident was reported, but the BJP and VHP workers went on a rampage burning down shops of 150 innocent people.

The production of beef has gone up during BJP’s reign. There has been a ban on cow slaughter in Madhya Pradesh since 1959.  And we have set up the Gau-Seva Ayog (Cow Protection Organisation) in the state.

What are your views on a complete ban on cow slaughter?

What about the posters portraying Prime Minister Vajpayee to be a beef eater?

No, this is not correct. I have not seen any such poster or pamphlet. Firstly, no one from the congress would do such a thing. But even if someone has done it, it’s not right.