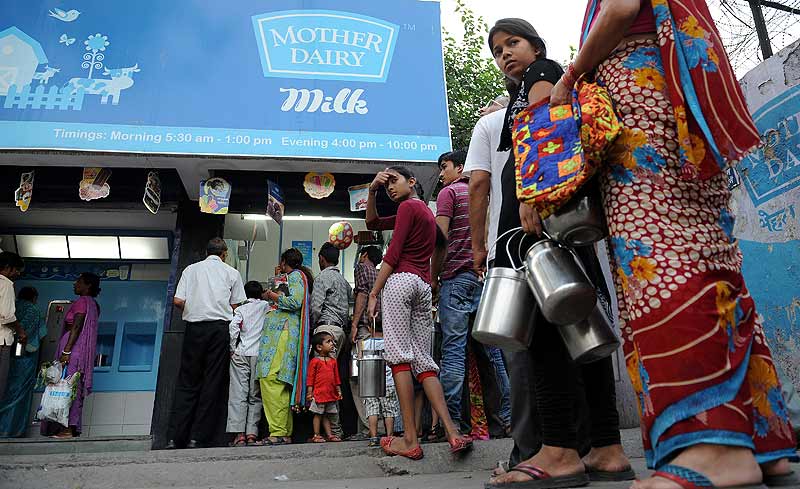 Delhi Health Minister Satyendra Jain today said as many as 21 samples of milk, out of the total 165 tested, were found to be of sub-standard quality.

He said those who failed the tests included prominent brands like Amul and Mother Dairy.

The drive, which started on April 13, also took three samples of ghee for testing, and found one (of a local brand) "unsafe", the minister said.

"The issue was raised in the Assembly and I gave directions to test samples of the milk in Delhi. We have taken a total of 177 samples across Delhi including branded and local products, reports of 165 have come out, and out of this 21 samples (including Mother Dairy and Amul) have failed for their sub-standard quality - which does not mean they are unsafe," Jain told reporters.

Talking about 'sub-standard', Jain said it can mean two things: one is fake(unsafe) and the other one is where it does not meet the prescribed requirement (safe, but falls short of some content, like fats for example).

Most of the failed samples, during this drive, were found adulterated with milk powder, he added.

"All cases will be submitted to the court and the drive will continue to happen and will be extended to all milk products.

"Earlier there were four food inspectors and now 18 of them have joined newly for the drive and will be on the field on daily basis," he said, adding that parameters mentioned by the Food Safety and Standards Authority of India (FSSAI) were followed in the drive.

On punishment, Jain said that in case of sub-standard milk there would be a penalty ranging between Rs 5,000 and Rs 5 lakh.

However, he said it won't be the case if a product is found to be unsafe.

"If unsafe product - like a sample that was found unsafe in ghee - there can be imprisonment from 6 months to 3 years," he said.