Home  »  Website  »  International  »  'All We Want Is To Bury Him In Medina With Rest Of His Family': Jamal Khashoggi's Sons Ask For His Body

'All We Want Is To Bury Him In Medina With Rest Of His Family': Jamal Khashoggi's Sons Ask For His Body

"All what we want right now is to bury him in Al-Baqi (cemetery) in Medina (Saudi Arabia) with the rest of his family," Salah, one of Khashoggi's sons, said. 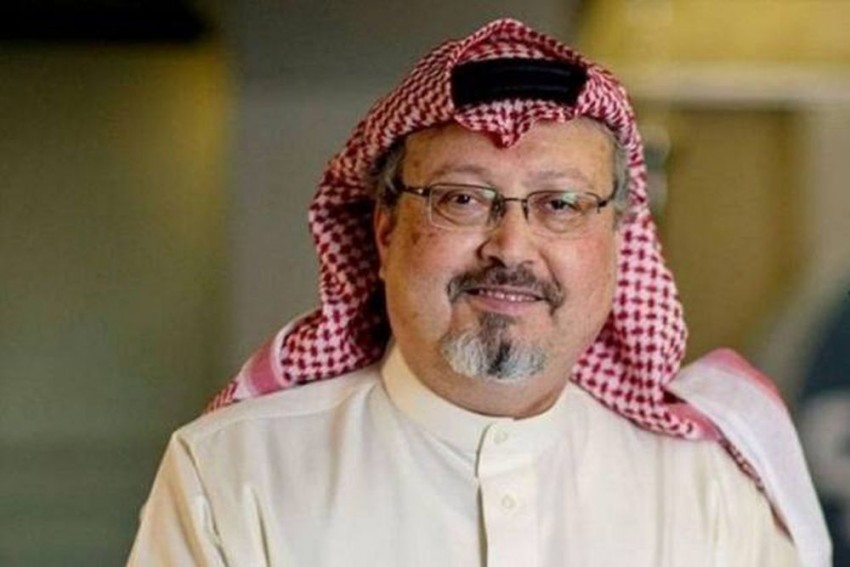 Slain Saudi journalist and Washington Post columnist Jamal Khashoggi.
AP Photo
Outlook Web Bureau 2018-11-05T09:53:41+05:30 'All We Want Is To Bury Him In Medina With Rest Of His Family': Jamal Khashoggi's Sons Ask For His Body 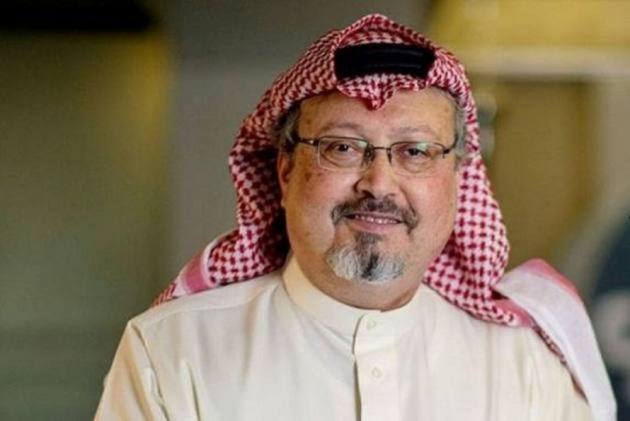 The sons of murdered journalist Jamal Khashoggi issued an emotional appeal for the return of their father's body, in their first interview since he was killed in the Saudi consulate in Istanbul on October.

Salah and Abdullah Khashoggi, who called their father "courageous, generous and very brave", told CNN on Sunday night they endured weeks of anguish and uncertainty following his disappearance and death.

"I really hope that whatever happened wasn't painful for him, or it was quick. Or he had a peaceful death," Abdullah Khashoggi, 33, told the news channel during a sit-down interview in here with his brother, Salah, 35.

Without their father's body, the brothers said that their family was unable to grieve or find closure.

"All what we want right now is to bury him in Al-Baqi (cemetery) in Medina (Saudi Arabia) with the rest of his family," Salah said.

"I talked about that with the Saudi authorities and I just hope that it happens soon."

Authorities in Turkey, who believe that Khashoggi was murdered by a hit squad sent from Riyadh, were still searching for the journalist's remains.

Last week, the chief prosecutor's office said Khashoggi's body was dismembered after he was strangled, while the Washington Post reported investigators were looking into the theory that the body was dissolved in acid.

"We now see that it wasn't just cut up, they got rid of the body by dissolving it," Yasin Aktay, an advisor to Erdogan and official in Turkey's ruling party, told the Hurriyet newspaper on Friday.

"According to the latest information we have, the reason they cut up the body is it was easier to dissolve it," Aktay said.

The Turkish official quoted by the Washington Post said that "biological evidence" found in the consulate's garden indicated the body was likely disposed of near where Khashoggi was killed.

The Saudi Royal Palace has denied any knowledge of the body's whereabouts.

Abdullah and Salah told CNN that their father had been misunderstood and intentionally misrepresented for political reasons.

"Jamal was a moderate person. He was liked by everybody. He had differences and common values with everyone," Salah said, describing the late Washington Post columnist as a genuine, happy person and an "amazing" father.

"I see a lot of people coming out right now and trying to claim his legacy and unfortunately some of them are using that in a political way that we totally don't agree with.

"Public opinion is important... But my fear is that it's being over politicized. People are throwing analysis that may direct us away from the truth," he added.

According to reports in The Washington Post and The New York Times, Khashoggi was labelled as a Muslim Brotherhood sympathiser and a dangerous Islamist in phone calls the Saudi Crown Prince Mohammed bin Salman had with Jared Kushner, US President Donald Trump's son-in-law and Middle East adviser, and John Bolton, National Security Adviser.

"It's just labels and people not doing their homework properly, and reading his article and going in depth. It's easier to stick a label on him," Abdullah said, when asked about the Muslim Brotherhood claim.

Asked how Khashoggi should be remembered, Salah replied: "As a moderate man who has common values with everyone... A man who loved his country, who believed so much in it and its potential.

Reflecting on their father's career as a journalist, the brothers said their father was "like a rock and roll star" when they were out with him in Saudi Arabia.

Salah, the eldest sibling, has been made the principal family point of contact by the Saudi government. Abdullah, who lives in the United Arab Emirates was the last of the slain journalist's children to see him alive.

Khashoggi's murder has placed strain on the decades-old alliance between the United States and Saudi Arabia and tarnished the image of Crown Prince Mohammed bin Salman, the kingdom's de facto ruler.

War-Torn Yemen Is Today A Living Hell For Every Child: UN