Home  »  Website  »  Arts & Entertainment  »  A Year Of Big Fat Celebrity Weddings To Me Too Movement: What Made 2018 Eventful

The year of 2018 gave birth to one of the most powerful movements for women empowerment, it led to the oneness of some of our favourite celebrities and at the same time amid the happiness, we lost some of our brightest shining stars. 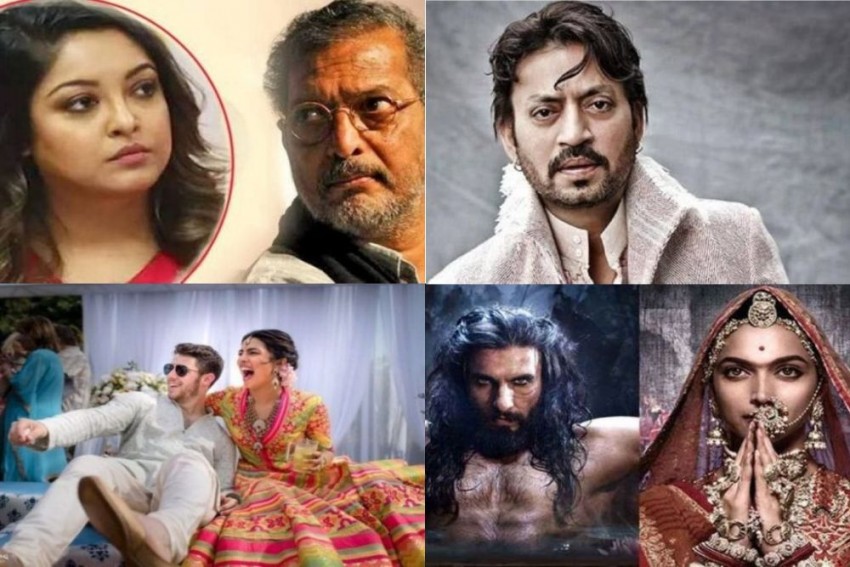 File Photo
Outlook Web Bureau December 22, 2018 00:00 IST A Year Of Big Fat Celebrity Weddings To Me Too Movement: What Made 2018 Eventful 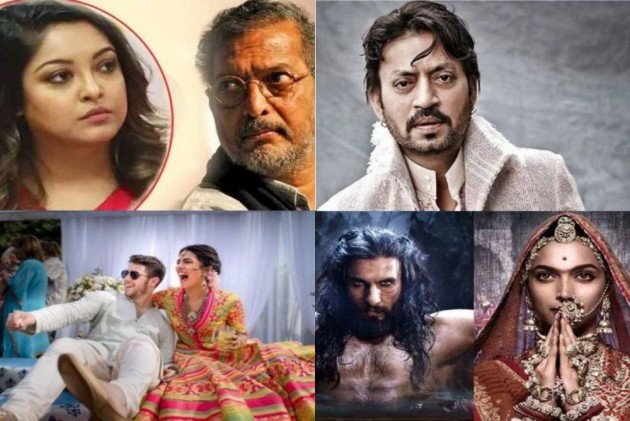 As 2018 ends, we look back at various events that have shaped this year into a bitter-sweet one for the film industry. This year gave birth to one of the most powerful movements for women empowerment, it led to the oneness of some of our favourite celebrities and at the same time amid the happiness, we lost some of our brightest shining stars. Tanushree Dutta on October 11, 2018, filed an FIR against Bollywood veteran Nana Patekar over sexual harassment that took place on the sets of a movie in the year 2010. Besides Patekar, the FIR has also been lodged against director Rakesh Sarang, producer Sami Siddiqui and choreographer Ganesh Acharya under Section 354 and 509 of the Indian Penal Code (IPC). Following that, incidents of sexual harassment and misconduct have come out in the open, with allegations being levelled against many personalities in the entertainment industry, including Sajid Khan, Vikas Bahl, Alok Nath, Rajat Kapoor, Anu Malik, Jatin Das, Nawazuddin Siddiqui, Kailash Kher, Tanmay Bhatt among many others.

The Me Too wave also followed its way into the media industry calling out powerful names like M J Akbar. 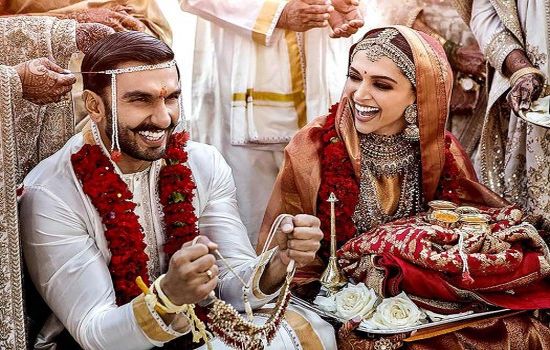 Deepika Padukone and Ranveer Singh tied the knot at Italy’s Lake Como on November 14 and 15 in solace. Later, the couple had their wedding receptions in Mumbai and Bangalore. Photographs from the wedding left us all gasping for more… Priyanka Chopra and Nick Jonas, where the world of Hollywood and Bollywood collide, exchanged their ‘I Do’ in a Catholic Ceremony on December 1 at the Taj Umaid Bhawan Palace in Jodhpur. Jonas proposed to Chopra on the actresses 36th Birthday. 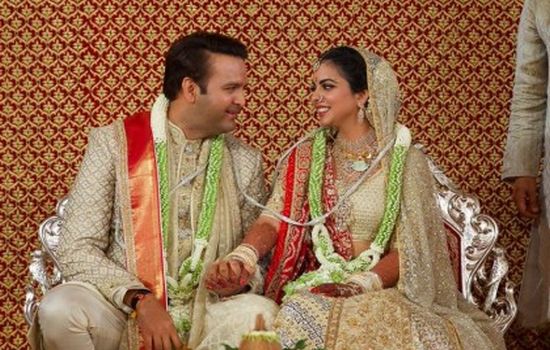 Isha Ambani and Anand Piramal’s wedding can only be described a “Royal Wedding” for the scions of two top business conglomerates. The grand wedding festivities had started several days earlier in Udaipur, Rajasthan which witnessed a performance by Grammy award-winning singer Beyonce Knowles, a four-day special 'Anna Seva' and an expo on traditional Indian handicrafts, besides other events for the guests that included many of the biggest names from politics, business and Bollywood. 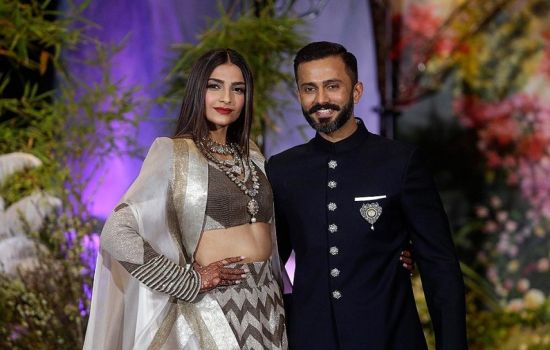 Sonam Kapoor on May 8 exchanged her wedding vows with long-time beau Anand Ahuja Kavita Singh's Rockdale mansion in Bandstand, Bandra. The fashion-forward couple had a “friends and family only” wedding affairs in a traditional Sikh ceremony. 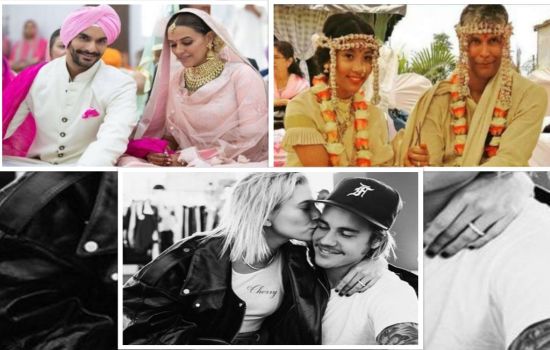 Neha Dhupia and Angad Bedi, Milind Soman and Akita Konwar, Hailey Baldwin and Justin Bieber are some celebrity couples that got married in the year 2018, keeping their wedding ceremonies low-key and paparazzi-free. 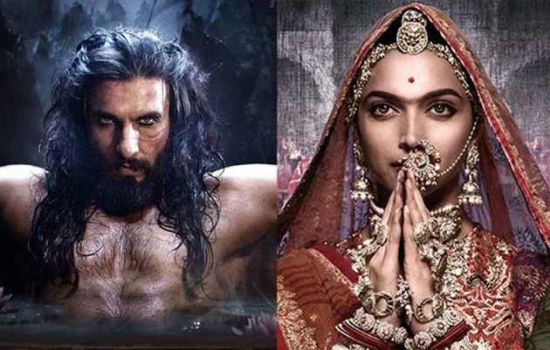 Padmavat, earlier known as Padmavati released on January 25 after much controversy. The board suggested multiple modifications which included the Film Title. Modifications in disclaimers, pertinently adding one regarding not glorifying the practice of "Sati" and also relevant changes in the song "Ghoomar" to befit the character portrayed were issued in a release by the CBFC. 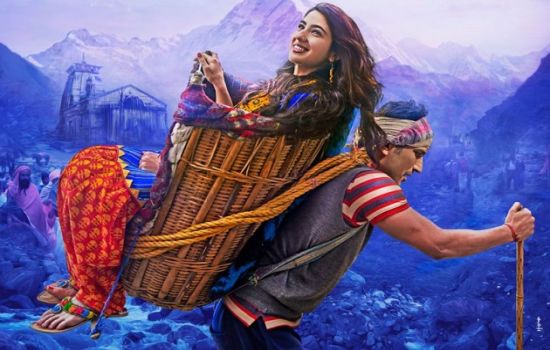 The Sushant Singh Rajput-Sara Ali Khan starrer set against the backdrop of the 2013 deluge and depicts the love story of a Muslim porter and a Hindu girl on a pilgrimage to Kedarnath, underwent rumbles of controversy. The film was banned in seven districts of Uttarakhand but released elsewhere on December 7. 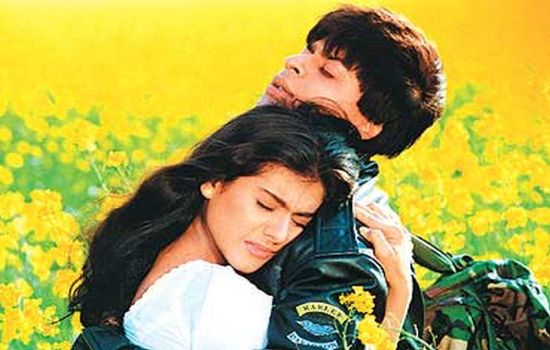 5. Terminal Illnesses That Did Not Let Celebrities Off Their Ground 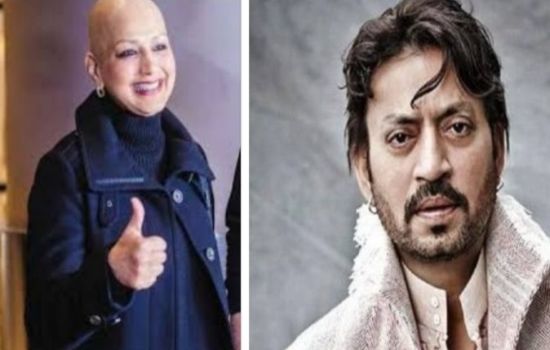 Actress Sonali Bendre came out with a Twitter post in July, sharing with the world that she has been diagnosed with cancer. The nineties star had been in New York for most of 2018, receiving world-class treatment. She arrived in Mumbai in the starting of this month, when her husband Goldie Bahl said that she is recovering well.

Critically acclaimed actor Irrfan Khan revealed that he has been diagnosed with a neuroendocrine tumour in March. He has been in London ever since, battling his disease with a smile on his face. The ‘Hindi Medium’ actor was reportedly in India in November for a week, where he was seen celebrating Diwali with his family.

6. Entertainment Industry Lost Some Of Its Stars 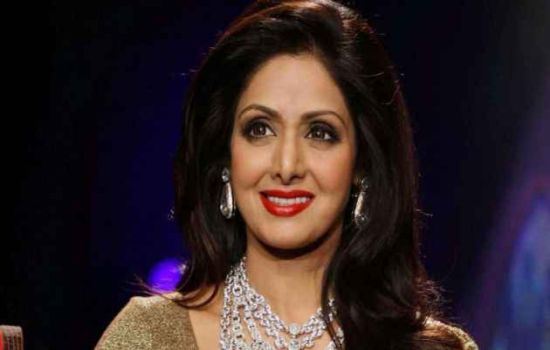 Sridevi, the Hawa Hawai actress lost her life at the age of 54, in an alleged drowning incident at her Dubai hotel room on February 24. She was attending her nephew; Mohit Marwah’s wedding in Dubai when this incident took place. The entire nation, as well as the Bollywood industry, mourned the niche actress’ sudden demise and paid their respects in Mumbai. 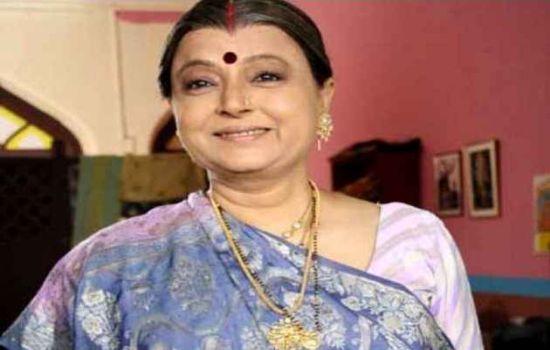 Veteran actress Rita Bhaduri passed away on July 17 at the age of 62. She was reportedly suffering from a serious kidney ailment. Rita gave her 30-years of contribution to the Indian film industry. She initially appeared as supporting actress in various Bollywood films during the 1970s, 1980s and 1990s. 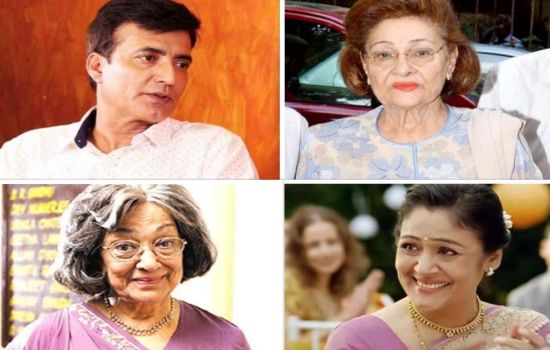 Ava Mukherjee Best known as Detective Nani passed away on January 15 at the age of 88.

Narendra Jha, known for acting in films like Raees and Haider, died at his farmhouse in Nashik on March 14 after suffering a massive heart attack. He was 55 years old.

Best known for her role in 'English Vinglish', Sujata Kumar lost the battle with cancer on August 19. She was suffering from fourth stage metastatic cancer (metastasis) and was admitted to Lilavati Hospital in Mumbai.

Krishna Kapoor, the widow of the legendary Bollywood actor Raj Kapoor, passed away on October 1 in Mumbai. She was 87 and is survived by her sons Randhir Kapoor, Rishi Kapoor, Rajiv Kapoor, and daughters Ritu Nanda and Rima Kapoor-Jain. 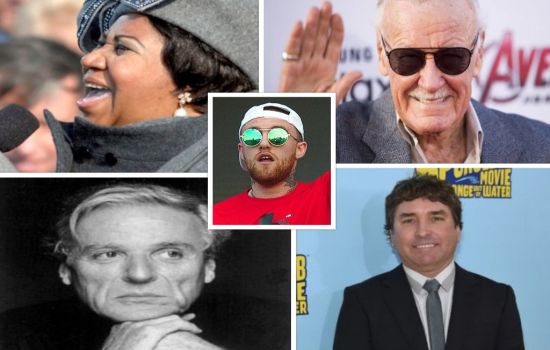 Rapper Malcolm McCormick, known and adored by fans as Mac Miller, died a tragic death on September 7 due to apparent overdose at the age of 26.

Stan Lee, the legendary Marvel Comics writer passed away on November 12 at the age of 95. The true hero of Marvel comics, he known for co-creating Spider-man, Thor, The Huld, Iron Man among many other superheroes.

William Goldman, an Oscar-winning screenwriter and novelist died at the age of 87 on November 16 from complications with colon cancer and pneumonia.

Stephen Hillenburg, The SpongeBob SquarePants creator passed away on November 26 at the age of 57, two years after being diagnosed with ALS.

Aretha Franklin, the Queen of Soul and the Voice of freedom and feminism, passed away on August 16 at the age of 76 due to pancreatic cancer.

Days Before Marriage, Deepika Padukone Wrote About Her Fight Against Depression, Anxiety