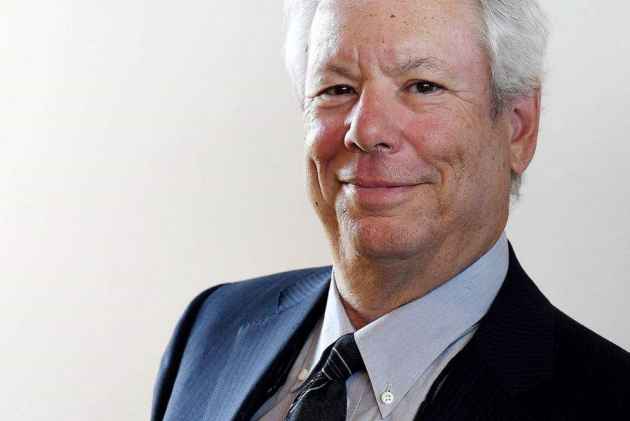 One of the famous examples of 2017 Nobel Economics Prize winner Richard Thaler’s Nudge theory were flies in men’s-room urinals at the Amsterdam airport.

In fact, the example was enshrined in the academic literature on economics and psychology.

According to The New York Times, the flies — images of flies, actually — were etched in the porcelain near the urinal drains in an experiment in human behavior.

After the flies were added, “spillage” on the men’s-room floor fell by 80%.

“Men evidently like to aim at targets,” said Thaler of the University of Chicago.

According to Thaler, the flies are his favorite example of a “nudge” — a harmless bit of engineering that manages to “attract people’s attention and alter their behavior in a positive way, without actually requiring anyone to do anything at all.” What’s more, he said, “The flies are fun”, reported NYT.

Thaler brought to prominence the idea of “nudge” economics, where humans are subtly guided toward beneficial behaviours without heavy-handed compulsion, the theme of a 2008 book he co-wrote which caught the eye of policymakers around the world, reports Reuters.

Thaler, 72, "is a pioneer in behavioral economics, a research field in which insights from psychological research are applied to economic decision making," a background paper from the academy said. That "incorporates more realistic analysis of how people think and behave when making economic decisions," it said.

The economics prize is something of an outlier — Alfred Nobel's will didn't call for its establishment and it honours a science that many doubt is a science at all.

The Sveriges Riksbank (Swedish National Bank) Prize in Economic Sciences in Memory of Alfred Nobel was first awarded in 1969, nearly seven decades after the series of prestigious prizes that Nobel called for.

Despite its provenance and carefully laborious name, it is broadly considered an equal to the other Nobel and the winner attends the famed presentation banquet.