A Dead Poet In America

My first years in America were dark and depressing, till I found Robin Williams and Dead Poets Society, and learnt about a different side of America. 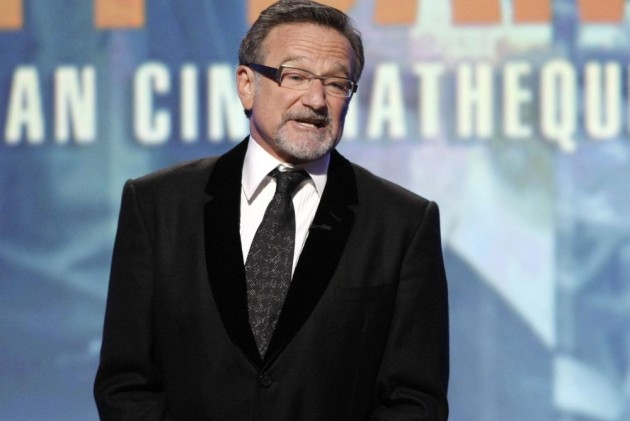 Robin Williams was found dead, in a case of an apparent suicide. His publicist said he had been "battling severe depression".

Was he depressed because he could not cope with Hollywood's lies, exploitation and profiteering? Was he so sad because he did not see a ray of hope at the end of the tunnel? Or was it something personal? We will never know.

But what we do know is that in spite of being a Hollywood celebrity, he put up some serious resistance. In Jumanji, he talked about Mother Nature and how the so-called civilized man destroyed it. Melodrama, yes. Typical Hollywood or Disney-style sensationalism, yes. Make-believe, fake, sentimental: yes too. Still, young boys and girls perhaps got an underlying message that if you keep destroying nature for urbanization and profiteering, nature will one day come to get you. And you'll have no place to hide. You can run, but you can't hide.  And his super-rich businessman dad who shows up later as a crazy, NRA-type maniac with an assault rifle ready to kill anyone in front of him? No underlying message there? Are you kidding me?

Of course, it was not the only movie where Robin Williams talked about violence, and against violence. He did it in Good Morning, Vietnam. He voiced a strong opposition of America's mindless, global terror unleashed on poor, ordinary people in a faraway land. So, it was just a movie, and he only acted in it? Sure! But wasn't that a loud and clear message against global warfare, and one conscientious military man's resistance against it? Wasn't his satire something we all thought was hitting the bull's eye? One by one by one?

I don't know about you. I always thought that Robin Williams was sometimes too loud, and too extravagant. His comic gestures sometimes ticked me off. I sometimes found them too blunt for my liking. Yet, looking back, through his meaty, American laugh, he did hit home runs every time. In his Good Morning, Vietnam, his Radio DJ was defeated, and the people in power returned him to America, because they couldn't take his strong, candid jokes anymore. But even in his defeat, he won. His acting won the hearts and minds of the American soldiers in the movie, and millions of people worldwide who got a chance to see through the smokescreen the military establishment and their politicians created for us.

I have not seen all his films. I also know I won't have time to talk about all his movies I actually saw, such as Mrs. Doubtfire, the man dressed as a woman to nanny his own divorce-separated kids. Or, Patch Adams where he was the cancer doctor in children's ward. Or, Fisher King. or, Mork and Mindy the TV serial. I'm sure I'm forgetting some more.

But I shall definitely remember Dead Poets Society, a 1989 movie where he acted as an English teacher at an aristocratic, conservative high school. It was the first Robin Williams movie I saw after coming to USA from India. I was completely blown away by the powerful story and his incredible performance as John Keating. His totally unorthodox teaching style shocked the school's administration, and was absolutely admired by his students. He taught them not just poetry—a subject nobody had paid any attention to before he came, but humanistic values. He taught them the purpose of life. He showed them that a global life outside of the straitjacket education system was indeed possible. He showed them how to breathe in open air, without any inhibition.

I have always believed in non-traditional, non-colonial teaching, and all my life I've tried to put my philosophy to practice. My first years in America were dark and depressing. I felt like I was suddenly given a lifelong exile in an Alcatraz-type prison, and could never escape from it. Suddenly, I found Robin Williams and Dead Poets Society, and learnt about a different side of America.

In Dead Poets Society, Keating's student Neil committed suicide, and the school administration asked Keating to leave. He leaves for good, but gets a standing ovation from the students he had mentored to be different human beings.

I find Robin Williams' own sudden end to be like a real-life replay of the movie. It is being called an apparent suicide. But he hasn't died. He and his one-of-a-kind fun persona will live on.