It was a dream final: the defending champions from newly independent India defeating their former imperial masters 4-0

It was a dream final: the defending champions from newly independent India taking on their former imperial masters who had avoided playing Olympic hockey as long as India remained a colony. Eventually, the Indians won the battle in style, defeating the British 4–0. The overwhelming Indian superiority was borne out by the match report by Alex Valentine in the Times of India, “India won the 1948 Olympic Hockey Championship in decisive fashion at the Wembley Stadium tonight, defeating Great Britain by four goals to nil. India’s superiority was never in dispute. Despite the heavy, muddy turf and the light rain, which fell for considerable time during the game, the Indians outclassed the British team with their superb ball control, accurate passing and intelligent positional play. Long before half time it was evident that India should win comfortably. If England had had any other goalkeeper but Brodie, India might have doubled their score…(By the middle of the second half) Britain had resigned to the fact that they had lost the game. But they were determined not to lose it by a greater margin. Whatever energies they had left they put into their defence. As the minutes dragged to the closing whistle, it was apparent the Indians were not going to get through the wall of British defenders. Full time came with yet another Indian attack on the British goal—and the match closed as it had opened. Only now the Indians were four ahead.” 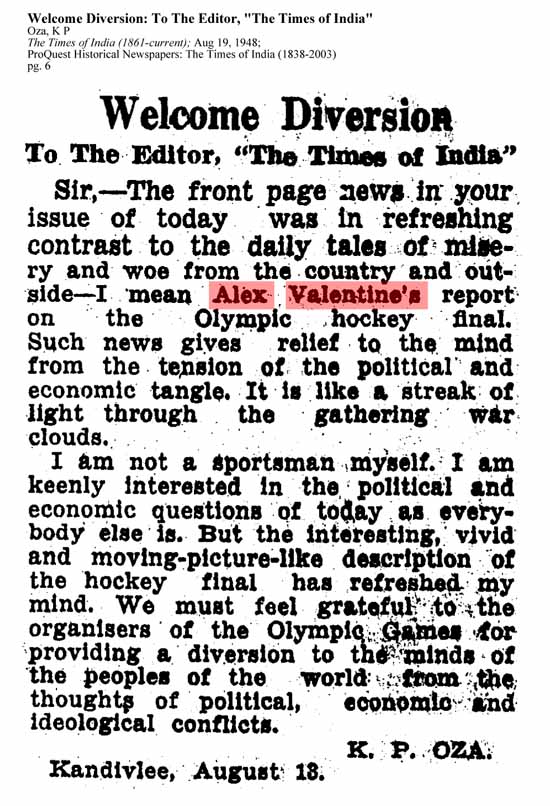 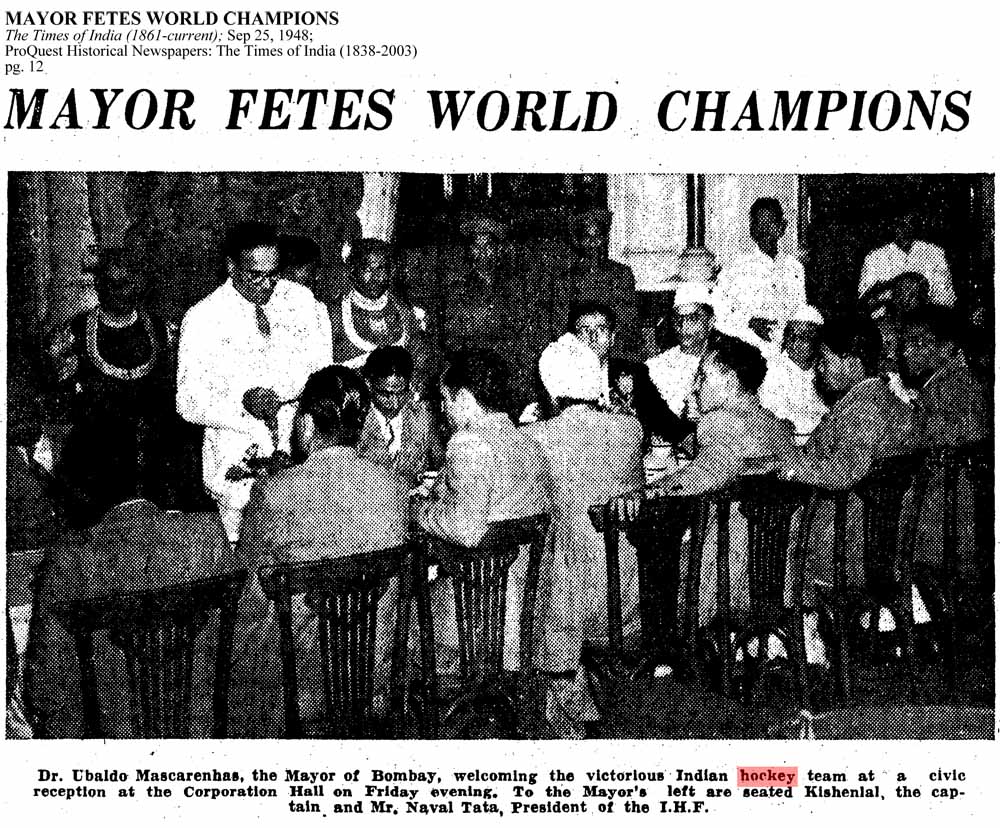 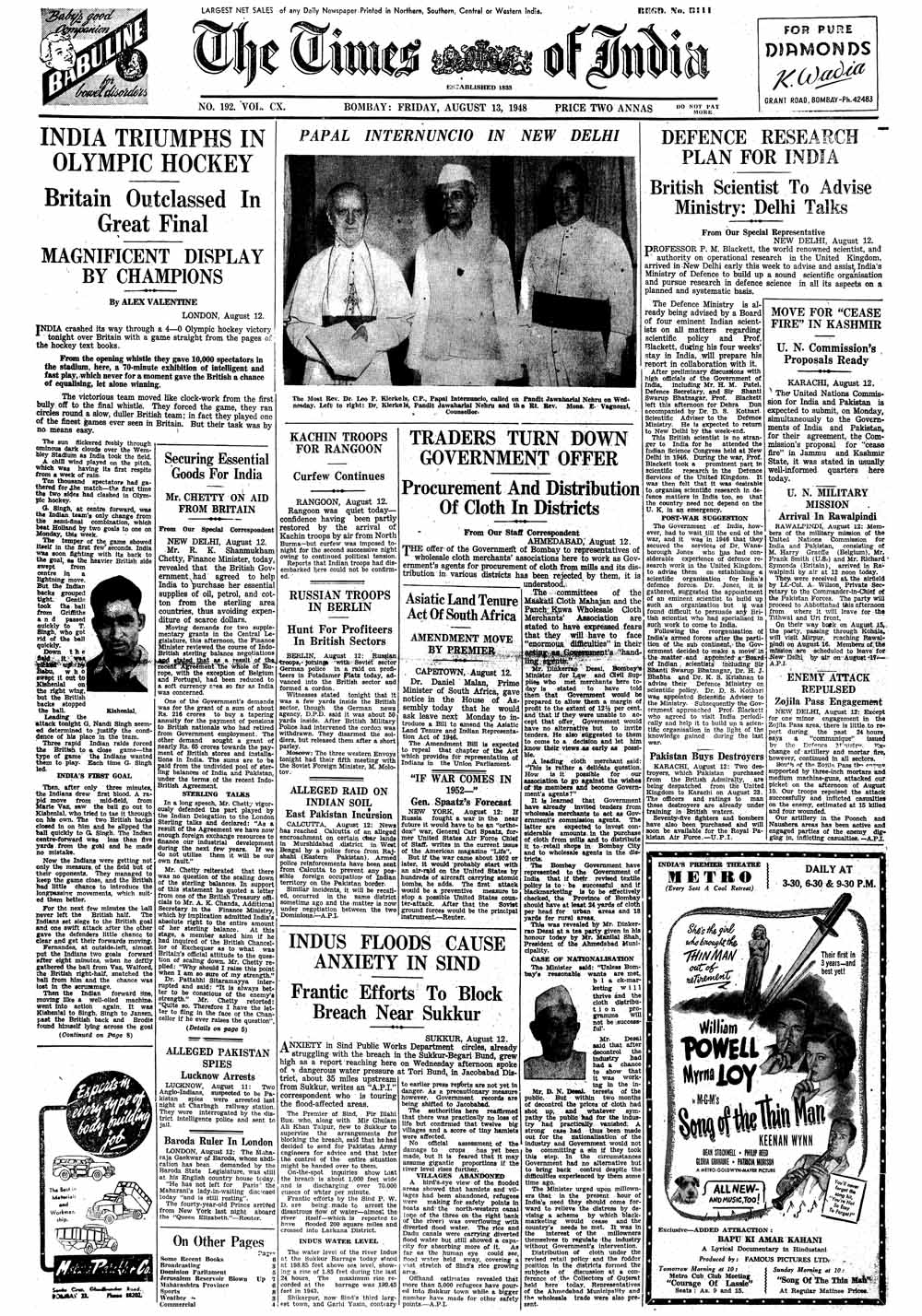 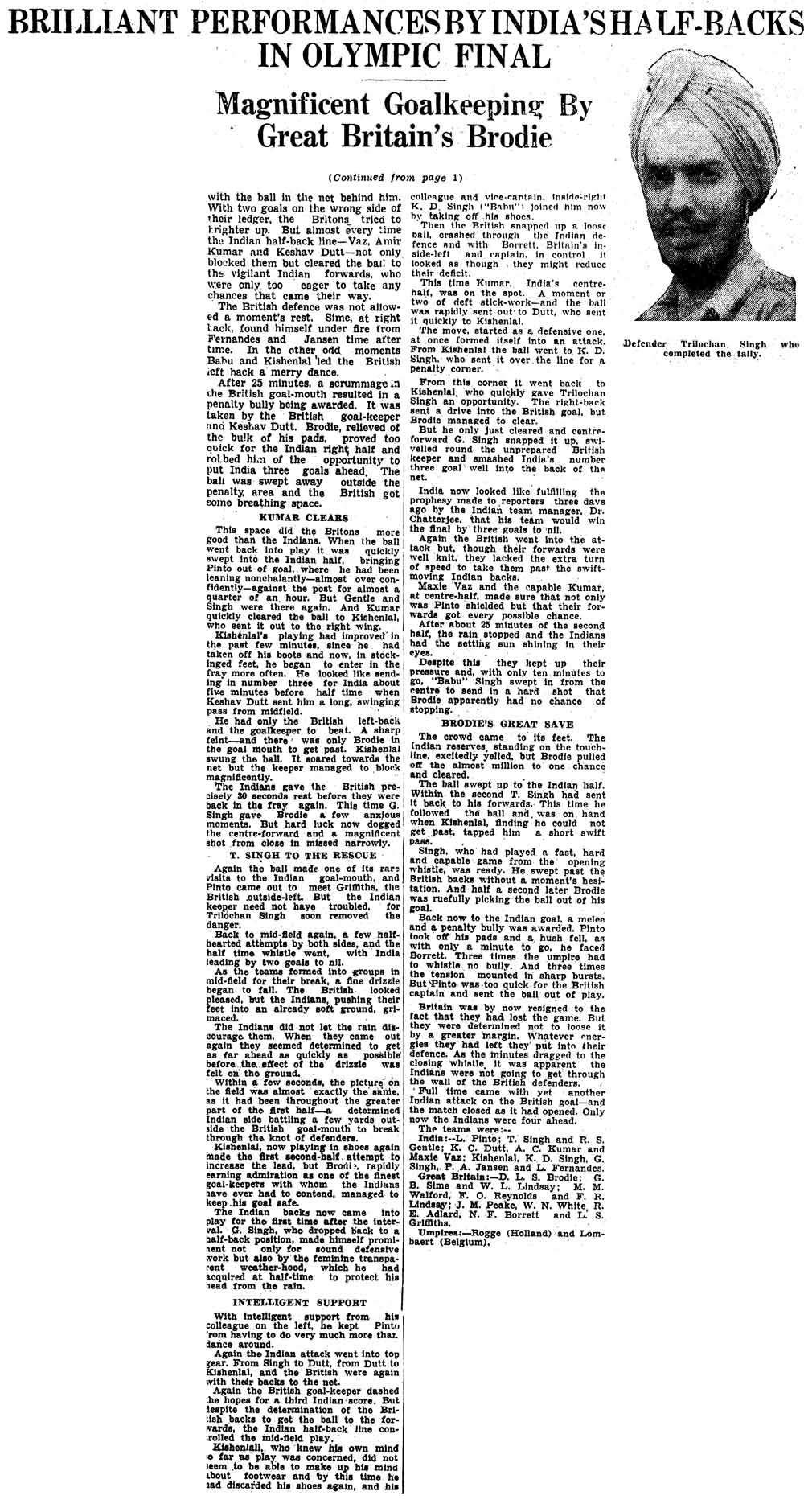