Home » Regulars » The Art of Kathakali

Once a thriving mode of story-telling, Kathakali, one of the most recognized dance forms from India has

been  reduced to a tourist gimmick that exists merely to adorn colourful tourist brochures. Most of us virtually know nothing of it except the extraordinary make-up and costumes worn by the dancers.

In spite of being the youngest of the classical forms and one of the most refined pantomime dance-dramas, it remains one of the many dying art forms in India with barely any patrons left to appreciate it, leave alone nurture it.

Although its basic components, like most other performing arts in India, can be traced back to the two-thousand year old Natya Shastra written by Bharat Muni; influences of a variety of other art forms from Kerala are evident in Kathakali. Many trace its origins to Ramanattam, librettos written down by Kottayath Thampuram, based on the life of Rama as described in the Ramayana. There are others who think it owes its roots to Krishnattam or Krishna’s dance which was performed as an offering to Lord Krishna within the confines of the Guruvayur Temple over a course of eight days. However, it was only in the late 16th and early 17th century that Kathakali emerged as a distinct genre of performance and was given its present name that literally translates into story-play (katha– story and kali comes from kala meaning art).

Patronised by the ruling high caste, royal lineages of the Nayyars and the highest ranking Namboodiri brahmins, Kathakali was continuously refined by its knowledgeable patrons. They understood the nuances of each poetic text and were able to appreciate and criticize each performer’s style and approach to performing particular roles. The original connoiseurs who were known as rasikas were people whose minds were so attuned that they were able to respond to every expression intuitively. Unfortunately, there are rarely any art-lovers who could even come close to being called rasikas today.

Like most traditional Indian modes of story-telling, Kathakali plays enact one or more episodes from regional versions of epics such as the Mahabharata, Ramayana and Puranas.  A vibrant array of epic and puranic players from kings, queens, demons and demonesses to gods and goddesses take to the stage in a typical performance. Bedecked with jewelry, elaborate full-face make-up and headgear, the dancers bring these cosmic plays to life. Modern day dancers have also adapted themes based on Christian legends and even Shakespearean plays. Another new change in Kathakali is the inclusion of women in what traditionally used to be an all-men ensemble.

Traditionally performed in accordance with the Thouryatrika tradition, it incorporates the four precepts of classical Indian theatre – Angika (physical expression), Satwika (facial expressions), Vachika (rhetoric aspects) and Aharya (art of costume and makeup). Using only a few stools as props and a make-shift canopy, three groups of performers (actors/dancers, percussionists and vocalists) collectively create a Kathakali performance. The three main percussion instruments are ‘Itaykka’, ‘Centa’ and ‘Maddalam’. Music plays a very important role creating variations of tones setting and corresponding to the mood of a particular scene.

A Kathakali artist meticulously applies make-up before a performance

There are seven basic make-up codes which are ‘Pacca’ (green), ‘Minukku’, ‘Teppu’, ‘Kari’ (black), ‘Tati’, ‘Payuppu’ (ripe) and ‘Katti’ (knife). A character with ‘Pacca’ make-up and brightly coral red coloured lips depicts gods, sages and noble characters like Shiva, Krishna, Rama and Arjuna. A ‘Minukku’ make-up using orange, saffron or yellow colour depicts virtuous and good female characters like Sita and Panchali. The colour code for women and monks is yellow. A divine or virtuous character is represented with a Vella Thadi make-up having a white beard. Special characters like Jatayu and Garuda are adorned with a ‘Teppu’ make-up, while ‘Kari’ (black) is the code for characters like hunters and forest inhabitants. Black is also used for representing demonesses and unreliable characters with distinctive red patches. Evil characters like Ravana bear the ‘Tati’ (red) make-up. Head gears and face masks help emphasize the face make-up which is prepared from colours extracted from vegetables and rice paste. It takes several hours to complete the entire get up of all the actor-dancers of a play thus bringing out the personality of each character. All the colours used are natural pigments and the red colour of the eyes is achieved by inserting tiny grains of rice underneath the dancers’ eyelids!

In its heyday, a typical Kathakali dance was performed unrehearsed for up to eight hours. Artists had to go through rigorous training under their gurus with very strict rules. Now however, the character of the training itself has undergone a drastic change. Dancers are barely paid a few thousands and performances are held according to the convenience of tourists. 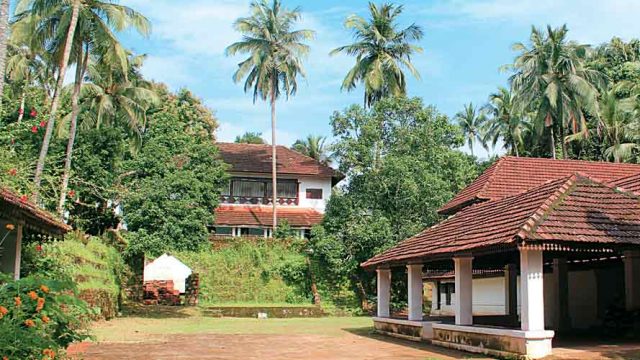