There are a couple of legends surrounding the origins of Yusmarg’s name. The more prosaic

one hints at ‘Yusmarg’ being a corruption of ‘Roosmarg’, or ‘meadow of the musk deer’. The more interesting one comes from a belief that Jesus Christ spent some of his ‘lost’ years in India, and passed through Yusmarg, earning it the name ‘Meadow of Jesus’. Given that Yusmarg’s an excellent base for treks, it’s a lot more fun to believe it was named after someone who’s said to have walked on water.

Yusmarg is certainly a good alternative to Kashmir’s more popular destinations, especially if you’re a hiker who’d rather spend time in the wilderness than in gardens. It’s a small little dwelling, not even a town, marked just by the JKTDC guest house complex set amidst a sprawling meadow, and manages to be ignored by most tourists. Which is just as well for those who want to immerse themselves in the legendary beauty of the Vale of Kashmir, a beauty best experienced in the treks across the Budgam woods to stunning meadows. Some of these are light walks; some are more demanding.

Huts of the Gujjar nomads

Yusmarg lies at the end of the road from Charar-e-Sharief, home to the dargah of Sheikh Noor-ud-din Wali. As you pass the ancient Sufi shrine, you find the air becoming cooler and the foliage turning a deep shade of green. The winding road leads by streams and small clearings set amidst the forests, till you come across some new tourist facilities being built by the Yusmarg Development Authority (YDA). Up next is a water reservoir, fenced off for security reasons, and then, a narrow, rutted path that passes by a small market on to the JKTDC tourist huts and car parking. All around are meadows, rolling hills and pine trees. A bridle path leads through the meadows towards Doodhganga, passing by the under-construction Yusmarg Club.

Doodhganga, barely 2 km to the west of Yusmarg, is a fast-flowing river named after the water that churns into froth when passing over rocks. This is an easy walk, but you can also hire a pony for ₹150. The clearing by the river is the perfect spot to picnic in, or relax in the meadows off the path. You’ll also see the huts of nomadic Gujjars on the slopes, and their horses running around.

You could fish in the Doodhganga. The fisheries department has an office here, close to the Yusmarg market, which hands out licenses (₹1,000 for a day’s fishing; you can catch up to 6 fish), but the office is often shut. Alternatively, pick up a license when passing through Srinagar (Department of Fisheries, Gogjibagh, Jawahar Nagar, Tel: 0194-2312046, 2313378; Web: jkfisheries.in).

The lush Yusmarg meadows below the Pir Panjal range

The Nil Nag Lake beside Gogji Pathri Village is another popular walk, a 4-km hike north from Yusmarg. You could take a guide along, but soon out of Yusmarg you’ll reach the lower village houses of Gogji Pathri, and can ask the way. Else, take the long way round and make a detour to Nil Nag from Nagam, ahead of Charar-e-Sharief. It’s a 49 km drive from Yusmarg via Charar-e-Sharief, Nagam, Shoukatpora, Dadompora and Nowhar to Gogji Pathri and Nil Nag. This detour is best taken on the way back to Srinagar. Do confirm the road’s in good shape before setting off. The Hajun meadow is close to the lake (1½ km).

You could also do a number of long treks from your base in Yusmarg. The beautiful Doodpathri meadow  with its JKTDC guest house is a 20-km trek to the west. It’s steep going through the forested lower slopes of the Pir Panjal, and a guide is essential.

The frozen valley of Sang-e-Safed around 40 km south west of Yusmarg is a two-day return hike and takes you past the unspoiled meadows at Diskhal and Liddermar (25 km). Fresnag, north of Liddermar is also a popular hiking destination.

Trisoru, 18 km to the south of Yusmarg, is another famous high-altitude meadow you can trek to. Other trekking destinations to the south and south west of Yusmarg include Burga (15 km), and en route, Drugdolen (7 km).

J&K Tourism in Srinagar issues passes to tourists for trekking. This is not mandatory but helps in smooth passage in case of security checks. The trekking equipment shop at the TRC offers all equipment, tents, etc on hire at very nominal, approved rates. Local guides are also available here.

This town, 18 km back up the road from Yusmarg to Srinagar, is home to one of the holiest shrines of Sufi Islam, the dargah of Sheikh Noor-ud-din Noorani, or more popularly Sheikh Noor-ud-din Wali. Also known as Alamdar-e-Kashmir (standard-bearer of Kashmir), Sheikh-ul-Alam and Nand Rishi, Sheikh Noor-uddin Wali was a renowned early 15th century Sufi mystic who has come to symbolise Kashmiriyat, the syncretic blend of culture so beloved of this region. Revered equally by Muslims and Hindus, the Sheikh was known not just for the austere life he led, but for his efforts against superstition, religious intolerance and social injustice. His poetry, as found in works like Rishi Nama and Noor Nama, speaks of a man far ahead of his time and could be considered progressive even by the standards of today.

In 1995, the dargah was the site of a protracted gun battle between the Army and insurgents. The shrine and much of the town were almost destroyed in the resulting conflagration, but have since been rebuilt. As you come in to the town, you’ll see the spire of the rebuilt shrine towering above you. The square in front of the dargah is heavily guarded. The main entrance to the shrine is reserved for men; women have a separate entrance by the side of the building. Walk in and you’ll immediately be struck by the sense of calm that seems to pervade the dargah. The wood-panelled and carpeted interiors manage to stay cool even on the hottest day. Sit down a while to soak in the atmosphere. Try and time your visit for Thursday evenings, when the Sufi musicians are singing.

The JKTDC Hutment Complex (Mob: 09797927055; Tariff: ₹1,500-7,000) at the end of the road to Yusmarg is the only stay option here and includes several accommodation units scattered across a large meadow. The rooms are spacious and there’s plenty of space to loll around on the grass, right next to your room. Yusmarg, being rather close to Srinagar, is a popular day trip and most visitors don’t stay the night. Unfortunately, many of the picnickers hold a rather cavalier attitude towards disposing of their trash; by evening, there’s rubbish strewn across the grounds of the JKTDC property.

The restaurant at JKTDC serves basic meals. Expect paranthas and omelettes for breakfast and rotis, chicken curry and paneer otherwise. There are a few small restaurants at Yusmarg which serve simple meals of meat curry and dal, along with tea, coffee and light snacks like Maggi. There’s also a ‘pure veg’ restaurant here. There are also many small dhabas and restaurants in Charar-e-Sharief.

When to go April to September

Location In Budgam District, facing the Pir Panjal massifs on the north side

Rail Nearest railhead: Jammu Tawi (293 km/ 8 hrs). Taxis don’t go directly to Yusmarg from Jammu, but a taxi to Srinagar costs ₹4,500; shared taxi is ₹600 per seat. A JKSRTC deluxe bus from Jammu to Srinagar is ₹500 per head

Road Yusmarg is a short hour’s drive south of Srinagar via Chadoora and Charar-e-Sharief. A taxi from the TRC Srinagar (46 km/1 hour) charges approx ₹1,600. Local buses from Srinagar (₹80) operate in the morning and evening. Shared Sumos charge ₹200 per person 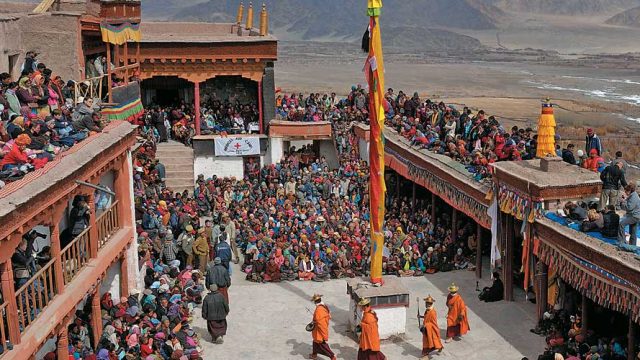 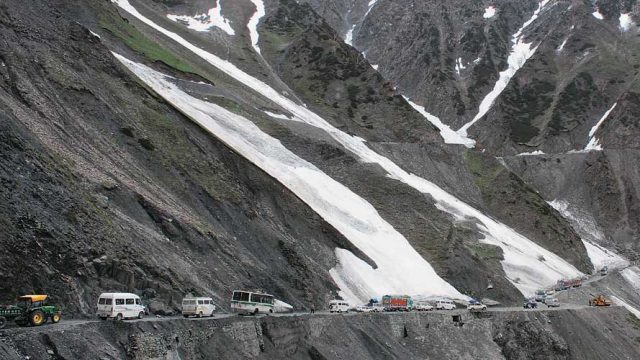 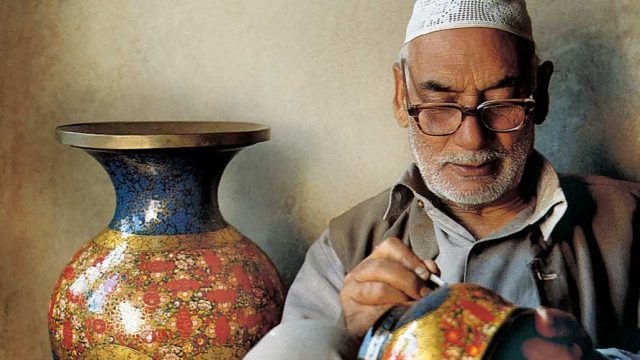 The legendary crafts and produce of the Vale of Kashmir