Udaipur, Tripura’s historic capital, is situated on the banks of the Gomati river. About 53km

from Agartala, this small town can be easily accessed via road from the capital city.

Referred to as the ‘Lake City’, the town serves as the headquarters of the Gomati District. Udaipur was the capital of the Manikya kings, till Maharaja Krishna Chandra Manikya Bahadur moved the capital to Agartala.

Formerly known as Rangamati, Udaipur is dotted with many beautiful lakes and ancient temples. The Tripura Sundari Temple is the holiest shrine for the people of this state, while some of the popular lakes, which are frequented by tourists, include Kalyan Sagar, Mahadeb Dighi, Jagannath Dighi, Amar Sagar and Dhani Sagar.

The city is located at an elevation of 790m, with the Gomati river flowing through its middle. One can visit the tourist spots located within the city by autorickshaws, while taxis and buses are easily available for travelling to sites on the outskirts

Also known as Matabari (Mother Goddess), the Tirupati Sundari Temple is amongst the most revered shrines in India, on account of being one of the 51 Shaktipeethas of the Hindu religion. Constructed by Maharaja Dhanya Manikya Debbarma in 1501, the temple is dedicated to Goddess Kali, who is worshipped here in the form of Soroshi.

On the eastern side of the temple lies the vast Kalyan Sagar Lake, which is home to tortoises. Devotees offer prayers to the tortoises and feed them puffed rice and biscuits. The temple is, hence, also referred to as Koorma Peeth, koorma meaning tortoise.

A fair, organised at this temple every year during Diwali, attracts over two lakh devotees.

Situated on the northern banks of the Gomati river, adjacent to the ruins of the 17th-century Old Palace, this temple has been immortalised in two of Rabindranath Tagore’s plays, namely, Rajarshi and Bisharjan. Built between 1667 and 1676 by Maharaja Gobinda Manikya, it is a rare example of temple architecture. Perched on a 3-ft-high elevated platform, it has stupas adorned with floral motifs.

The famous Bhuvaneswari Temple on the banks of River Gomati

Barely 5km away from Udaipur, on the Udaipur-Agartala Road lies the beautiful Tepania Eco Park. The highlight of the park is a beautiful orchidarium, which has over 200 spe-cies of orchids, and a Cactus House, which has nearly 200 kinds of cacti. The park is a hotspot for picnickers. One can also enjoy an overnight halt in the treehouse inside the park.

After reaching Rangamati, a scenic boat ride takes you to Devtamura, a hill range between Udaipur and Amarpur. Literally meaning the ‘peak of gods’, Devtamura is covered with thick jungles. While walking around, one will come across rock-cut sculptures dating back to the 15th and 16th centuries CE. Sculptures of Lord Shiva, Vishnu, Kartikeya and Goddess Durga stand beautifully amidst lush vegetation, along the banks of River Gomati.

There are 37 rock-cut images on the hill. What leaves you amazed is the dexterity with which the artists carved these sculptures on the rocky surface of the Devtamura hills. The purpose of these carvings are unknown. This place is also known as the Chabimura. The Chabimura Festival is celebrated annually in mid- January, and occurs at a particular spot on the hilltop, from where a waterfall emerges. The tribals bathe in the river during this festival. One can also stay the night at hotels located on the hills.

The fascinating archaeological site of Pilak lies in Belonia sub-division and is 100km south of Agartala. One can take a bus to Julaibari in Belonia, and then an autorickshaw for the remaining 5-km stretch.

Spread over an area of 3sq km, Pilak is home to a treasure trove of Hindu and Buddhist sculptures, dating from the 8th to 12th centuries CE. The site is also a testimony to the peaceful coexistence of the two religions, with images and engravings representing Hindu gods – Shiva, Surya, Baishnabi – as well as Buddhist deities from the Hinayana, Mahayana and Vajrayana sects.

There are two massive sculptures of Avalokiteshwara and Narasimha as well. In addition, there are many rock-cut images, stone and terracotta plaques on the site. The Archaeological Survey of India (ASI) continues to carry out excavations at Pilak to uncover more such hidden historical treasures. There is a small cafeteria on the site that provides refreshments.

Ancient sculptures at the archaeological site of Pilak

A beautiful drive from Udaipur takes you to Manu Bankul village, in the Sabroom subdivision of south Tripura, which is home to the Buddhist shrine of Mahamuni. This ancient structure showcases striking religious architecture complete with Buddhist motifs. The temple draws thousands of devotees from India, Thailand, Myanmar, Sri Lanka and Bangladesh all year round.

At the confluence of the Raima and Saima rivers in Amarpur subdivision, lies the biggest lake of Tripura, the Dumboor Lake. A little over an hour’s drive gets you to this charming water body which is spread over 41sq km. Shaped like a dumboor (Lord Shiva’s drum), the lake is situated amidst picturesque hills and makes for a perfect day out for all tourists. The enchanting 48 islets on the lake are emerald green in colour. A boat ride is highly recommended.

The site is also home to numerous birds. There is also a hydel project near the lake where the Gomati river originates. The point of the river’s origin is known as ‘Tirthamukh’ where the famous ‘Poush Sankranti Mela’ is held every year in January.

You can take taxis or buses to reach the lake, both of which are easily available. You can hire a car as well. The nearest railway station is at Kumarghat.

The Raima Tourist Lodge at Jatanbari is a good option. Vangmun Village nearby has an Eden Tourist Lodge (Tariff:₹805, dorm ₹490; W tripuratourism.gov.in) with 42 rooms and three dorms. Don’t expect anything fancy in terms of services and facilities here.

Located in the Belonia subdivision of South Tripura District is the Trishna Wildlife Sanctuary. It covers an area of 195sq km.

There are several perennial rivulets and grasslands in the sanctuary. One species of bamboo locally known as Kaillai is found in abundance here and is a favourite of the bisons.

The Eco Park (Tariff: ₹350) in the Radha Kishore Reserve Forest offers each room with an attached bathroom and TV in three treehouses. Meals are arranged by the Hazagiri Food Resta-urant. The Hazagiri Food Court also has rooms on offer. Alternately there’s the Paratia Forest Rest House (Cell: 09436134206; Tariff ₹350), just 5km from the Trishna WLS, which has three rooms and has a cook for meals on request. Reservations can be made via the SDFO at the WLS.

Location In the Gomati District of Tripura

When to Go October–March

Rail Nearest railway station is at Kumarghat, 160km from Agartala. It is connected to Lumding & Guwahati 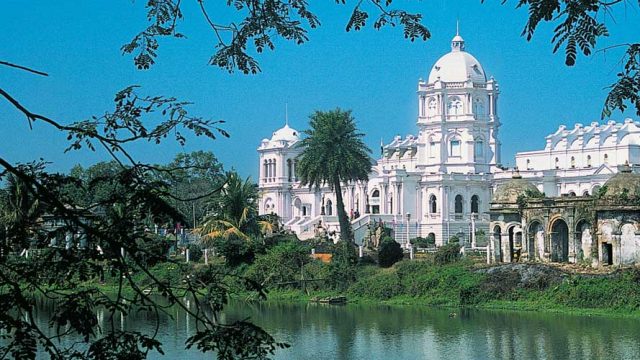 A Quick Guide to Tripura

From exploring the rock-cut sculptures of Unakoti to admiring the stunning architecture of the Ujjayanta Palace in Agartala, there is a lot you can do in this northeastern state 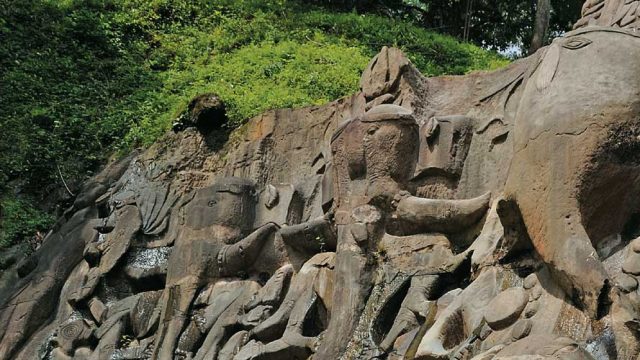 Unakoti: A Wonder in the Forest

A fantastic and mysterious collection of sculptures beckon in Tripura 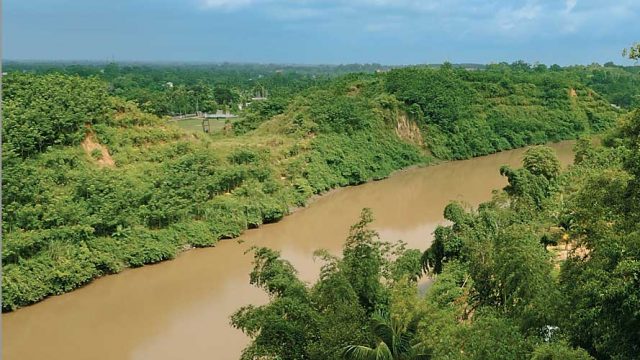 Agartala’s charms are subtle and captivating