Home » OT Getaways » Kohima: In the Garden of Kewhi

The capital of Nagaland, Kohima, was built alongside the Angami village of the same name

by the British who arrived here in the 19th century. In the Angami language, Kewhima translates to “the land where the flower Kewhi grows”. Anglicized to Kohima by the British, the district of Kohima and the town that now serves as the capital of the state of Nagaland is a picture-perfect hill station, with serpentine roads across a series of ridges and hilltops.

Though the town is usually a relaxing stopover for the many trekkers that head to the south, and a tourist attraction for people from all over the world who come here to enjoy the Hornbill Festival, its historical importance means that there’s still a lot to see and do here.

The early morning sun lights up an old walking route

Kohima is spread over many hills and ridges, and is navigable solely by car or motorcycle. Large public transport is unheard of, and trudging up and down the town won’t get you very far if you’ve got limited sightseeing time. Hire a cab for the day to make the most of it.

Kohima has everything going for it – from lovely weather and views to charming, friendly locals. You can easily spend a few days exploring the city. The traffic can get quite crazy though, so be prepared to be held up at various points. It’s also worth remembering that Sunday is truly a holiday here – everything except hotels and eateries is closed.

A garden of space and serenity in the middle of the urban sprawl and traffic jams that have come to define busy Kohima (especially during tourist season), the War Cemetery has become as much a place of respite as a historical outing. This immaculate and well-maintained space contains the gravestones of nearly 1,500 Indian, British and Commonweath soldiers who died during the brief three-month Battle of Kohima, which is said to have taken the lives of over 10,000 soldiers. A memorial to the 2nd Division near the entrance bears the famous inscription:

When you go home

Tell them of us and say,

We gave our today.

The cemetery is located at the junction of the two roads that lead to Dimapur and Imphal respectively.

Located on Bayavu Hill, approximately 2km away from the main town, the state museum is a well-laid-out microcosm of the culture and history of Nagaland.

Exhibits include tribal artefacts, jewellery, dioramas of women and men from the different Naga tribes, miniature depictions of the different houses and traditional huts across Nagaland, weapons, tools, and various household goods. The museum also includes a display of human skulls from the days of headhunting. Especially well-documented articles presented here are the ornaments and fabrics of different tribes, exhibited on the ground floor of the museum, a display that was developed by the Indian Museum, Kolkata.

The museum though small is a simple yet wonderful representation of the richness and variety of cultures that comprise Nagaland. Now somewhat overshadowed by similar displays in Kisama Heritage Village, it’s still worth a stop if you have an extra day in Kohima.

The red-roofed Catholic Cathedral on Aradura Hill is perhaps the most prominent landmark in Kohima. The structurally interesting building houses what is said to be the largest cathedral in the Northeast. The interior is cavernous, with enough seating space for all 1,500 of its parishioners. Stop by for mass here if you are so inclined, and you will feel very much at peace.

Kohima has quite a few good options, but keep in mind that December can be impossibly busy and expensive, so book your dates as early as possible.

Every year the number of restaurants and eateries in Kohima seem to double. Apart from the pedestrian-only Night Market set up during the Hornbill Festival, there is a wealth of culinary options. The Classic Aradura’s restaurant serves lovely north Indian and Chinese food, with some Naga specialties. Good local food options include Chungtsuong at Razhu Point, The Hut opposite the post office. Cafes include the lovely Brewberry Café on High School Road, and Café Caffeine above Jasokie Place in the main town.

With the Dhansiri river on one side and woody meadows and hills on the other, Dimapur used to be more than the transport connection to the Northeast it is considered now. It was the capital of the Kachari kingdom until the 13th century. On the riverside of town are the dilapidated but impressive Kachari ruins, which are interpreted as everything from fertility symbols to pawns on a giant chess board. Whatever their original purpose, today they lie in a sadly ignored state, merely hinting at a more prosperous past for these parts.

Dimapur’s prime importance is being Nagaland’s sole railhead and airport, connecting the state to the rest of the northeast and the country.

Khonoma is the historic Angami village where the Angami warriors stood against the British for the final time in 1879. This is a beautiful area, with awe-inspiring rice field terraces, fields that are irrigated by a complex system of water pipes made from bamboo. There are several simple but lovely homestays in Khonoma. You can rent a car from Kohima for the day out to Kisama and Khonoma as well, for approximately ₹1,500.

Behind the village of Khonoma is the scenic Dzukou Valley, part of the Khonoma Nature Conservation and Tragopan Sanctuary. Known as one of the charming valleys of Nagaland, the valley is a visual treat of emerald green hills, lush forests, serpentine streams that freeze in winter, and myriad colourful blooms that dot the vast caldera of the valley and its meadows.

Dzukou is also the best-known trekking area in Nagaland. The topography indicates that the valley is the bottom of a large caldera of a long-extinct volcano, and you can look down upon it from the rim.

Members of a Naga tribe

Above the valley is a huge mountain hut (more a shed). Behind the hut there is a small pocket of remnant oak and rhododendron forests, with the occasional Magnolia campbellii. Beyond this are some small, steep hills that tempt one to climb for a better view. Halfway up, any signs of tracks that there may have been earlier now disappear and one is left fighting endless bamboo thickets all along.

The only other thing to do is to descend by an easy route 150m into the caldera, which is so big and open that it appears like a high-altitude mountain valley. It is very green, with extensive areas of bog and water plants and paths lined with primulas. In the monsoons, flowering meadows and locally abundant pink lilies welcome visitors, however, this is not the best time to trek because the trail could get slippery.

The trails are fairly steep in some places, so this isn’t for the faint-hearted. However, this is a marvellous place for young people travelling independently to gain some trekking experience in the midst of pristine unspoilt wilderness.

The Hornbill Festival had its modest beginning in the year 2000, when the state government took on an ambitious project to promote Naga culture and timed this festival to coincide with the celebration of Nagaland’s Statehood Day on 1 December. Today, Nagaland’s biggest annual festival, Hornbill lasts 10 days and is celebrated at Kisama Heritage Village, with all 16 of its tribes converging for many days of dancing, sporting and putting their most traditional faces forward, much of it in full warrior or traditional costume. Easily the most popular and crowd-drawing festival of the Northeast, Hornbill has lost a bit of its charm since its modest beginnings, but despite the throngs of foreign and Indian visitors, the few tourist gimmicks, and the ear-splitting Hornbill International Rock Contest, the festival is an occasion for the state’s tribes to come together and celebrate the diversity that is often forgotten.

A prominent sight at Kisama, the site of the Hornbill Festival, is the imposing tribal Morungs or traditional youth dormitories of each tribe. Each community is represented by their respective morung and each is unique in style, construction and utility. The morung was an essential part of traditional Naga life and culture, where the elders would pass on the customs and traditions to the next generation through folktales, music, dance and oral narratives. The morung is said to be a symbol of pride and embellished with trophies and woodcarvings.

The main focal point of the festival is the amphitheatre, where women and men from across the state dress up in their tribe’s traditional clothing and perform folk dances and rituals, play indigenous games that form part of the particular tribe’s traditions, and often enact war chants from the yesteryear. Spread over ten mornings and afternoons, the festival is best enjoyed if you can stop by for at least three–four days, so you have a chance to see several performances.

In addition to the shows, there are indigenous sport competitions, lots of music both at Kisama and back in Kohima, and, these days, newer and somewhat incongruent additions such as fashion shows, a literature festival and charity balls. Walk around and visit the morungs where there will be local Naga dishes on offer, traditional headgear and clothes to pose in and possibly buy, and lovely warm Naga hosts who will be thrilled at the opportunity to talk to you about their tribe, their region and history. The best way to enjoy Hornbill, may we recommend, is to absorb yourself in the unique stories of this unique state.

Location At 4,904ft, close to the border with Myanmar

Rail Dimapur is well connected to Guwahati, Kolkata and Delhi

Road From Guwahati take NH37 till Nagaon via Jorabat. At Nagaon turn right and take NH36 to Dimapur and then NH39 to Kohima Bus Daily over­night bus service from ISBT to Kohima 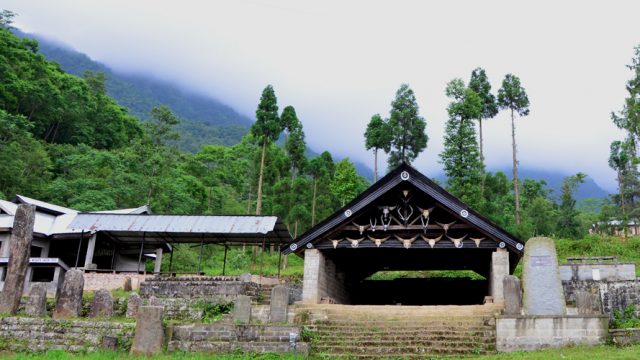 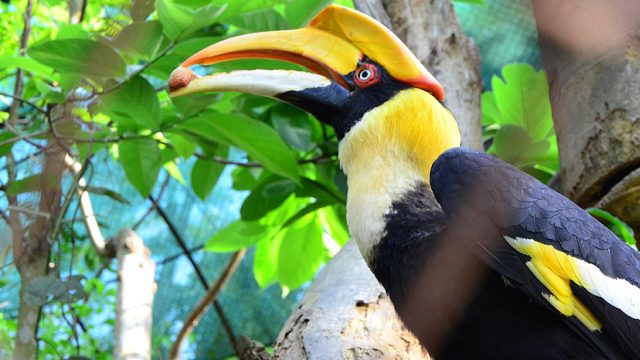