Driving from Kolkata to Maheshgunj, I measure the time in the nostalgia of idyllic days filled with

blue skies and high piled clouds, white feather fronds growing in the fields now greener than ever with the monsoon rains. Maheshganj’s reputation, though, rests on the exploits of the owners of the 200-year-old Palladian mansion, Balakhana, a neelkothi as the bungalow was called. It housed the 18th-century indigo planters with more comforts than Europe could ever provide.

In the heyday of the villa, Maheshganj village boasted an airstrip where Kitty Hawks would come zipping out of the sky carrying freedom fighters—Netaji was in fact ferried to an urgent meeting in the area. Today the hamlet lies on the high road to places like Mayapur and Krishnanagar, and Balakhana acts as a tranquil weekend refuge from the bustle of the same places. This is a sanctuary where one can pop in and out with boat rides on the Jalangi at sunrise for an added flow to the experience.

It all seems very rustic until you come to the red pillars that mark the Balakhana entrance. The house isn’t visible from the road or the gate. It rises up out of the foliage as you progress down the drive. Balakhana is a villa embellished with turrets and storeys. The terracotta-coloured pediment above the white pillars conceals in the shade of green chiks hanging from it 12,000sq ft of living space, with a verandah that stretches along the front of the house.

A Frenchman was responsible for building Balakhana in the 18th century. After the indigo trade faded away, it was bought by an enterprising Englishman named Henry Nesbitt Savi. He then sold it in 1875 to the family that still owns it, the Palchoudhuris.

The estate reached glory of a more flamboyant kind under Biprodas Palchoudhuri, the first owner, and his son Ranojit. Ranojit —the pilot of the Kitty Hawk—was also a hunter and was often called in to deal with marauding crocodiles in the Sunderbans. The heads and claws of some of his trophies decorate the walls of the snooker room. Satyajit Ray shot the wedding scenes of Apur Sansar in the old compound of the estate while, the crew of the film occupied the house or notun bari as it was then called.

In more practical times, the family decided to reinvent the house as a heritage homestay, opening up an almost forgotten way of life to travellers while preserving apart of Bengal’s architectural history.

The long verandah with views of the lush gardens

Inside, every inch of Balakhana evokes bygone grandeur. The rooms have the old high ceilings of bungalows designed to trap every bit of cool air with marble flooring—a must in those days without air-conditioning. Beautifully polished mahogany furniture is everywhere. Savi’s high four-poster bed still graces the bedroom—it requires a climb of four steps to reach the mattress. Guests are fed fruits, vegetables and milk farmed from the estate, and there is always a family member at hand to deal with any dietary preferences that may come up. However, the order of the day is traditional Bengali fare culled from old cookbooks along with a tried and tested cottage cheese recipe that dates back to Savi’s’ time.

Balakhana’s long verandah offers restful views of the sprawling gardens from its antique recliners and planter’s chairs. You can rest a glass of bel sherbet on the marble-topped table and birdwatch comfortably with an informative book to refer to. Or look out at the stars in the evening. Take a walk through the gardens where you might find a solitary indigo plant as homage to the history of Balakhana. For more sophisticated entertainment, if you’re feeling like getting into the zamindari mode, you can try your hand at cue sports in the snooker room—the table was made by Calcutta’s C. Lazarus and Company, legendary for their exquisite period furniture. Balakhana is a return to those long-ago days where the rhythm of the rain or the flight of a rare butterfly can be the perfect antidote to a busy life in the city.

Heritage Holidays in India: Shimla, Memories of an Empire 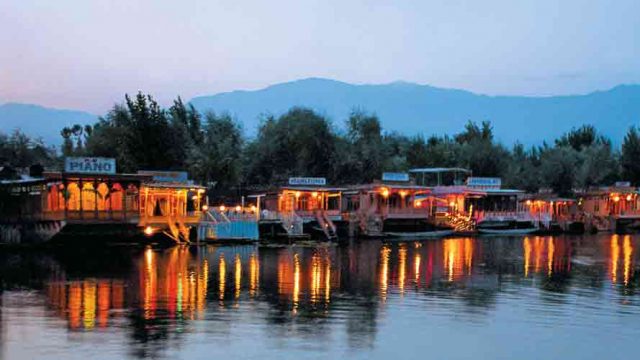