Home » Destinations » Hot Lists » Why you should visit Dubai in 2018

Dubai is always at the centre of something new. When you make your travel plans for

this year, don’t forget to include the city to your travel list. With fine-dining options, desert adventures and of course, shopping, Dubai has something for every kind of traveller. In 2018, the city is planning to introduce new attractions to the world which would set the city apart from any other. Also, with their newly-launched safari park and zipline facilities, the destination will attract animal and adventure lovers equally.

Heading to Dubai from India is very easy with direct flights from almost every major city.

The 119 hectare wildlife park with over 2500 animals opened its doors to the public in early December 2017. Open daily from 9am to 5 pm, the massive attraction is like a traditional African safari. Transport yourself mentally to Africa at the African Village where one can see reptiles and amphibians from the continent. Spend sometime at the Safari Village which is the main attraction. You can go the middle of the animals’ homes to take a closer sneak peak!

Zipline for the thrill-seekers!

If adventure sports is your dream, a visit to the longest urban zipline in the world should be on your bucket list. Set in Dubai Marina, it is the steepest and fastest zipline around the world with an incline of 16 degrees and an average speed of 80km/h. There are two ziplines running adjacent and are priced at AED 650 per person or AED 1200 for two.

Have you seen that frame!

The latest architectural landmark in the city is at Zabeel Park and is what is called the ‘biggest picture frame in the world’. The frame is 150 metres high and 93 metres wide. The two towers are connected by a bridge which has a glass panel in the middle to offer patrons a 360 degree view. Envisioned by architect Fernando Donis, the Frame has a museum on the ground floor which traces the history of the city.

The Mohammed Bin Rashid Library in the shape of a book

The Mohammed Bin Rashid Library is set to be complete by this year and will be in the shape of an open book. It will span 66,000 square metres and will be the biggest library in the United Arab Emirates. The library will house over 4.5 million audio, print and electronic titles.

The Opus by Zaha Hadid

The late-architect’s only project in Dubai

It is the great late architect’s first and only structure in the city. Hadid’s hollowed-out project will open later in the month and house the first ME by Melia hotel in the Middle East. It’s the only project the late architect designed personally, inside and out. The hotel will be on 19 lower floors while the upper floors will be residences and office spaces. The exterior will have a LED display, lit up at night. 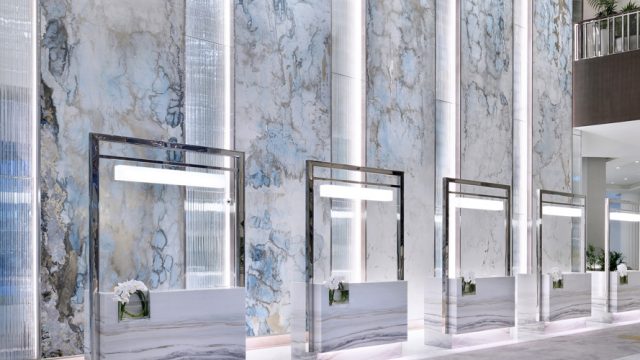 Ever wondered what high-end hotel services coupled with a stellar location would feel like? Address Downtown in Dubai is all set to give you a taste of great hospitality and luxury 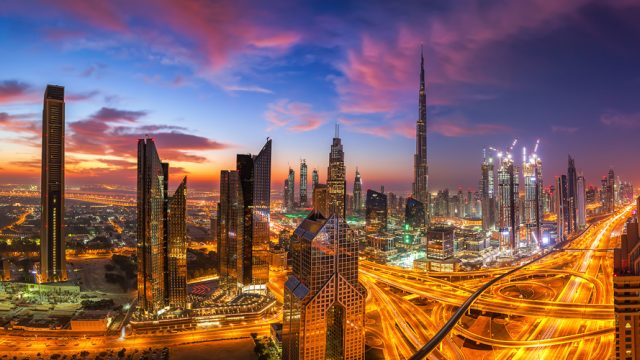 An Insider’s Guide to Discovering The Hidden Gems Of Dubai

From little-known beaches to traditional souks, Insta-worthy neighbourhoods to delicious food; follow these recommendations to enjoy an insider’s Dubai experience