The Kanyakumari Amman Temple, located in the southern side of Kanyakumari town, was built in the 8th

century CE. The idol of Goddess Parvati stands holding prayer beads, with a dazzling diamond on her nose. There are lots of stories about the diamond, that it shone so brightly that it was mistaken for a lighthouse, that pirates once stole it and it ended up in Europe as the Orloff diamond, the present one being a replacement.

The philosopher Vivekananda swam out to the rocks off Kanyakumari —where the Indian Ocean, the Bay of Bengal and the Arabian Sea meet — and contemplated on the teachings of Ramakrishna Paramahamsa. The Vivekananda Rock Memorial here is now dwarfed by a 133-foot-tall statue of Saint Thiruvalluvar, the Tamil poet who wrote on virtue, wealth and love. You can take ferry rides (₹20) to all these places or view them from the shore.

The front facade of the Padmanabhapuram Palace

The Padmanabhapuram Palace Complex is in Thuckalay Junction, southeast of Thiruvananthapuram. The Kalkulam Palace, built in the latter half of the 16th century, was rebuilt and renamed as Padmanabhapuram Palace by Marthanda Varma. The tour of the complex of 14 palaces, spread over 61/2 acres, starts with the poomukham (entrance hall), which has carved flowers on the ceiling and a granite cot. The Thaikottaram or Mother Palace is the oldest building in the complex. Its most splendid feature is the puja room, with a glowing red oxide floor and a pillar carved from a single jackfruit tree.

The 10th-century tower, called the Uppirikka Malika, contains the royal treasury on the ground floor, the king’s private rooms on the first and second floor and the prayer room on the top floor. The cot, on the first floor, made of 64 pieces of medicinal wood, was apparently gifted by the Dutch to Marthanda Varma. The queen’s chamber is remarkable for its twin swings —hung not with chains but with iron forged to resemble coir ropes.

The Ambari Mukhappu or bay window is an elegant feature of the long corridor, from where the king watched religious processions and marching troops. The tall windows and doors of the more European 18th-century Indravilasam Palace reflect its purpose, which was to accommodate foreign guests. The various floors of the palace are truly remarkable, the glossiest finish being seen in the kannadithara or mirror floor of the Navaratri Mandapam.

Visitors must remove their footwear and be accompanied by a guide

The Sthanumalaya Temple in Suchindram (31 km south-east of Padmanabhapuram complex, on the way to Kanyakumari), built some time between the 7th and 8th centuries CE, is surrounded by quiet agraharams and a simple tank. The main idols here are Shiva and Vishnu in an impressive inner sanctum, and Brahma represented by proxy as Moodu or the Great Ganapati. Built in the Dravidian style, the temple was renovated and embellished by several rulers. The result is a baffling array of 30 shrines, hundreds of sculptures and musical pillars. 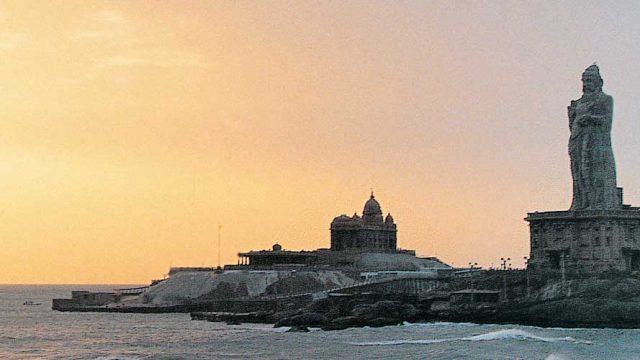 A Quick Guide to Kanyakumari

Explore the land of three seas 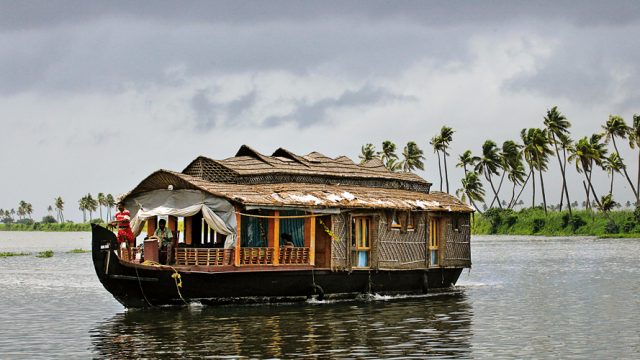