Johannesburg is the city of gold. When it was created out of thin air in the late

19th century, it was little more than a mining camp. Cut to a century and a half later, Johannesburg is a pumping, throbbing metropolis, the commercial capital of South Africa, seven million people strong and undoubtedly the cultural heart of the country. Yes, there is more to Joburg (as it is affectionately abbreviated) than cricket, and even if that’s the reason that takes you there this summer, don’t let that prevent you from exploring its non-sporting delights.

Johannesburg is green — very green. A favourite local story is that when viewed from a satellite, Johannesburg resembles a rainforest. This may or may not be true, but equally interesting is that Soweto — like many other ‘townships’ (areas that used to be blacks-only by law, now mainly black by habit, and always outside the city’s traditional perimeter) — has very few trees, and if it could be viewed from a satellite, would look like a desert. This is the central fact about Johannesburg and every other bit of the blessed and beautiful country of South Africa: inequality abounds. For every boulevard that could fit right into Paris, for every mansion that wouldn’t look out of place in Beverly Hills, there is also a squatter camp so desperate it belongs in a war zone.

Get your bearings
Johannesburg has been often compared to Los Angeles, but the only way in which it is really comparable to that city is in the lack of public transport. Mini-buses (taxis) ply the working class around town, and are by far the cheapest and most convenient form of transport to take. Unfortunately, middle-class Joburgers do not use public taxis, and tourists almost never do. Private taxis (Maxi Taxi Cabs, 648-1212; www.maxitaxi.co.za) are available on call only, and are incredibly expensive. The thing to do therefore is to rent a car (rates from R220/day; try Tempest Car Hire, 394-8626, www.tempestcarhire.co.za or Tony’s Car Hire, 975-8081, www.sacarhire.co.za).

Driving in Joburg is a pleasure. The highways and roads are superbly maintained and often of a higher standard than anywhere even in the West. Directions are marked clearly and, since South Africa is a driving nation, all the conveniences afforded to drivers are in place at frequent intervals — rest stops, ATMs, restaurants and petrol stations.

The Apartheid Museum records grim history
Johannesburg has a singular history, and anyone who read a newspaper in the 1970s and 1980s will know that South Africa emerged from under the blanket of apartheid in as late as 1994. Several excellent museums commemorate the period now known as the ‘struggle’ — and the place to the begin is  the Apartheid Museum  (entry R30, 10am-5pm, closed Mon; 309-4700, www.apartheidmuseum.org), located in a complex that houses multiple entertainments, including a casino. Museum Africa (entry free; 9am-5pm, Tue-Sun), in Newtown, is a smaller, more intimate space that also tells the apartheid story. In Soweto, home of some of the most significant and effective anti-apartheid resistance, the Hector Pieterson Museum (entry R15; 536-0611, 10am-5pm, Mon-Sat, 10am-4pm, Sun) commemorates the people who died in the student uprising of June 16, 1976. The museum is named for Hector Pieterson, a 12-year-old boy who was the first person shot dead by police on that day, and is located near a memorial to his death. Nearby, also in Soweto, are two homes that are not exactly museums but could well be — the homes of Desmond Tutu and Nelson Mandela, Nobel peace prize winners both, whose former homes are located at different points on Vilakazi Street. Of course, South Africa is aeons older than apartheid and nowhere is this clearer than at the Cradle of Humankind (9am-4pm; entry to Sterkfontein Cave, R35; to Maropeng R65) — a few minutes outside Joburg — a museum, a live archaeology site and vast complex that has been built in the vicinity of where evidence of some of the earliest human habitation was found.

Ethnic art at the Johannesburg Art Gallery
One thing that South Africans did extremely well under apartheid and after is produce brilliant art. The best place to begin one’s Joburg art journey is at JAG, the Johannesburg Art Gallery (725-3130; 10am-5pm, Tue-Sun), located in a sprawling heritage building in the heart of the inner city. JAG is for the old masters and some new ones too; and the Goodman Gallery (9.30am-5.30pm, Tue-Fri, 9.30am-4pm, Sat, closed Sun, Mon; 788-1113, www.goodman-gallery.com) and David Krut Projects (9am-5pm, Mon-Fri, 9am-4pm Sat; 880-4242, www.davidkrutpublishing.com) in Rosebank, on Jan Smuts Avenue, are the places for cutting-edge (and extremely pricey) contemporary South African art.

Nightlife
Johannesburg — indeed all of South Africa — swings to the beat of an infectious form of music called Kwaito. Emanating from the townships, Kwaito is now a national obsession across all races. Nightlife in Joburg is rich and varied, and there’s something for everyone. In general, the areas of Newtown, Rosebank, Melville and Sandton are known for their nightlife. Newtown, in the middle of the city, attracts a young, edgy crowd. Rosebank tends to attract the well-heeled and the young rich, Melville is somewhat bohemian, and Sandton is just plain rich.

Township Life
When in Joburg, do as Joburgers do. More than half the city’s population lives in one or other of the townships — the notorious racially segregated residential areas for non-white people. Even 25 years after democracy, the races still tend to cling to each other, at least as far as townships go. You can take your pick from as many non-white race groups as you like: Soweto, Alexandra, Thembisa (black); Lenasia (Indian) and Eldorado Park (Coloured). Alexandra is called Alex for short; Lenasia is mysteriously abbreviated to Lenz; and Eldorado Park is simply referred to as Eldo’s. Every one of these townships is worth seeing, especially with a friend or guide who happens to be from the area. Worth noting is the vast difference in incomes on display; the BMWs and Mercedes-Benzes and houses with swimming pools, to the open-air temporary slum housing — all within earshot of each other, in the same township.

Shopping
South African handicrafts are wondrous and varied and absolutely unique. A hallmark of contemporary crafts is the reuse of household items such as empty soda cans and tin wire. These are then turned into exquisitely colourful objects of function and beauty. South African crafts of the more traditional kind — skins, wall hangings, wooden objects — are also worth looking into. A number of different craftsmen assemble to sell their wares at the Sunday crafts market at Rosebank. Often, tradesmen sell their wares on the street in parts of Melville and Parkhurst. Art Africa, in Parktown North, meticulously updates its wide and eclectic collection, and Kim Sacks’ Gallery on Jan Smuts keeps a more upmarket range of South African crafts.

The ‘New’ South Africa
Johannesburg is the jewel in South Africa’s crown — it is the Bombay, the New York, of South and even Southern Africa. And South Africa takes its democratic transition seriously. ‘Non-racialism’ is not an empty platitude — for many, it’s an attitude that signals a new way of thinking about everything.

Naturally, this is not a feeling that is apparent everywhere, but when one considers that the death penalty does not exist, or that two people of the same sex can get married in South Africa, one begins to appreciate that a few people at least are sincere about thinking anew. Many of the most significant changes to South Africa have occurred in connection with the law, and the best place to get a bird’s eye view of the changes is at the Constitutional Court on Constitution Hill. Located in a former prison (where numerous luminaries were jailed, at one time or another), ConCourt — as it is referred to — is a jaw-dropping exercise in both explaining the injustices of the past and showing how to set things right.

The court sessions are transparent — anyone can walk in to be a part of the proceedings. The hill, its museum and grounds are a living reminder that great good can come out of a terrible past.

IPL: What’s on offer
The cricket season is upon us. The Indian Premier League, being played out in South Africa, will climax on May 24. In all, 59 matches will be played, and eight of those, including the finals, will be played at The Wanderers in Johannesburg. If the Indian cricket fan wants to cheer his team in person, he will have to hop across the seas to do it. There are several packages on offer from the official travel partners, all of which include airfares on economy, match tickets, visas, insurance as well as airport and match transfers.

It also seems worth the effort though, to plan your own trip. Airfares are affordable, match tickets are available at www.computicket.com and cost R10-200 (approx. Rs 60-1,125). 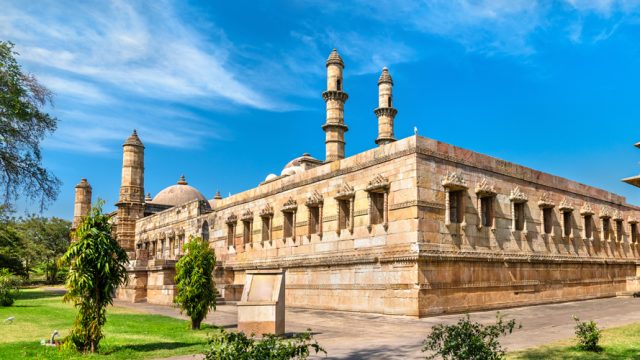 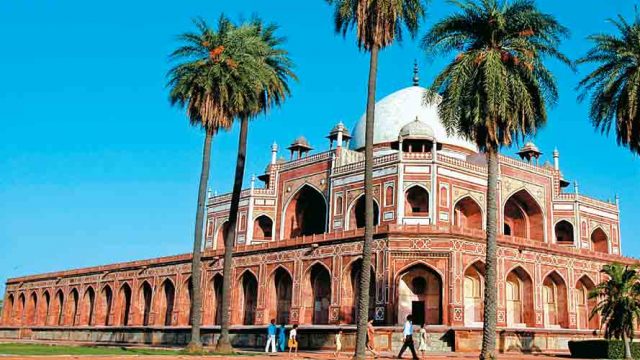 A Delhi Heritage Holiday, Where Stories Are Set In Stone

From historical monuments to crowded shopping malls, from Mughal gardens to the Delhi University campus, Delhi has multiple personalities making it ‘The good, the bad and the ugly’ 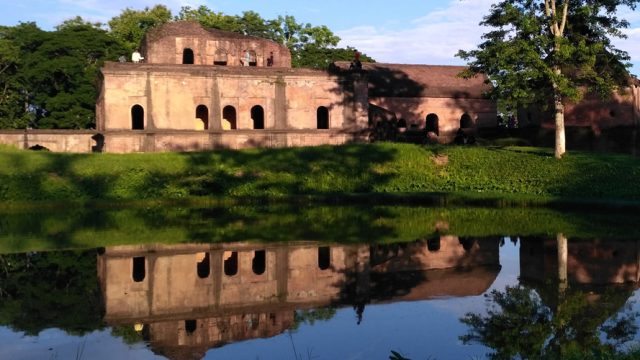 The Grand Heritage of Sivasagar