I stared wide-eyed at the two bridges. The first was made of bamboo and the second of

rusty iron cables; both had steel wires to hold onto for support. A board read “Don’t shake the bridge”, but despite my best efforts to adhere to this instruction, it shook and swung as I walked over it. An unnerving experience to walk on this bridge, suspended 25–30 feet in the air. On the other side of this primitive piece of engineering stood the village of Nongriat, home of the famed double-decker root bridge, one of the most prominent attractions in Meghalaya.

A two-hour drive from Shillong took me to Cherrapunji. Locally known as Sohra, it is best visited from May to September, when lashing rains drape the place in a resplendent green, but I found it enchanting even in January. The sky was always a clear blue and colossal white clouds dominated the horizon.

The next morning I headed to Tyrna village, the base for the root bridge trek. The trek starts with a descent on cemented steps, which lead into the forest. Lush green mountains can be seen while walking amid the dense vegetation. There are a few villages along the way. After one such village appears a Y-shaped junction, the left path of which leads to the double-decker bridge and the right to the single-decker bridge. We took the left first. Two bridges had to be crossed. Below the second bridge connecting the village of Nongriat lies one of the bluest natural pools one can hope to see—so transparent we could see the rocks at the bottom.

One of the stunning root bridges

A root bridge is a unique natural wonder. These ‘bridges’ are made of massive roots which have been guided by villagers over decades to intertwine with each other and form a single bridge strong enough to support people. A double-decker is one root bridge stacked over another. The entire trek covering both bridges takes close to five hours.

A sore calf from the previous day’s trek didn’t deter me from a caving adventure the next morning. Meghalaya is known for its cave systems and the most popular is the Mawsmai cave. Situated 6km away from Cherrapunji, entry to this cave starts at 9am and we were among the first to head inside. The route open for the public is well-lit with signs that guide you from entry to exit.

The cave was spacious, with only a few narrow passages that required squeezing and ducking. The limestone formations inside the cave glittered when we beamed our flashlights on them. Stalagmites and stalactites sprouted everywhere in various shapes and sizes. Abruptly, the huge cavern ended and so did our little adventure. Surprisingly we did not spot a single bat in the cave.

Our next stop for the day was Nohkalikai falls. While most waterfalls in Meghalaya are at their best during the monsoon, Nohkalikai remains majestic even in the winter. At 1,115ft, it is India’s highest plunge waterfall, dropping straight from the top of the plateau to an emerald green pool. While we admired the grandeur of the falls from the view point, I later learnt that there exist a series of steps leading down the cliff. The falls are associated with a legend about a woman named Ka Likai who jumped to her death from the cliff where the waterfall originates—hence ‘Nohkalikai’ or ‘the leap of Likai’.

It was afternoon when we started our four-hour ride through winding cliff side roads to reach Mawlynnong, deemed ‘Asia’s cleanest village’ in 2003. The first thing I noticed when I reached the village
were its tree houses. Made of bamboo, they offer perfect vantage points to get a bird’s-eye view of the village, look across at neighbouring Bangladesh or simply relax over a cup of coffee.

A stroll around the village reveals why it is so clean. There are bamboo dustbins at every nook and corner. A board specifies rules to be followed to maintain cleanliness. There are neat walkways built throughout, along which lie traditional thatched huts. Most have small gardens with colourful flowers.

Evening was spent watching the sunset followed by an intense football match in a nearby playground. Dinner was a simple meal of rice, dal and fried beans. Sleep came easy that night, in anticipation
of what awaited us the next day.

Near the Indo-Bangladesh border lies a special, spectacular river. The Umngot flows through a small town called Dawki, situated 30km away from Mawlynnong. The drive to Dawki is a treat in itself with an abundance of greenery along the way. The river is as mesmerising as the photographs I had seen. One way to appreciate
its beauty is to go for a boat ride. But we trekked along the river’s gorges and found a place to sit and admire its transparent waters. When the sun shines over its waters, the river seems to glitter and you can see all the way to its bottom. I realise that Meghalaya is all about moments like these, nature’s playground at its dazzling best. 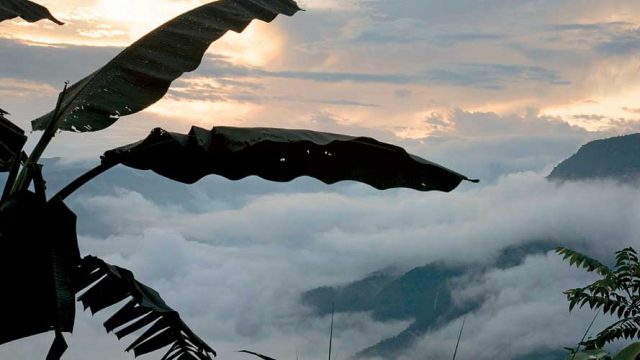 Sohra: Singin’ in the Rain

Sohra aka Cherrapunjee, is home to beautiful waterfalls, caves and living root bridges 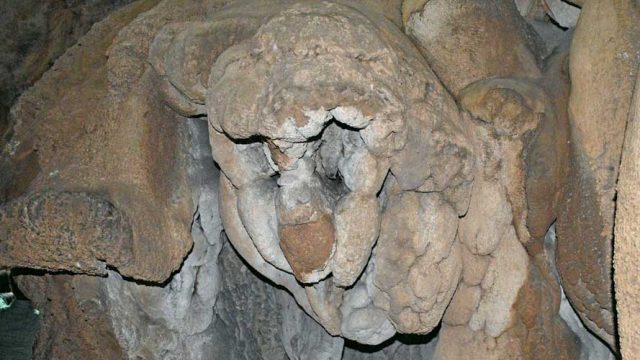 Also known as Cherrapunjee, there’s much more to Sohra than just the rain 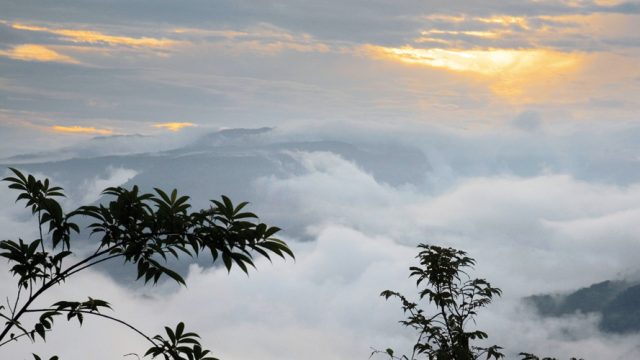 It’s not just the wettest place on earth