Home » Destinations » Just Back » Karnataka: Surf’s Up in Mangalore

All we could hear at six in the morning was the crashing of the waves. Mangalore’s Sasihithlu

beach, about 22 km from the city, was pristine at this hour. Yesterday’s footprints had disappeared, though the crab holes had not. Discreet movements behind one of the breakfast stalls meant that we could now order fresh filter kaapi. We had shown up in the wee hours to watch surfers prepare for the final day of India’s biggest surfing event, the Indian Open of Surfing. And soon enough, men and women clothed in neon spandex took to the water, swift and elegant. We saw the paradisiacal Sasihithlu, which is also the site where two rivers meet the Arabian Sea, metamorphose from morning’s sleepy child to dramatic world stage.

The event, organised by the Mantra Surf Club, was held over three days between May 26 and 28 and saw over 120 Indian and international surfers and stand-up paddlers (SUP) participate. But more than any of that, the event, just like Mantra, has been the catalyst for India’s foray into the world of surfing.

Surfers from all over the world participated in the Open
Puneet K. Paliwal

It was the day of the semi-finals and finals. Footprints again dotted the sand as the crowds sought out the best views. The crabs chose to hide. Drones flew over, loud music played and the emcees cheered everybody on. The finals of the women’s category saw the youngest of the finalists, 16-year-old Aneesha Naik, win hearts when she came out of the water mid round and hugged her mother. Fisherman Sekar Patchai (first in the men’s SUP and Seniors category surfing) performed outstandingly. Jonty Rhodes, famous South African cricketer, surfer and an ambassador of the SFI, was present too to encourage the participants. Many of them rode waves and performed complicated manoeuvres that brought them closer to a perfect score. Skill, presence of mind, precision and elegance—all were on display.

Surfing comes with its own culture—surf rock, colourful surf wear, the attendant shops. Thus did the Indian Open of Surfing too come packaged as a three-day cultural extravaganza. A sea of stalls, kiosks and small eateries lined the beach. Artists could be found painting a surf scene on massive OHP sheets stretched between two trees. The Mantra Surf Club was selling swimwear. At one place I spotted a vigorously decorated graffiti container.

We witnessed more than one sport—we also met Samar Farooqui, a ‘slackline entrepreneur’. Slacklining involves walking across a flat rope, a considerable feat of balance. His company, Slacklife Inc, had set up shop there. Once Farooqui took to the ropes, not only did he display perfect balance, he also showed us a couple of cool drops. A group of young skateboarders showcased a trick or two on a small skateboarding ramp. In the evening, there were music performances, including a popular one on the final day by Peepal Tree, a well-known indie rock band.

In just two years of the Open, Sasihithlu beach has become a popular destination for cityfolk
Puneet K. Paliwal

Sitting and watching all of this unfold around him was the founder of the Mantra Surf Club, the 70-something Jack Hebner, popularly known as ‘Surfing Swami’. With his story begins the story of surfing in India. Hebner learned to ride the waves as a youngster in Florida in the 1960s. In 1976, he came to India to learn yoga at an ashram. He fell in love with the country and stayed on. His lifelong love for surfing made him start the Mantra Surf Club, India’s first surf school, in 2004. It functions like an ashram with yoga, prayers, meditation, surfing in the morning and offers only vegetarian food. Kids are taught discipline, self-respect and respect for others.

But how did this one club give rise to surfing in India? For that, we need to understand the stories of certain individuals associated with Mantra.

In 2002, Murthy Megavan, a fisherman from the fishing village of Covelong, near Chennai, saw Hebner “floating on a board” at Covelong Point. Fascinated, he asked the surfing guru to lend him his surfboard. Hebner was initially hesitant, but obliged, and to his surprise, Megavan managed to properly ride a wave—on his first attempt. After that, Hebner left and did not see Megavan for several years. Meanwhile, the fisherman continued to surf—using a broken wooden window—till Yotam Agam, an Israeli surfer, gifted him a surfboard. Soon enough, Megavan had become very good at the sport and began teaching people from his community. He finally formalised the training he received in the form of the Covelong Point Social Surf School. Today, Megavan’s school is a prominent one for surfers, and his students, mostly fishermen, managed about half-a-dozen first and second place finishes at the Open.

Jack Hebner, in his past 41 years spent in India, has merely reminded Indians that they were born to take on the waves
Puneet K. Paliwal

But that is not the only surfing school in Covelong started by a fisherman. Manikandan Appu is 27 and started surfing just a little after Megavan at the age of 14. A fed-up mother insisted that he continue with fishing. But Appu paid no heed. In 2010, he quit his family profession to focus on surfing. He taught in Megavan’s school before opening the Ocean Delight Surf School. He links his experience as a fisherman with his surfing success: “Fishing boats need to be balanced according to the waves, or else the food will fall over. Surfing is similar.” Thanks to the efforts of Megavan and Appu, fishermen’s children now understand surfing and some even want to pursue it.

There have been many successful female surfers who have emerged out of Mantra Surf Club. Most inspiring is the story of Tanvi Jagadish, a 17-year-old from Mangalore who began surfing at the age of 10 and is a member of the club. Surfing helped cure her asthma and April Zilg, a well-known stand-up paddler from North Carolina, introduced her to a variant of surfing (SUP in its race format, which involves paddling aboard across choppy waters). After that, Jagadish began conquering national and international competitions. By 2017, she had represented India twice and had won third place. But hers is not just a story about skill. It’s about challenges too—the people around her were opposed to surfing because of issues with safety and attire. Eventually, the laurels helped her gain family support.

India’s first pro female surfer, Ishita Malaviya, was studying in college in 2007 when she and her partner chanced upon a German exchange student who had carried his surfboard to India. They also met the surfers at the Mantra Surf Club. These meetings inspired her to pursue the sport. Today, she runs her own surfing school, the Shaka Surf Club.

While it is true that surfing has foreign origins, as Hebner says, “India has a surfing DNA”. After all, we have 7,000 km of coastline and beaches and scores of fishermen who brave the seas every day. Maybe one day we will master this sport too? With the efforts put in by Hebner and his club, that day may arrive much sooner than we think.

The Event
The second edition of the Indian Open of Surfing was held on Sasihithlu Beach, Mangalore, Karnataka in May this year. It is usually held over three days in late May, just before the monsoon hits the region. Organised by the Mantra Surf Club and Kanara Water Sports Promotion Council, it is part of the Karnataka Surfing Festival and recognised by the Surfing Federation of India. Surfer registration at indianopenofsurfing.com/surfersregistration. Contact: Mantra Surf Club (9663141146, surfingindia.net)

Surfing Hotspots in India
Sasihithlu Beach is known for its even beach with tall waves and two rivers, Nandini and Shambhavi, spilling into the ocean.

The beaches of Puri in Odisha are home to the Indian Surf Festival, organised by an outfit called the Surfing Yogis (9738017901, surfingyogis.org). 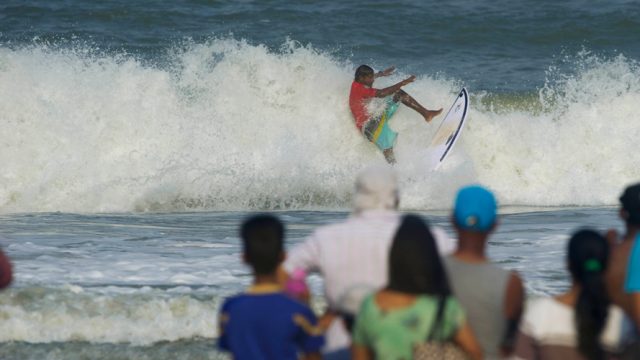 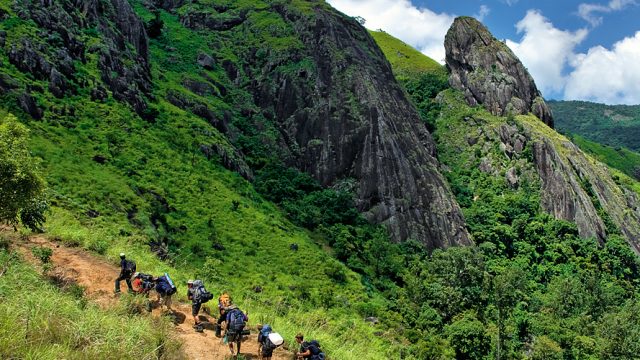 From paragliding in Vagamon to Off-roading in Munnar, here’s the adventurous side of God’s own country 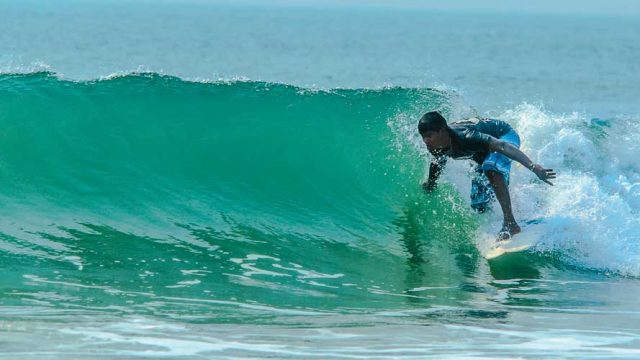