Home » Destinations » Features » Kabini: Searching for the Call of the Kapila

The first time we went to Kabini was back in 2013. Having just moved back from the

United States after 11 long years, we were excited to explore the gorgeous state of Karnataka, a place we would call ‘home’. Every long weekend we had, we made full use of – packing our bags and heading out to discover a little more. It was on one of these trips that we found ourselves in Kabini.

The thrill of a jungle safari was unparalleled. It was our first time in a jungle and to be lucky enough to catch a glimpse of a majestic leopard was beyond thrilling. Our guide was wonderful, as he explained the secrets of birds and animals during the whole three hours. During an early morning boat safari, we saw a herd of elephants peacefully bathing on the banks of the Kabini, or the Kapila, as called otherwise. We didn’t want to miss anything that Kabini offered. Unfortunately, the trip was over too soon. Over the years, the images faded in my memory but I was left with a lingering, yet strong, feeling. It was a feeling of absolute calm. I knew, without doubt, that one day I would go back.

The river is life source for many

Fast forward five years later. The call of the Kapila was still alive and we decided to pay heed. Packing our bags, we set off to one of the many lodges that line the banks of the river.  I am, by nature, a restless traveller. My idea of a vacation is scourging through websites and blogs to find out hidden gems. Thus, by the time we left, I was armed and ready with a list of things to see, do and eat.

We reached the resort and I walked over to the water’s edge. Small, gentle waves welcomed me back. Does a river carry with it a stream of consciousness? Does it have memories of those who touched its shores? It had been five long years but the feeling of bliss was the same. The list of things to do floated down the river, Kabini would decide our itinerary.

Catch a glimpse of a peacock on a safari

The next day, we ventured into the forest. A hush fell over the bus the moment we passed through the forest guard checkpoint. We rode through the jungle listening intently and scanning the environment for a glimpse of the stripes or pug marks. No matter how hard our guide tried, we failed to see a big cat. But instead, we spotted deer, the little ones tailing their mothers; elephants; eagles; vultures; blue jays; dozens of peacocks, each more graceful than the other; and bison. Though we came out a tad disappointed, nevertheless, the three hours in the jungle was magical.

Say hello to a deer when in Kabini

The next day we took a long boat ride down the river. As we floated, we were amazed to see how the Kabini opened up. The Kabini has much to offer – fiery sunsets with shades of crimson, magnificent beasts near its jungles, gorgeous birds, and not the mention the river itself. She moves quietly and, in moments, with urgency. She ebbs and flows as it pleases. She sustains life on either side of its banks – humans and animals alike.

Though it was soon time to head back to the city, I knew that the Kapila would call for me again. And, as usual, would be back to create new memories.

The jungle is rich with birds and animals

Getting there: Kabini is about a 4.5-5 hour journey from Bengaluru by road if you take the NH 275 and SH 33. Kabini is well connected by KSRTC buses. The nearest railway station is Mysore, which is about 80 km away.

Stay:There are a number of luxury accommodation options available. Some of the popular resorts include Evolve Back (formerly Orange County), The Serai, The Bison and Waterwoods.

Insider tip:  If your primary objective is wildlife spotting, then the government-run Jungle Lodges (contact: 8228264402/03/05) is your best option for accommodation. Guests get to explore the jungle in open-top jeeps while others do so in mini-buses.

Regenta LP Vilas Is All About Big Stakes and Big Spaces

It easy to get bowled over by the open layout and use of natural light at the Regenta LP Vilas, 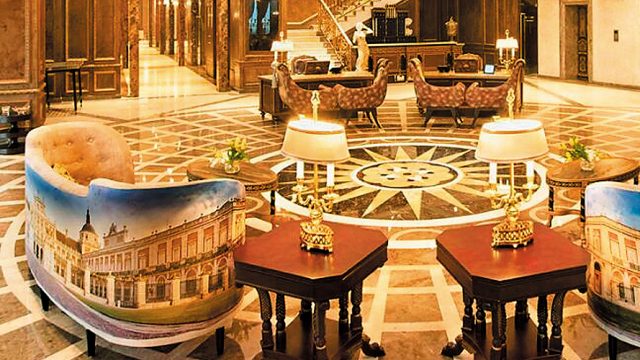