city as a metaphor for a spiritual journey in his poem “Sailing to Byzantium”, a city that is “no country for old men”, the city’s magnificent monuments compared to “unageing intellect”, the beauty of the gold mosaic monuments as “God’s holy fire”—Byzantium or the modern day Istanbul was and is indeed a place that will leave a traveller mesmerised by its timeless beauty. The erstwhile ancient Greek colony, now Istanbul, is one of the most visited cities in the world. Beautiful, timeless monuments, geography, city life, culture, art, are some of the most major aspects of the picturesque city by the busy yet picturesque Bosphorus waterway. Though mostly known for its Byzantine and Ottoman architecture, Istanbul is also home to some very popular Roman architecture. Istanbul is also known as the European Capital of Culture.
Pedro Szekely / flickr

Istanbul by the Bosphorus

Getting There
Indians are required to have visa to enter Turkey. Ordinary passport holders can obtain their visas from vsfglobal.com/turkey/india/Tourist. Ordinary, Special and Service passport holders with valid Schengen, US, UK and Ireland visa may obtain their single entry e-visa (valid for one month) from evisa.gov.tr.

The harem at Topkapi Palace

Topkapi Palace, erstwhile main residence and administrative headquarters of the Ottoman sultanate, is now the biggest museum in Istanbul and one of the most popular sites to visit. The very popular Unesco World Heritage Site houses an impressive collection of Ottoman clothing, weapons, religious relics and manuscripts. Ottoman imperial harem is worth the visit. But this heritage site comes with its own set of rules for visitors (topkapisarayi.gov.tr/en/visit-information)

Hagia Sophia or ‘Holy Wisdom’ in Greek, was an old Greek orthodox church first, then an Ottoman imperial mosque and now one of the popular museums to visit in Istanbul. A great example of Byzantine architecture, Hagia Sophia’s looming dome is a great attraction for fans of culture and architecture. The second most visited museum in Turkey presents an unforgettable show in its elaborate frescoes, mosaics and fine marble floor. (ayasofyamuzesi.gov.tr/en). Sitting right next to Hagia Sophia is Sultan Amhet Mosque or popularly known as Blue Mosque, a mosque still in function. The mosque has hand painted blue tiles (hence the name) all over its interior and exterior walls. The mosque is an architectural delight with its five main domes and six minarets. Also located near Hagia Sophia is the ancient Basilica Cistern. The famous subterranean structure, featured in 1963 James Bond film To Russia with Love, and Dan Brown’s Inferno (novel and movie adaptation), is an architectural marvel. The Basilica Cistern is open daily for tourists from 9am to 5:30pm.

Dolmabache Palace by the Bosphorus

For a glimpse of traditional Ottoman palace life, visit Dolmabache Palace. It is located on the European coast of Bosphorus and is the largest palace in Turkey. The palace reflects European influences and is home to some of the finest Ottoman art and culture. Dolmabache Palace is largely decorated with gold and crystal. One can see the palace only through guided tours; photography is not allowed inside the palace (dolmabahcepalace.com).

Galata Tower, Istanbul’s most striking landmark is a must-visit if you want to get a panoramic view of the city. There is a restaurant, café and a nightclub on the top floor of the nine-storied tower. The locality of Galata is a marvelous tourist attraction as it is home to many churches and synagogues. One of the most popular experiences one can have while exploring Galata is to go see a performance at Galata Convent of Whirling Dervishes. It is open for public everyday except Mondays, from 9am to 4:30pm. If you are an art lover, Istanbul Museum of Modern Art is something you can’t miss. From local talents to workshops and exhibitions, you can find it all here (istanbulmodern.org/en).

One of the most exciting experiences you can have while in Istanbul is the Bosphorus Bridge or the 15 July Martyrs Bridge. The Bosphorus Bridge extends between Ortaköy (in Europe) and Beylerbeyi (in Asia). If you want to take a break from all things heritage, you can visit the TurkuaZoo, a public aquarium which is also one the largest aquariums in Europe. It is open daily from 10am to 7pm.

Istiklal Avenue is an elegant pedestrian street with a number of boutiques, shops, art galleries, theatres, cafes, night clubs and restaurants. There is no dearth of entertainment options. If you want to spend some quiet time, you can visit one of the many libraries around. You can even take a tram ride around the avenue. Istiklal Avenue eventually leads up to Taksim Square, the centre of modern Istanbul. Taksim Square is one of the most important parts of Istanbul. Not only is it the main transportation hub in Istanbul, but also an important commercial district. There are many hotels, restaurants, pubs and eateries in Taksim Square, making it one of the most popular and frequented tourist places. Also, you can experience many public celebrations and events in Taksim.

What & Where to Eat
When in Turkey, eat like the Turks do. The world renowned cuisine is influenced by many cultures, so it is possible that you may find dining an experience in itself. Best is to explore the local specialities. Visit one of the local eateries for the famous and elaborate Turkish breakfast. Menemen, Turkish omelette, is one of the local favourites. Visit a meyhane—a traditional restaurant—for their mezes—a shared platter. Something for a fun eating experience. Turkish kebaps are not to be missed. Do try Adana kebap, these are prepared only by restaurants approved by Adana Chamber of Commerce. Turkish ravioli manti, the famous warm desserts künefe and baklava are also some of the dishes you must try as prepared by the locals.

Where to Stay
There are high-end options like the Four Seasons Hotel Istanbul (from ₹26,060), Fairmont Quasar Istanbul (from ₹12,533), Four Seasons Sultanahmet (from ₹22,238) and Sura Hagia Sophia Hotel & Spa (from ₹10,123) if you are looking for luxurious stay. There are plenty of budget hotels around like the Hampton by Hilton Istanbul Kayasehir (from ₹3167), Orient Express Hotel (from ₹3434) and Old City Hotel Sultanahmet (from ₹2086) if you are looking for cheaper options. Solo travelers/backpackers can also opt for hostels(hostelworld.com/istanbul). 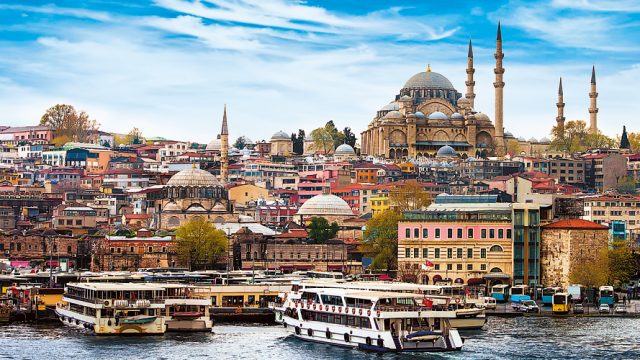 Ever wondered what you could do while on a boring, long drawn halt? Turkish Airlines makes sure you get a peek into Istanbul’s culture with Touristanbul 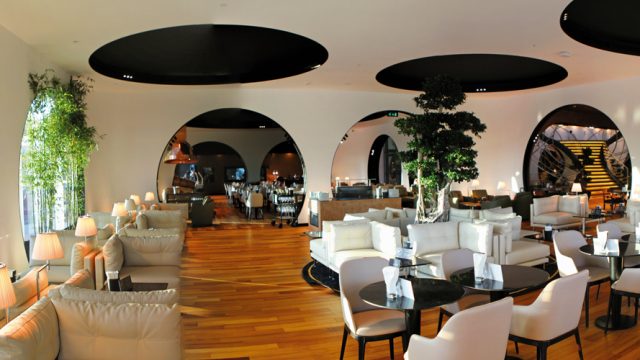